We American moms forget that while we have so many choices for our children’s births, that’s not the same the world over. While we’re lamenting we feel cheated because our birth plans weren’t followed and we didn’t get to experience the perfect birth, other women are forced to give birth in unclean environments and without necessities like clean water. The difference between them and us? A random act of birth that placed us in a world where we wouldn’t think of having a child without all of the modern accouterments afforded us by our society.

And worse, once these women give birth their child, they may have no choice but to give them dirty water to drink which they know will make them sick. In fact, according to the World Health Organization (WHO) in 2015, a newborn child died from an infection caused by an unclean environment and lack of safe water every minute. That’s a staggering fact and one we shouldn’t accept!

WaterAid – Providing Clean Water for Mothers Around the World

Thankfully, someone is doing something to change this grim statistic. WaterAid US is part of a global federation that works alongside six other members – Australia, Canada, India, Japan, Sweden and the UK.  WaterAid has teams in East, Southern, and West Africa as well as Europe, Asia, the Pacific, and the Americas (see WaterAid  – Where We Work) where they’re changing millions of lives every year.

WaterAid’s CEO is Sarina Prabasi. She experienced the effects of giving birth in Ethiopia where dirty water and poor sanitation caused her infant to become chronically ill. Since then, she’s been on a mission to prevent other mothers from suffering in the same way. Through WaterAid, Prabasi has provided clean water, decent toilets, and hygiene education to more than 24.9 million people so far.

Giving the gift of clean water to women around the world means a safer and more dignified birth for all babies. It also means mothers can avoid the illnesses brought on by dirty water so that they stay healthy and can care for their children. It also means that those children who are lucky enough to go to school won’t miss days because of water-borne illnesses.

All these families want is what we have. Safe water so they don’t have to worry about keeping their kids from becoming ill so they can concentrate on earning a living and caring for their kids.

Honor Your Mother with a Gift From WaterAid.org

Honor your mother by helping mothers around the world. Make a donation to www.WaterAid.org/us or visit the WaterAid Shop and choose a gift.  A bag of cement is just $12 and helps build a life-saving latrine. Or, purchase a rainwater tank for $100 that will store, collect, and filter rainwater, so an impoverished mom doesn’t have to walk miles for clean water or obtain water from contaminated ponds. For $200, mom can have a handwashing station installed to reduce the risk of illness. WaterAid also provides education in hygiene. You can also help your mom stay hydrated by purchasing an infuser water bottle – proceeds go to support WaterAid’s mission, and mom gets a cool cup.

Other Ways to help

Check out WaterAid’s accountability and reputation on Charity Navigator.

March of Dimes, Kmart and Jillian Michaels Team Up to Support Babies 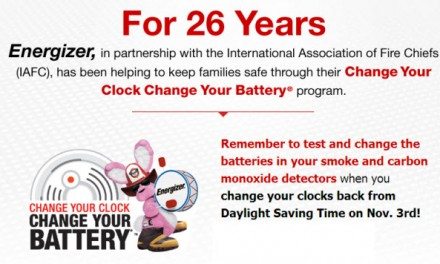 Car Seats: Is Yours Installed Correctly? Find Out at #therightseat Twitter Party

Painted Rocks: What’s It All About and How To Find A Group