Antibiotic-Free Meat: What’s It Mean & Where to Find it in the Grocery Store & Dining Out

Many people shop for food without considering where it comes from and how it’s grown. Often taste and price are the only things that factor into our buying decision. But lately, the issue of animals routinely being medicated with antibiotics has come to the forefront, and it’s starting to make many consumers aware of the results of this type of farming and the perils associated with not choosing antibiotic-free meat.

A Consumer Reports survey conducted in late 2015 found that 25 percent of food shoppers were buying no-antibiotic meat and poultry more often than they did the year before.  – What Those ‘No Antibiotic’ Claims Really Mean – Consumer Reports – Date Accessed: October 12, 2017

At issue isn’t the treating of ill food animals with antibiotics, it’s the use of them to prevent diseases and to help them grow faster. But why does it matter if they choose to raise them this way? Isn’t it a good thing to limit illnesses? And who doesn’t love a big, juicy chicken breast?

Consumer Reports’ calculations of data from the Centers for Disease Control and Prevention show that about 20 percent of people sickened by antibiotic-resistant infections got ill from something they ate.  – What Those ‘No Antibiotic’ Claims Really Mean – Consumer Reports – Date Accessed: October 12, 2017

Here’s Why You Should You Chose Antibiotic-Free Meat

The problem is that this overuse of antibiotics has contributed to bacteria that can be transmitted to the person who prepares or consumes it that is resistant to antibiotics.

I found out first hand recently just how painful an antibiotic-resistant infection can be when I contracted a bacterial infection three months ago from a non-food related source. I had a bump that became infected, and within a day, I had a painful, weeping, and bloody wound that spread to a whopping 10” wide by 12” tall open sore on my torso.

After a trip to the emergency room, I was sent home with several antibiotics and pain pills. I won’t go into the details, but I will say bacterial infections are no joke. I was a bloody mess for nearly two weeks, and throughout that time I was in excruciating and never-ending pain.  I’ve gone through five different antibiotics since then and the infection, while much better, is still not gone. But I was lucky.

In May (2016), a report commissioned by UK Prime Minister David Cameron pointed out that 700,000 people each year die from bacterial infections that do not respond to antibiotics. Then, doctors announced that a Pennsylvania woman was the first in the U.S. to be diagnosed with an infection caused by bacteria that are resistant to an antibiotic of last resort called colistin. The Case for ‘No Antibiotic’ Meat – Consumer Reports –  Date Accessed: October 12, 2017

Antibiotic-Free Meat: Here’s How to Read the Labels

It’s important to know what you’re buying, but labels can be confusing. The only labels that mean that your meat was raised without any antibiotics are “No Antibiotics Ever,” “Never Given Antibiotics,” and similar phrases. That tells you that the animal received no antibiotics of any kind, at any time of their development. Any food animal that becomes ill and requires medication is removed from the no antibiotic line and is processed with conventionally raised animals. These antibiotic-free producers are inspected by USDA Inspectors, and their meat carries the USDA Process Verified seal.

Where to Find Antibiotic-free Meat When You Dine Out

Thankfully many companies are seeing that consumers are reacting positively to this change in animal farming by buying meat grown without the drugs and that’s better for us all. In fact, even restaurant chains are making the switch due to consumer demands. But how do you know which food chains are offering better choices?

In 2015, the Chain Reaction report was released. It was based on surveys compiled by the Natural Resources Defense Council, Food Animal Concerns Trust, Friends of the Earth, Consumers Union, and Center for Food Safety. They compiled the survey data of the top 25 U.S. restaurants to grade them based on their policies and practices regarding antibiotics use and transparency in their meat and poultry supply chains.

This same group recently published the 2017 Chain Reaction III Report and Scorecard  (executive summary – full report) which shows some movement towards more options when it comes to choosing antibiotic-free meat and poultry when you dine out.

Grade A: Still at the top of the list is Chipotle and Panera Bread. Both have exemplary policies and practices in regard to antibiotics used in their supply lines and are the only companies in the top 25 to sell only antibiotic-free beef, pork, and poultry currently.

Grade B+: Subway. This chain made a huge commitment to moving to antibiotic-free meat and poultry supply chain by 2025.

Grade B: Chick-fil-A has progressed in implementing their policy.

Grade B-: Taco Bell and KFC – both are making progress. KFC has improved the most – in 2015 they earned an “F.” They’ve moved up by committing to transitioning their entire supply by 2018 to being raised with antibiotics important in human medicine.

Grade C+:  McDonald’s remains at a “C” because while they’ve implemented a new chicken policy that states that their chicken served in the US will be grown without medically important antibiotics, they’ve made no commitments for beef and pork. Additionally, what commitments they are making are at the lower level of still using antibiotics, but not ones usually used in humans.

Grade D+: Pizza Hut and Starbucks both find themselves near the bottom. PIzza Hut because they set policies but are only applying them to a small fraction of their chicken purchases. Starbucks has come out with a policy for chicken, but nothing for beef or pork.

Grade D: Dunkin’ Donuts, Jack in the Box, Burger King, and Papa Johns all ended up in this category because while they adopted new policies regarding the use of medically important or all antibiotics, but they failed to implement them or they lacked transparency or timebound commitments for both pork and beef.  The exception is Papa Johns – they adopted an acceptable policy, but they only applied it to a small portion of their chicken purchases and they’ve not allowed an independent auditor to verify their compliance.

The Future of Antibiotic-Free Meat

With up to twenty-five percent of all of the chicken sold in the U.S. being purchased by fast food chains according to the National Chicken Council, these companies have some powerful persuasion to change the way our food is grown. And we have the power to make them realize it’s important to us.

More about Antibiotic-Free Meat From the NRDC 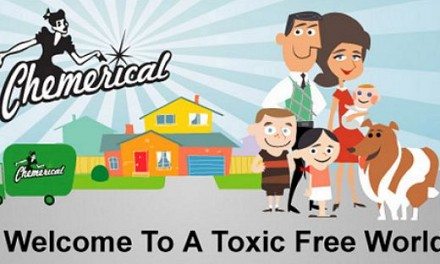