If you’re worried about the state of your own child’s report card, then you might also be concerned that most American children don’t learn very much in school.

Since 1969, our government has kept track of how well children are learning.  Visit www.nationsreportcard.gov.  The numbers you see are the “percentage of students at or above proficient.”  Suppose you want to know the percentage of 8th graders doing reasonably well in math.  It’s 33%.

If 33% of 8th graders are proficient in math, then 67% are not doing reasonably well in math!  It’s appropriate to be concerned.  But how to make a difference?

As a nation, we’ve tried to make changes in how schools do their job.  Modest improvements have resulted.  But the massive improvement we’d all like to see won’t come solely by changing educators.  We also need to change the children.

That’s where parents like you come in.  Here’s how you can make a difference.

Rethink Your Goals for Your Child

Parents want their children to be well-rounded.  They encourage participation in many in- and out-of-school activities.  Schools, too, pursue well-roundedness by offering a wide range of extracurricular activities and courses.  Everyone says that gaining skill in career-building STEM subjects is critical.   But if we watch how children actually spend their time, we get a different picture.

Parents whose children receive the highest marks, again and again, know that academic excellence and well-roundedness are not compatible goals.  Yes, well-roundedness is a reasonable goal.  But its ever-expanding demands on time and energy interfere with children’s mastery of key skills.

Ask yourself:  If school learning truly had the highest priority among my goals for my child, what changes would I need to make in how she spends her time?

Rethink Your Beliefs about Children’s Abilities

In comparison with parents in other nations, Americans believe more strongly that the most critical determinant of academic prowess is the natural abilities that each child acquired at birth.  Their job as parents, then, is to discover her potential and ensure it’s fully attained.

Parents whose children consistently rank at the top know that children have varying aptitudes, but that doesn’t interest them.  They also know that by far the largest factor distinguishing one student from another is a willingness to devote persistent effort to study.  They and their children believe that one’s potential is not fixed by the accident of birth, but is capable of expanding through effort.

Ask yourself:  If my child and I accepted that her future is far more about her dogged determination and effort than about the abilities she received at birth, how would my behavior change?  How would hers?

Rethink Your Response to Your Child’s Poor Test Scores

We live in a success-oriented society.  We applaud our child’s high test scores.  We help her regain her self-esteem when a test score was disappointing.   That’s because we believe that the foundation of mental health and long-term success is strong self-esteem.

Parents whose children excel in school know that academic distinction is not an outcome of high self-esteem.  They also know that a poor test score requires rapt attention to diagnosing and remedying what their child hadn’t well understood.  A poor test score potentially reveals where your child needs to concentrate her study efforts.  Then as a result of top performance, her self-esteem can grow organically.

Ask yourself:  If I combined (a) helping my child to diagnose and remedy the causes of her poor test scores, with (b) allowing her self-esteem to grow solely due to outstanding academic successes, what might be the result?

Rethink Your Beliefs about Who Is Responsible

Whom do you believe is mainly responsible for your child’s performance in school?  Most parents believe that the school has primary responsibility.  That’s why Americans repeatedly make changes in how educators do their jobs – while never thinking of changing the children.

Ask yourself:  If my child and I jointly accepted primary responsibility for her classroom learning, how would my daily behavior change?  How would hers?

Where Do These Insights Come From?

They come from patient observations by social scientists of a large group of students who long ago become legendary for their consistently high academic performance.  Fortunately, the researchers examined what was going on in the students’ homes as well as in their schools.

Ask yourself:  If I’m really convinced that educational excellence is supremely important for my child’s future, what is preventing me from…

Cornelius N. Grove, managing partner of the consultancy Grovewell, is also an independent scholar and author of iconoclastic books on education.  His latest book is The Drive to Learn: What the East Asian Experience Tells Us about Raising Students Who Excel.

After attaining an M.A.T. at Johns Hopkins, he taught history in White Plains, NY; worked in educational publishing; traveled abroad for two years; and earned an Ed.D. at Columbia.  While employed by a student exchange organization, Dr. Grove taught a course on “cross-cultural communication in the classroom” at two universities.  He then taught in Beijing and co-authored Encountering the Chinese (3rd Ed., 2010).  In 2005, he delivered in Singapore a major conference paper on instructional styles worldwide.  This inspired him to begin providing Americans with historical and cross-cultural perspectives on their children’s classroom learning.

In The Drive to Learn (2017), Dr. Grove focuses on the contrasts between U.S. and East Asian cultures, yielding fresh insights about the strong influence of parenting on a child’s classroom success.  For detailed information, visit www.thedrivetolearn.info. 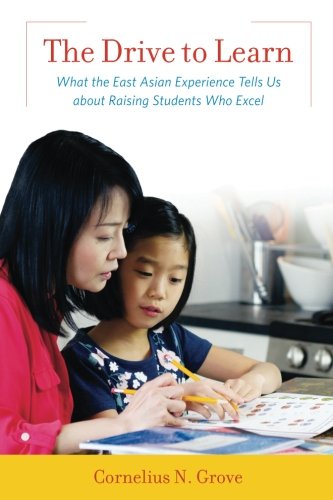 The Drive to Learn: What the East Asian Experience Tells Us about Raising Students Who Excel 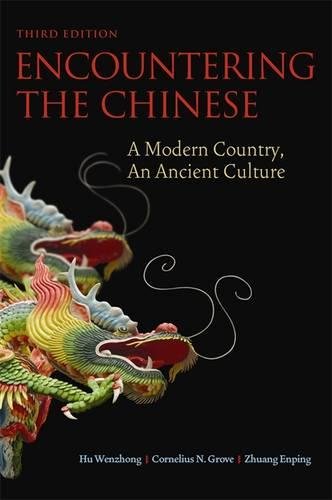 Encountering the Chinese: A Modern Country, an Ancient Culture 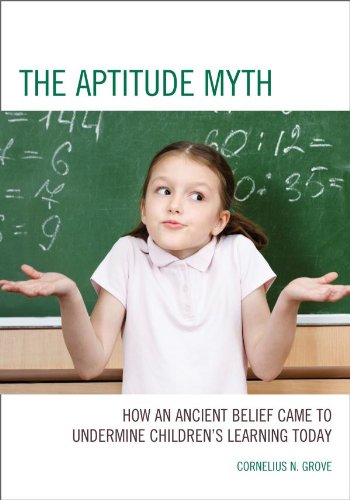 The Aptitude Myth: How an Ancient Belief Came to Undermine Children’s Learning Today