I received tickets to FINDING NEVERLAND at the Seattle Paramount Theatre to facilitate this review; however, all opinions are my own.

STG Presents & Broadway at The Paramount welcome
FINDING NEVERLAND
January 10 – 15, 2017 (eight performances, including two matinees!)
Run time is approximately 2 hours 30 minutes with one intermission
THE PARAMOUNT THEATRE 911 Pine Street Seattle, WA 98101 directions ›
Reserved Seating Tickets start at $30! (not including fees)
Buy tickets at stgpresents.org, tickets.com, and select Ticketmaster locations. You may also purchase tickets by calling 1-800-745-3000 or purchasing them in person at The Paramount Theatre Box Office (Monday through Friday, 10 am to 6 pm).

The musical “Finding Neverland” is based on both “The Man Who Was Peter Pan,” the 1998 semi-biographical play by Allan Knee, about J.M. Barrie’s life and relationship with the Llewelyn Davies family, as well as the feature film of the same name. Finding Neverland is based on the real people and events that inspired “Peter Pan.” We follow Barrie, a relatively famous stage writer, whose most recent production has fallen on hard times. Barrie’s backer, Charles Frohman, tells Barrie he must produce a hit, as the theater company is nearing bankruptcy.

Whilst trying to write in Kensington Park on an unusually warm London afternoon, Barrie runs into Sylvia Llewelyn Davies and her four boys, Michael, Jack, George, and Peter. As it turns out, Sylvia is a fan of Barrie’s writing and is excited to hear about his new work. She points out to him that this new piece is nothing more than a derivative of all his other works. Barrie agrees and tears the manuscript apart. The children remind Barrie that the reason he became a writer was because he found writing fun, but as he tells Sylvia, he’s been writing for work for a long time.

Taking inspiration from the boys he participates in all their playtime adventures including imaginative play including wild west characters, pirates, and cops and robbers. Barrie begins to formulate a play based around a boy who never grows up. But Barrie receives a lot of pushback from his employer, Mr. Frohman, whom Barrie imagines as Captain Hook. Eventually, Barrie is able to convince Frohman and the cast to produce his play, which he has decided to call, “Peter Pan,” after Sylvia’s son, Peter.

This North American touring production of “Finding Neverland” is a beautiful and imaginative evening of entertainment complete with lots of laughs and a lot of heart. The stage is set with bright, vivid colors, greens, purples, and blues providing a magical experience. This enchanting musical is a family-friendly production, but one that won’t leave parents bored, as the music and performances are top notch. It’s wonderful to see a stage production that reminds you so well of your youth, and makes you think, “why can’t I still play?” It’s a great reminder not to take life too seriously, even when your world has gotten turned upside down.

I really enjoyed this whimsical production and would see it again. I hope you’ll check it out! 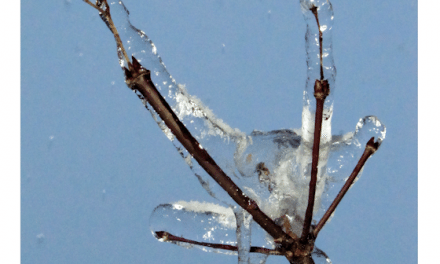 Seattle Ice Storm Photos Plus 24 Hours of Peace and Quiet

Redmond Costco Grand Opening Plus Do You Know About Costco’s Home & Business Services?