Queen of Katwe preview was provided by the Disney Company; all opinions are my own.

Disney’s newest film, Queen of Katwe, is based on the real-life story of Phiona Mutesi. She’s a young girl growing up on the streets of Kampala, Uganda. Her life is changed when she meets Robert Katende, a former missionary who’s taken on the challenge of teaching the local children the game of chess at a makeshift church. It’s here that Phiona discovers she has a natural talent for the game and within two years, at the age of sixteen, she wins the title of Woman Candidate Master. This prestigious title is the first step in the quest toward becoming a Grand Master.

Disney shares her heartwarming story and accomplishments as well as the relationship between her and her coach. In anticipation of the film’s September 23rd release date, Disney has provided several photos from Rober Katende’s personal collection of Phiona and the events leading up to her win. Disney has also provided production stills to show the difference between the real story and the Disney version.

Robert Katende was a recent college graduate and soccer coach for Sports Outreach Ministry who ran a chess program for impoverished children in the slums of Kampala when he first met Phiona Mutesi. As Phiona’s coach, mentor, and father figure, Katende was instrumental in helping her pursue her dreams and become the champion she was destined to be. Today he is married with three children and houses several of his chess students while simultaneously serving as the Director of Sports Outreach in Kampala and running 300 chess programs throughout Uganda.Photo Credit: Robert Katende

David Oyelowo as Robert Katende and Madina Nalwanga as Phiona Mutesi in Disney’s Queen of Katwe.

David Oyelowo and Madina Nalwanga in the film Queen of Katwe

Madina Nalwanga (left) as Phiona Mutesi in “Queen of Katwe.”

Phiona Mutesi (left) the young girl the film “Queen of Katwe” is based on.

Disney obviously made some changes from the real-life look to make it pop on film. It’s how the movie’s director Mira Nair wanted the place where she’s had a home for over two decades presented.  Perhaps the most notable change are the hats which aren’t found in any of the original photos that several of the children wore throughout the film in addition to the vastly more colorful clothing worn by the characters in the movie.

But the minor changes didn’t detract from the story.  In fact, I was left with a warm feeling as I left the theater because of the stunning colors and textures captured by the cinematography. It’s life, only brightened and sharpened a bit.

Plan to see Queen of Katwe when it opens in theaters September 23, 2016. 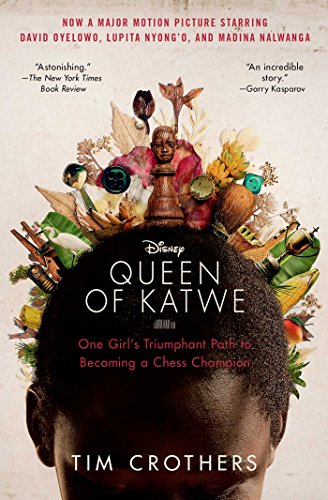 The Queen of Katwe: One Girl’s Triumphant Path to Becoming a Chess Champion 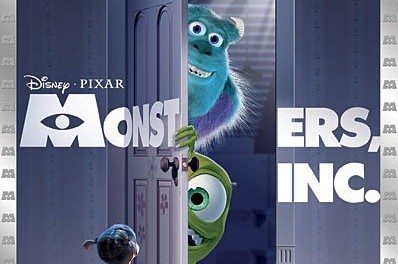