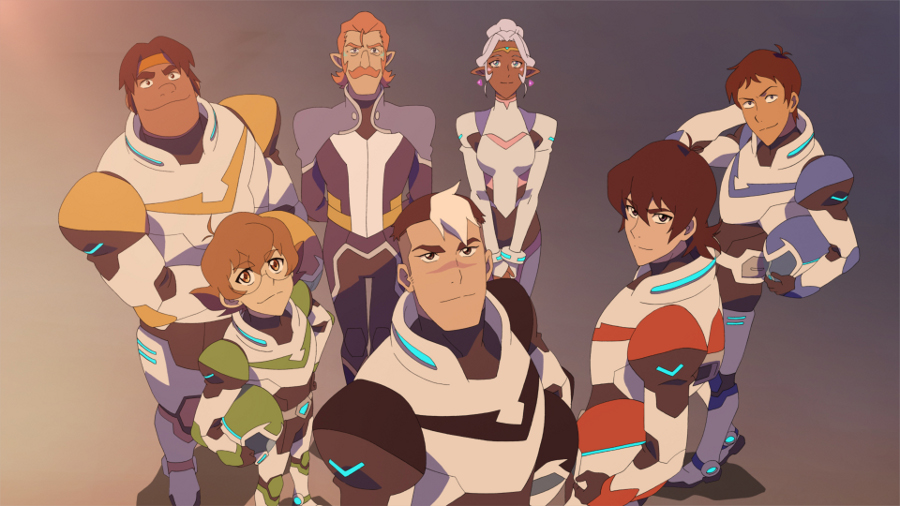 Visiting DreamWorks Animation Studios made me feel like a kid again. From watching Voltron: Legendary Defender on the big screen to getting the chance to record my own cartoon voiceover, I couldn’t have asked for a more enjoyable afternoon. The playful atmosphere at DreamWorks is infectious, and when I sat down for a roundtable Q&A with the Voltron voice cast, it immediately became one of the most entertaining interviews I’ve had the pleasure of conducting!

When I walked into the room, I was greeted by four members of the Voltron voice cast: Rhys Darby (Flight of the Conchords), who plays Coran; Tyler Labine (Tucker & Dale vs. Evil), who plays Hunk; Kimberly Brooks (Mass Effect), who plays Princess Allura; and Josh Keaton (Hercules), who plays Shiro. I had brought two phones in my gear bag, and was using the LG G Flex 2 to record all the audio. The Flex has a distinctive curved design, and when I set it in the middle of the table with the other recorders, the actors began oohing and aahing.

“Whaaaaaat?” exclaimed Labine. “What is that, your little clamshell, neato phone there? What is that?” I quipped that it was my Voltron, and was going to transform into a robot later, to which he replied, “I can’t tell if you’re joking or not.” I explained that it was a special phone designed to have a flexible curve, to which they joked, “Oh, that’s not from putting it in your back pocket?” Labine then helpfully suggested that we move all the phones closer up the table to the cast so they would get clearer sound. When I played the audio back, I could hear Labine’s voice get louder on the recording as he picked up my phone, holding it up so that he and Darby could look at the curvature case.

As we began introductions, Labine broke in to say, “Oh, just so you know, it says your storage is full,” handing me the phone because he noticed a popup on the screen. Oh no! I looked at the screen and laughed, realizing that it was just a popup ad on the app I was using. I thanked him for his attention to detail as he chuckled, “I just saw something flashing, I was like, that’s not good.”

If we could have this much fun in the first two minutes of our interview, I knew this group of actors must have great chemistry working together. I asked them what they find to be the most enjoyable part of working on an animated project such as Voltron. 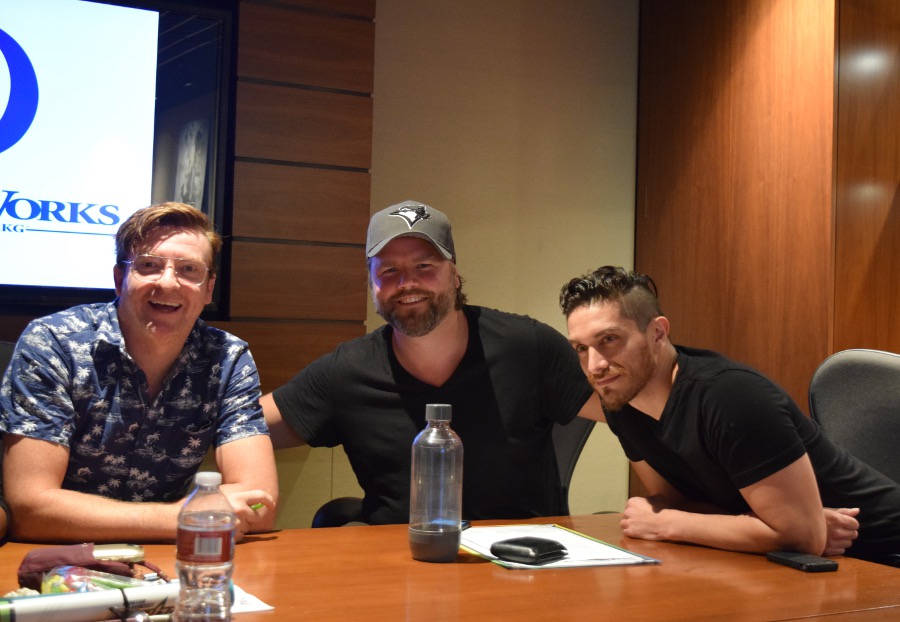 “The in-between the scenes,” said Keaton, “When we’re just cracking jokes and acting like idiots and making fart noises – ”

“Yeah, sure, they’re fart ‘noises’,” laughed Labine, to a disbelieving chorus of “Riiiight!” Suspicious sounds aside, Labine said that he found the camaraderie to be the most rewarding part of the experience.

“I am not totally new, I’m not a rookie to this thing, but it’s not normally what I do,” he continued. “It’s certainly been a long time since I’ve been in a situation where you get to do it with the cast. You know, a lot of times it’s solo – you go in, bang it out, and then you’re done. So I think one of my favorite parts about doing vocal work, especially on this show, is that there was this real, very sort of rich tradition, and a respect for what goes on in the booth. People on sets on TV are just like, ‘Hey, it’s your turn to get on camera!’ [and] they walk off. Normally there’s like a camaraderie and there’s a respect for the other artists in the booth. I don’t know if it’s like that in all [animated work] or just ours, but it’s good. My favorite part about it is we’re all in there kind of encouraging each other, and you know, people know when to shut up, people know when to talk – it feels good. Feels like almost like a protected little scene, and if you’re lucky enough to get into it, you get to sort of be a part of that very neat respect for that craft. And obviously, learning that whilst doing Voltron has been pretty cool. But yeah, that’s my favorite element I think.”

Darby paused to consider his answer. “Hmmmm. Turning up in your pajamas. (laughter) …Is NOT something we do, but you could. I think it’s just a lot of fun in there. Because we’re there together, there’s less pressure, there’s no cameras. But there’s [also] more pressure, because you’re making Voltron.” He made it clear that it was very important to the entire cast to do justice to the original material and get it right, doing as many takes as needed to get the right feel.

“If you don’t feel if you’ve done it well enough, you can have another go – we do that more and more. We just want this to be so good. I have a lot of difficult words, my character -”

“Words that don’t even exist!” laughed the others.

“I mostly talk in words that don’t exist,” Darby agreed. “I’m an alien, and I have a massive treasure trove of knowledge in my head, but I’ve gotta really shake it out. A lot of it is just gobbledygook, but it’s so much fun to say, that just we have a hilarious time, don’t we?”

“And then there’s the action,” said Darby. “And there’s screaming and sliding down hallways or shooting lazer guns, we’re just like kids in there having fun. And then we get to see it come to life, and go, wow, – that’s US! We’re doing that? And yeah, all the credit goes to the people that build it. The drawings, the artists, and then putting it together and seeing the whole package come alive is the best thing about being a voice artist, I think.”

For Brooks, voiceover work is a dream come true. “I pretty much pinch myself every session, because I love doing voiceover, I love being a voiceover artist,” she said. “When you get to be in a project that’s this amazing, that’s iconic; everything about it, the writing, the script – I think EVERYTHING about it’s the best part. That’s my answer!” 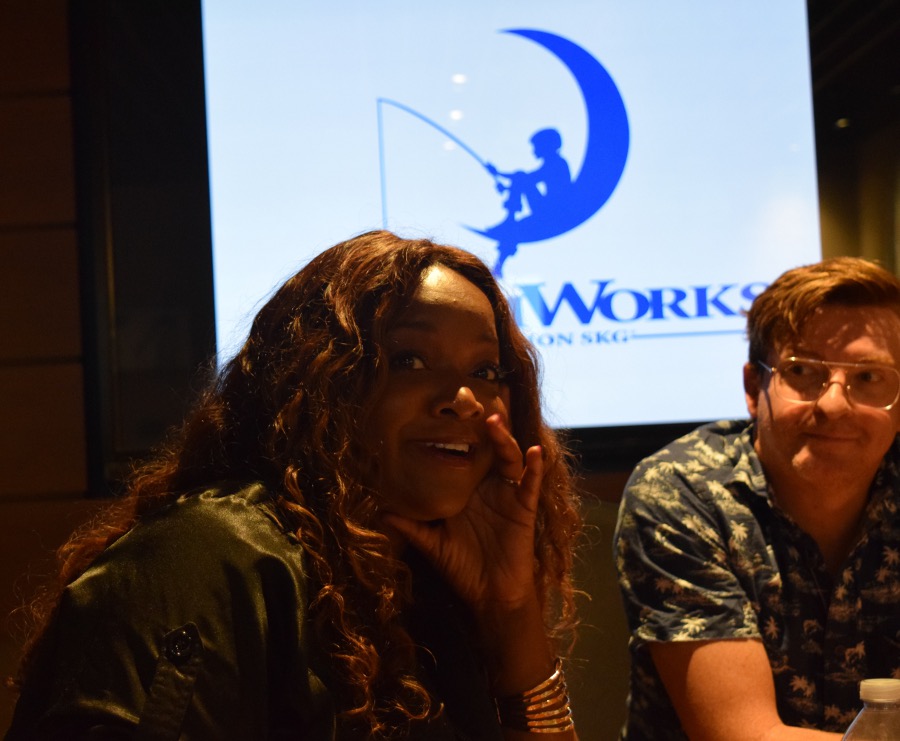 A trip to DreamWorks Animation Studios is no ordinary day, and the voice actors in Voltron are no ordinary cast – their good humor and charm shines through, both on-screen and off. 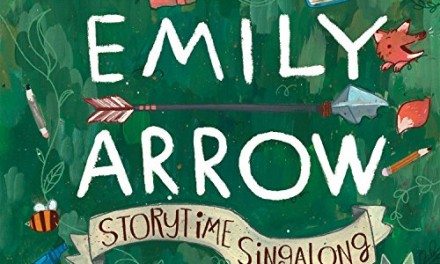 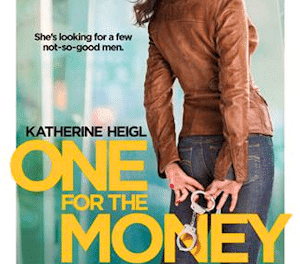 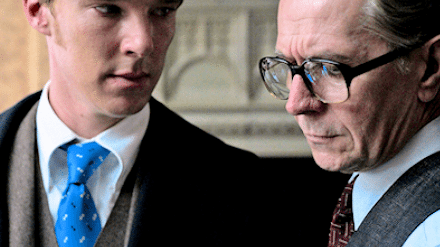 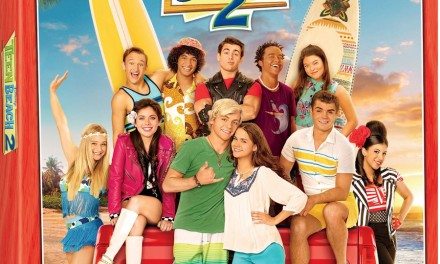