Special thanks to the Disney Company for providing travel and accommodations to make this post possible.  All opinions are my own. The Red Carpet Premier of Disney’s THE BFG – Hollywood, CA June 21, 2016 – #THEBFGEVENT

The Hollywood Premiere of Disney’s The BFG

I attended the Hollywood,  California premiere of Disney’s newest film, The BFG. It was a chance to see the movie with the people who created it. It’s always a fantastic experience to sit in the audience and listen to the applause as the credits roll and people recognize their loved one and their contribution. I think we sometimes forget that there are people behind these Hollywood blockbusters who have put their heart and soul into a film with high hopes and expectations that it will be loved by the general population as much as it is by them.

This movie is one that will become a beloved classic, of that I’m sure. With the incredible talents of Steven Spielberg combined with Disney and based on the much-loved work of Roald Dahl, it’s a truly magical movie. The creative minds behind Disney made sure that the premiere event was as enchanting as the film, though they had to do so through an unusual southern California heat wave that sent most of us in search of air conditioning and a cold drink within minutes of hitting the red carpet.  There was one notable addition to this red carpet premiere that I don’t remember seeing at previous events I’ve attended and that was security. I’m sure that at past events they were present, but this was the first that I remember them being so visible. After going through a metal detector, being hand wanded, and having my bag peered into, we walked past German Sheppard police dogs to get to the red carpet. I didn’t mind the more visible efforts to ensure our safety – the red carpet must leave celebrities feeling exposed with so many people in such a small area.

The dress code was casual summer chic because of the heat. Fashion and style was all over the board for the event with blue jeans and ball gowns being seen side-by-side. Check out the shoes as well – from studded stilettos to ready-for-school loafers. I suspect most of the stars were just trying not to sweat through their couture like the rest of us. 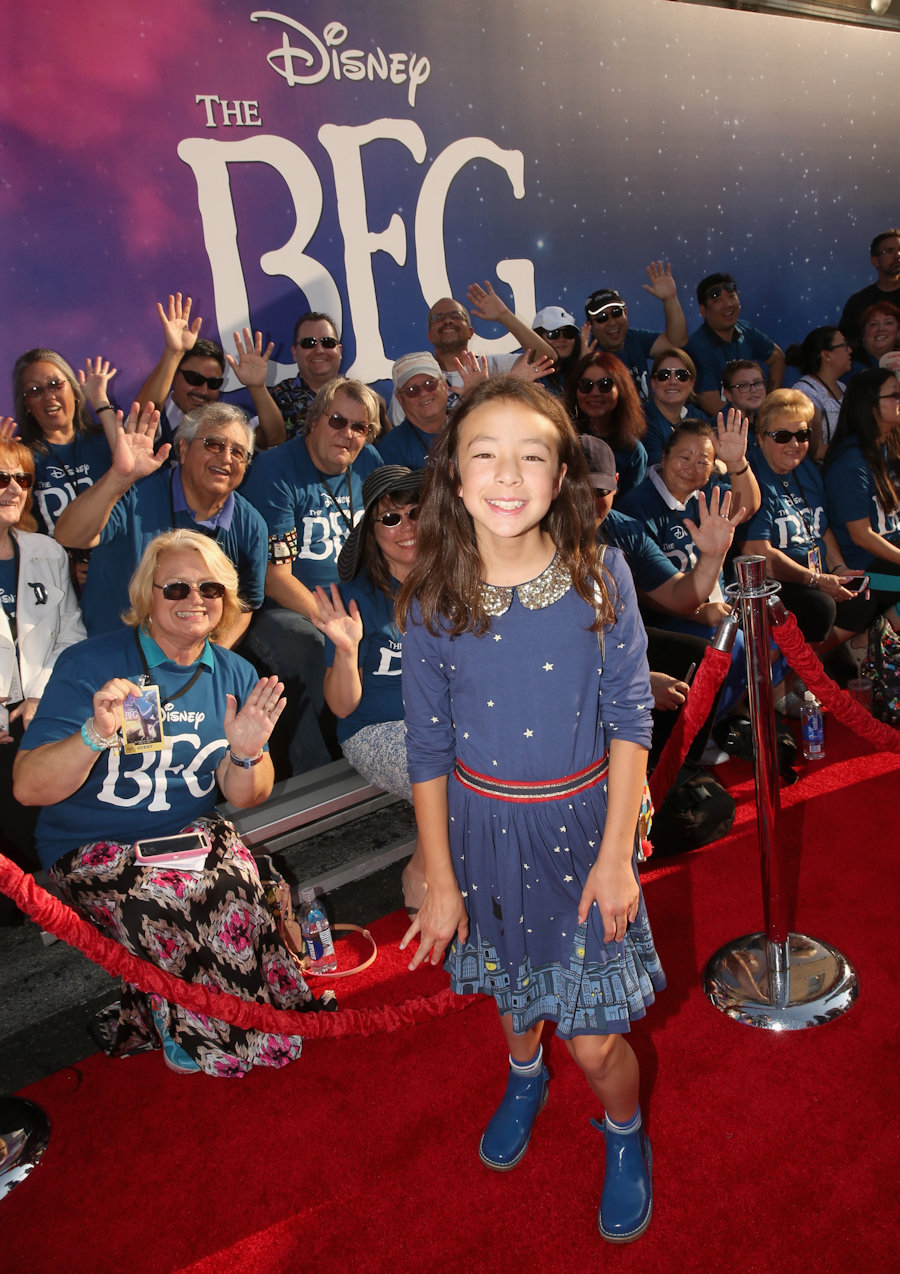 While many of the originally planned games for the children are rumored to have been scrapped because of the heat, there were still a few fun photo opportunities for those that braved the assault of the sun. Even I failed to spend time on the carpet looking for fun shots to share with you. Between being asked to “keep moving!” by staff and the heat, I relegated the photography for this trip mostly to the official Disney photographers.  Since my feet had swollen to the size of the Big Friendly Giant’s own clodhoppers because of my MS, I hope you’ll forgive me and enjoy the stock photos I’ve chosen.

The red carpet arrivals were followed by a light meal and drinks at The Hard Rock Cafe. The dark interior made star sightings difficult, but it was fantastic to be inside for awhile and out of the 100+ degree weather. Salads, sliders, and fries were on the menu and a full ice cream bar complete with cookies, brownies, and all the toppings were a must-stop on the way out and back across the street to the El Capitan Theatre where we donned 3D glasses and listened to the organ player belt out Disney hits until the lights dimmed and the film began.

I can’t wait to tell you more about the movie, and I will have a full review for you next week. Just let me tease you with this one little thought….I rarely watch movies twice, but I did this one, and I’ll see it again!

Make a date with your favorite Disney fan and mark July 1 on your calendar to catch Disney’s The BFG on opening day in theaters!