This has been a banner year for book-to-movie adaptions including some much anticipated blockbusters. There’s still time to read many of them before they release in theaters, or check out the book adaptions that were released January through June for some you may have missed.

The BFG by Roald Dahl

Book Synopsis: A young girl named Sophie who’s growing up in an orphanage, encounters the Big Friendly Giant. Despite his intimidating appearance, it turns out that he’s a kindhearted soul who’s is ostracized by his peers because he refuses to conform to their ways. The two develop an unlikely friendship.

Mike and Dave Need Wedding Dates: And a Thousand Cocktails by Dave and Mike Stangle

Book Summary: Vee is chosen to play an anonymous game of dare which is broadcast on line called NERVE. She’s excited when she discovers that the game knows her when they tempt her with prizes they’ve found on her ThisIsMe page and then they team her up with the perfect boy. But her exhilaration turns to fear when they’re directed, along with five other players, to a secret location to compete in the Grand Prize round which turns out to be all or nothing  with their lives on the line.

Book Summary: Marcus Messner is a law-abiding Jewish college sophomore at Ohio’s Winesburg College in 1951. It’s a conservative Christian campus far from home because his father has gone mad and wants to protect him from the dangers of the world.

The Light Between Oceans by M.L. Stedman

Book Summary: A lighthouse keeper and his wife find a baby in a rowboat and decide to raise it as their own.

Queen of Katwe by Tim Crothers

Book Summary: The true story of  nine-year-old Ugandan Phiona Mutesi who’s chance encounter with Robert Katende would result in her rising above poverty through her chess skills.

The Girl on the Train by Paula Hawkins

Book Synopsis: She takes the same train every day and everyday is the same. Until the days she sees something and it changes everything and soon she’s entangled in the investigation as well as the lives of everyone involved.

Book Synopsis: He wakes up in a hospital with no recollection of what he’s done the last 36 hours. The Harvard professor of symbology must figure out the origin of the macabre object he finds hidden in his personal belongings while being trailed by an assassin.

A Monster Calls by Patrick Ness

Book Synopsis: A deeply moving and darkly funny story of a boy, his seriously ill mother, and their unexpected monstrous visitor.

Book Summary: Jack Reacher, former military cop, heads to the Virginia headquarters of his old unit. Instead of being welcomed back, he’s arrested for a murder that happened 16 years earlier.

Book Summary: Swede Levov, is living the American Dream in the 1960’s until his adored daughter changes from the quick-witted girls he loves to a sullen and fanatical teenager capable of a savage act of political terrorism.

Book Summary:  When a Fox News crew is embedded in the Bravo Squad, they capture their firefight with Iraqi insurgents. They become heroes and and have to deal with their new life that involves being approached by Hollywood producers, fans, and more as part of their Victory Tour and the conflict it creates.

Fantastic Beasts and Where to Find Them by J.K. Rowling

Book Synopsis: When Magizoologist Newt Scamander’s magical case is misplaced, his brief stopover in New York takes a turn when some of his fantastic beasts escape which spells trouble for everyone. This J.K. Rowling’s screenwriting debut.

Book Summary: Fifteen years ago, Susan Morrow divorced her unpublished writer first husband 15 years ago. One day she receives a manuscript in the mail asking her to critic his first novel. Susan is drawn into the life of the fictional math professor heading to the family’s summer home in main. The story plunges Susan into the past to confront the darkness that inhabits her.

Book Synopsis: When Jacob discovers clues to a mystery that spans different worlds and times, he finds a magical place known as Miss Peregrine’s Home for Peculiar Children. But the mystery and danger deepen as he gets to know the residents and ultimately learns that only his own special “peculiarity” can save his new friends.

Book Summary:   Set in 17th century Japan, two Portuguese Jesuit priests travel to a country hostile to their religion, where they’re captured where they  bear witness to unimaginable cruelties toward their Japanese Christian brothers which test their own beliefs.

The Zookeeper’s Wife by Diane Ackerman

Book Summary: The true story of Polish of how Polish zookeepers, Jan and Antonina Zabinski, save more than 300 people by hiding them in the zoo’s animal cages thus saving them from the Nazis.

The Circle by Dave Eggers

Book Summary: Mae Holland’s hiring by the world’s most powerful internet company, The Circle, seems like opportunity of a lifetime. But there’s something not right behind the sprawling California campus, the open-plan office spaces, the towering glass dining facilities, and the cozy dorms for those who spend nights at work. It’s a captivating story of one woman’s ambition and idealism which  soon becomes a heart-racing story of suspense,

The Lost City of Z: A Tale of Deadly Obsession in the Amazon by David Grann

Book Summary: The writer becomes obsessed with finding out what happened to Percy Fawcett, a legendary British explorer who disappeared in 1925 after venturing into the Amazon jungle in search of The Lost City of Z. The story interwines the author’s journey with Fawcett’s.

Me Before You: A Novel (Movie Tie-In)

The Revised Fundamentals of Caregiving: A Novel

May 2016 Movie Adaptations of Books

High-Rise: A Novel by J.G. Ballard

Kill Your Friends: A Novel by John Niven

The Family Fang: A Novel by Kevin Wilson

Whiskey Tango Foxtrot based on The Taliban Shuffle: Strange Days in Afghanistan and Pakistan by Kim Barker

The Young Messiah (Movie tie-in) (originally published as Christ the Lord: Out of Egypt): A Novel by Anne Rice

February 2016 Movies Based on Books

The Choice by Nicholas Sparks

Pride And Prejudice And Zombies by Seth Grahame-Smith (on DVD) 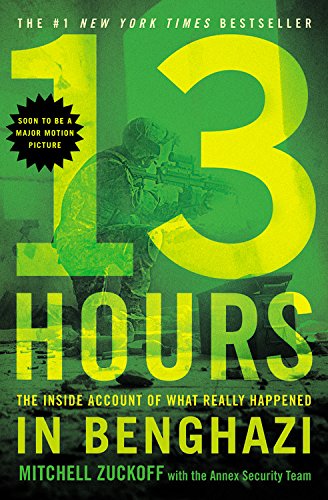 13 Hours: The Secret Soldiers of Benghazi (Buy on Bluray or DVD) based on the book Thirteen Hours: A Firsthand Account Of What Really Happened In Benghazi by Mitchell Zuckoff 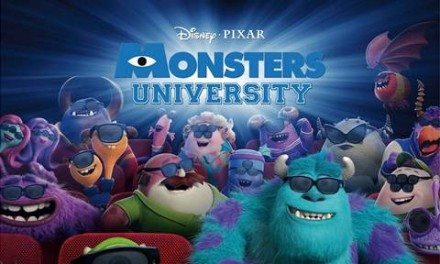 Book Review – The Man Who Changed the Way We Eat: Craig Claiborne