This Blue Man Group performance is part of the Broadway at the Paramount 2015-2016 Season. Tickets were provided to facilitate this review; opinions are my own.

The BLUE MAN GROUP is back in Seattle at the Paramount Theatre by popular demand. It was the perfect show to enjoy with my grandmother. Though we’re 50 years apart in age, we both love the unique show this group puts on. We’ve each seen BLUE MEN shows in other locales, but that’s the beauty of the BLUE MAN GROUP, s that no matter where you see them, the performers are top notch. Their show is a mix of technology, music, and comedy which creates a unique form of entertainment that never fails to feel fresh and unique even though this is their 25th anniversary year.

Rather than rest on their success, the trio of comedic percussionists keep the familiar crowd favorites and adds in new and exciting features. Like their previous shows, this group manages to interact and entertain the audience without saying a single word. They use props, music, facial expressions, gestures, and more to create a storyline that weaves its way throughout the entire performance. The show is fast-paced, and you’ll hardly notice that the 90-minute show doesn’t have a break.

Of course, these aren’t the original BLUE men. But new performers are brought in and trained to the same high standards. Check out the video below for a peek into the hiring process and watch the performers prepare for a performance.

BLUE MAN GROUP – A Family-Friendly Show for All Ages

This family-friendly show will have you and the kids talking about it for weeks. The show is recommended for kids ages 3+. To help you bring the show home, they’ve created some fun activities for kids to do! Check out The Science Of Goo, Melodious Mathematical Inventions, The Dance of the Group Member and the Trickster, and DIY Spin Art on the official BLUE MAN website.

One of the highlights of any BLUE MAN GROUP show is the meet and greet after the show where fans get a chance to interact one-on-one and take photos if you’re patient enough to wait in line. You’ll see the amount of blue goo needed to transform these performers into the alien-like creatures we see on stage and get a chance to ask questions and watch them react to reply.

Wonder if you’ve got what it takes to be a Blue Man (or woman!). Find out how they cast for these roles.

Want to guarantee you can get tickets to this wildly popular show? Purchase a season subscription for the 2016-2017 season.  Subscribers who renew their subscription for the 2017-2018 season will be able to guarantee their seats for the premiere Seattle engagement of HAMILTON before tickets become available to the general public. The 2016-2017 Broadway at The Paramount Subscription prices start at $189 and go on sale mid-August.

HAMILTON is the story of America’s Founding Father Alexander Hamilton, an immigrant from the West Indies, who became George Washington’s right-hand man during the Revolutionary War and was the new nation’s first Treasury Secretary.  Featuring a score that blends hip-hop, jazz, blues, rap, R&B, and Broadway, HAMILTON is the story of America then, as told by America now.

Find Out More About This Hit Show:

More information about the 2016-2017 season is available at www.STGpresents.org/Broadway 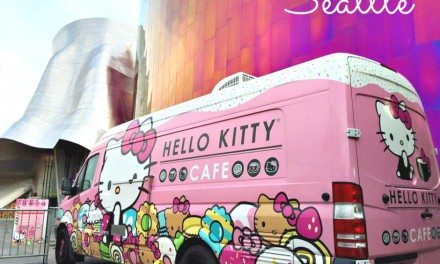 Broadway at The Paramount presents: BULLETS OVER BROADWAY

Things to Do With Kids in Seattle: Bikes At The Beach