This post was sponsored by Lionsgate as part of an Influencer Activation for Influence Central. #MockingjayFinale #MockingJayPart2 #MockingjayTickets

I can’t believe that the last installment of the Hunger Games movies is out in theaters on November 20th. It doesn’t seem possible. I remember the day my son convinced me to read the trilogy of books that centered around a strong female character who was made to endure a contest where there was only one victor and the fight was to the death. I remember telling him I’d never read a book that included those themes, but he pressured me so I relented.

To my surprise, the Hunger Games story has become one of my favorites. I’ve reread the books several times and watched the previous movies a time or two. That’s completely out of character for me, but the story is compelling and every time I watch it I discover new nuances to it. So it’s with mixed emotions that I prepare to watch the final film,  The Hunger Games: Mockingjay – Part 2. It’s my last date with Katniss,  Gale,  Finnick, and Peeta.

Each of the characters has been brilliantly portrayed by these young actors and while I’m sure they’re ready to get on with their lives and grow up beyond these rolls, I can’t help but hope that someday there will be a prequel or sequel. We never expected it with Star Wars and yet both have happened, so a girl can dream!

The Hunger Games: Mockingjay Part 2 Official Trailer – “We March Together”

Advance tickets for opening weekend are available now to witness the final battle between District 13 and President Snow. Visit http://tickets.thehungergames.movie to find showtimes and purchase tickets.

Are you as excited about this series wrapping up? It’s been so hard to see it come to a close, but it’s been such a phenomenal ride. The books are fantastic and if you’ve been a movie fan up until now, give them a read. This is one time that Hollywood got the books right and you’ll find there are very few changes and they did a fantastic job of telling the who story.

Will you brave opening weekend? I’ll be there!

Join the Lionsgate #MockingjayFinale Twitter Party on November 18th from 1 – 2pm ET! Follow along for prizes and more information about this sure-to-be blockbuster movie.

Enter to Win One of FIVE $100 Fandango Gift Cards

Influencer Central will randomly select 5 winners from all program entries and will handle fulfillment of the winning prizes. 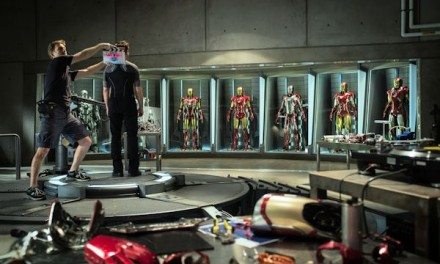