Documentary: On the Way to School – A Must See for All Families

Let’s face it, our kids have it easy. As much as some like to complain about how our school system is failing our students, we sometimes need to be brought back to reality to see how truly lucky we are. It’s even more important for kids who complain about having homework and a busy schedule. Perhaps seeing how students from around the world have to struggle to get to school, they’ll find a way to wake each day with gratitude. That they’ll learn to appreciate that their biggest decision is what to wear and not what route to take to avoid the elephants.

On the Way to School Documentary: Follows Four Children Around the World as They Go To School

“On the Way to School,” is a documentary that shares the stories of students in four different areas of the world. In Kenya, Jackson, who’s just age 11, starts his day by digging a hole in the land to find water to wash his uniform, himself, and for drinking water. Then he and his younger sister trek 10-miles through the Savannah that’s populated with elephants and more, to get to school safely. Twenty miles a day means they must carry about a gallon of water each in addition to a stick they use as protection, as well as their school knapsacks. They make this journey twice each day no matter what the weather.

In Argentina, Carlito, who’s also 11, rides a horse with his 6-year old sister as a passenger. They too make the 22-mile round trip journey twice a day in all kinds of weather. They meet some older boys along the way who provide protection for them. When Carlito (named Carlos in the film) leaves for boarding school soon, his sister will ride alone, just as Carlito did when he was six.

Zahira, age 12, walks on foot in the Moroccan Atlas Mountains alone to meet up with her two girlfriends. The walk is exhausting, and they ask for rides along the way from a stranger, but they’re often turned down. When they do find a ride, they’re at the mercy of their driver’s schedule, and they’re often carried on the back of the truck with the livestock. Along the way, they trade a live chicken they’ve been carrying in a bag for fruit. They arrive at their boarding school, unpack, and head to class.  Zahira is one of the first females in her generation to attend school.

Then there’s Samuel, age 13, who lives in India. It’s just 2.5 miles each way to school that is significantly less than the others, but Samuel is not able to walk so he’s pushed by his two younger brothers in a makeshift wheelchair made from a plastic outdoor chair with wheels bolted to it. When the wheel goes flat, the young boys are confused as to what to do. They have no one to direct them, and they end up running the chair until the tire falls off, leaving them running on the rim. The way they work together is heartening, and they’re able to get the chair fixed so they can continue their journey to school. As they near the school grounds, one of the younger boys straightens his collar and clean his face. They take him to the school where he’s greeted by friends who take him on the rest of his journey into the classroom.

On the Way to School Documentary: Family-friendly and Educational

This G-rated documentary is currently available on Netflix, and I heartily recommend it to families. It’s a great reminder to be grateful for what we have, plus you’ll likely fall in love with these children of the world like I have. Through it all they seem to have a real sense of joy.

The film is captioned in English, so we hear the children’s voices in their native languages, and there’s no narrative. It’s just the four stories intertwined together showing a glimpse of what it’s like for these children to get to school and then what their academic day is like once they arrive there.

Learn more about the “On the Way to School” documentary on the official website. Also, check out the On the Way(s) to School Organization that’s dedicated to helping children all of the world get an education. You can make a donation through the site. 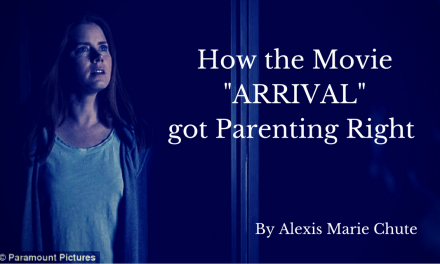 Un-Baby Proofing Our Home – Growing Older and Moving On

Maytag and MLB #MyFilthiestPlay Contest – Show Us Your Dirty Uniform!

Back to School Prep with the Energizer Instant Win Game and Scholastic Reading Challenge! #SummerReading @Scholastic

Summer Anxiety: How Your Family Can Beat The Stress