Wrinkles – Does Where You Live Make a Difference?

Getting older is hard. I’m not going to lie. But every day I remind myself that I’m lucky to be alive, so I don’t let little things like wrinkles get me down. That doesn’t mean I don’t try to keep them at bay, either. I’m OK with slowing down the aging process of my skin and I’ll use whatever lotions, creams, and other topical means possible to do it.

But beyond trying to slow the process, it’s important to know what’s causing it in the first place. It isn’t all about the number of years I’ve been on the planet. It’s also about what I’ve subjected it to while I’ve been doing that living. I think we all know that sun damage is a primary cause of the destruction of youthful looking skin. But it turns out it’s not the only environmental factor responsible. Where you live and the amount of smog and stress you’re subjected to also adds to the decay.

RoC® Skincare and Sperling’s Best Places performed a meta-analysis, which combined their original research findings with related research that exists in the field of the study.  Criteria, directly and indirectly, related to skin damage were used including, lifestyle, occupational and environmental and factors, which were weighted by relevance to skin damage risk. The data was adjusted with the current population data to arrive at “per capita” figure which provides an accurate comparison between states of varying sizes. States received points for each of the criteria based on their relation to the other state’s scores in that data category. Category scores were weighted and aggregated to determine an overall “Wrinkle Index” score which was used to rank the U.S. states.

Some of their findings are below, and most are not surprising. I did find it interesting that the top contribution factor to wrinkles in Washington State is the length of our commute. Granted, for the last ten years I’ve worked from home, so my face should be baby soft, but the first 20 years of commuting were brutal. It’s only gotten worse with rush hour now beginning at 7 am and ending at 7 pm, there’s no time of day that’s not stressful to drive.

The same survey found that because Washington State residents generally enjoy a healthy lifestyle, our likelihood of having wrinkles is less than states like New York, which is number one on the list of how your state impacts wrinkles. Ironically, Hawaii which is high on the sun list is low on the stress, so they come out at the bottom of the wrinkle ranking which is interesting.

No matter where you live, you can benefit from lessening your sun exposure, stress, and environmental factors and by using great skincare products that help you retain what you have and head off what’s coming down the line.  Read the entire Second Annual Wrinkle Ranking Reveals the Underlying Factors That Contribute to Aging Skin

How are you reacting to growing older?

Natural Deodorant and Fragrance by Lavanila

Filling the Gap in Her Nutritional Needs with a Tasty Little Mint! #CentrumVitaMints #ad 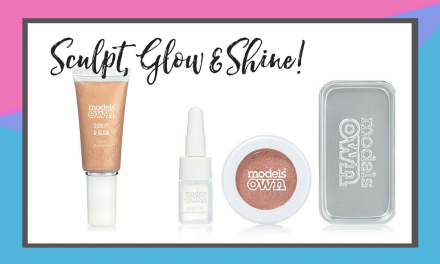 How to Avoid Skin Cancer: Eczema and Sensitive Skin Sunscreen