25 Travel Quotes That Will Make You Rethink Why You Go 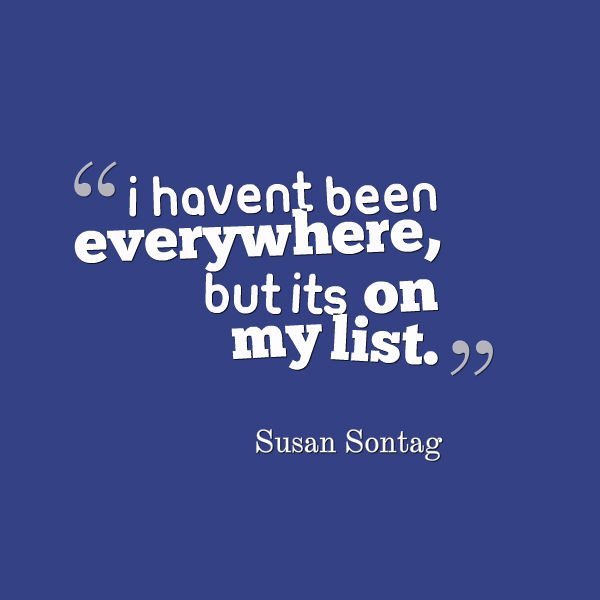 People travel for many different reasons. Some to say they’ve been there. Others to explore and have an adventure. Me? I travel to learn about other people. I’m fascinated by the differences in how we live and what we love.

Here are 25 quotes about travel – covering the many reason we travel – I’m curious if you discover something new about why you travel after reading these – I did:

Everywhere – I’ll never get there, and it’s not on my list. I’m OK with that.

“Ugly Americans.” Who hasn’t heard that phrase? No matter what country you originate from when you travel, you’re in their world. Why visit if you want what you’re used to?

What a fabulous thought and so true. If you’re miserable where you are, go somewhere and start over. The only person that is dragging your past along, is you.

Another quote I love. Like I said before, why are you going if you want everything to be like you’re used to? 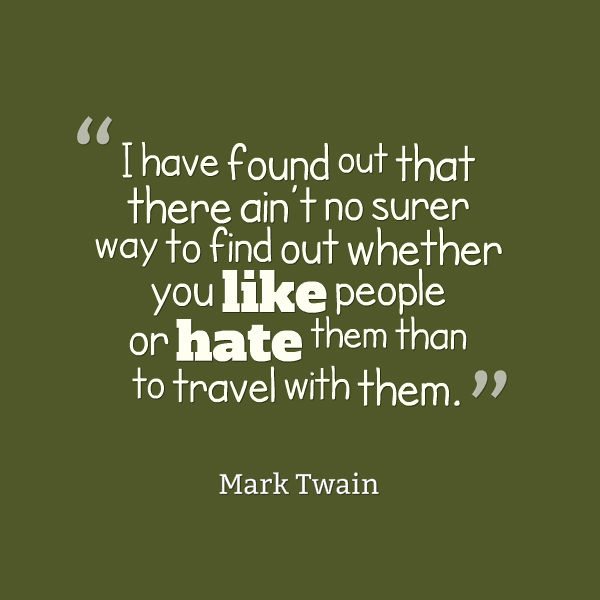 Mark Twain is right. Spend a few days on the road together and you’ll find out if your travel styles are in sync.

I’m a wander. I like to go and see where the day takes me.

Every time I travel I learn more about being a good human being.

So many wise persons came before us, and it should remind us that this life isn’t new. It’s been lived billions of times. Instead of struggling to figure it out on our own, let’s learn from the past.

I’m a traveller, and my husband is a tourist. I love him, but he doesn’t see the beauty in getting there. I hope some day he does.

Education vs. experience. In the end, it’s all about becoming better people.

See, even Mark Twain new all those years ago that it’s harder to hate someone once you’ve met them.

Travel is wonderous and stimulating. Sometimes you just need to go home and be quiet to enjoy what you’ve just experienced.

Assuming the best and not worrying about the irritations of minor delays. We’ve become so spoiled and demanding.

I love seeing where I’ve been and how things have changed. Photos mark the small changes over time that result in changes we never imagined.

Agustine of Hippo aka Saint Augustine lived from November 13, 354 to August 28, 430 (age 75). This quote is attributed to him, but it doesn’t follow the formality of his other writings. My guess is if this quote does originate from him, it’s been changed over the years and modernized from its Greek origins.

It’s not surprising the Miriam Beard (who was board as Mary Ritter Beard) was a women’s rights activist, archivist, and historian. She lived her cause which was as an advocate for social justice through education and movements like the labour movement and women’s rights. Another visionary. – Source: Wikipedia.org 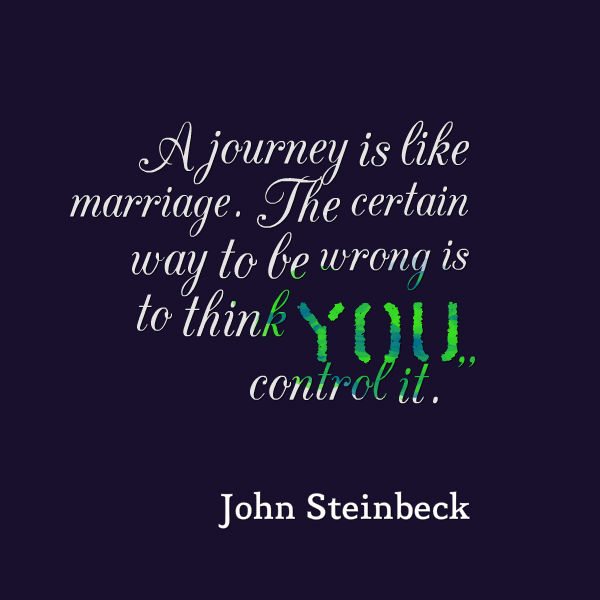 I’ve grown to love John Steinbeck since I visited the National Steinbeck Center Museum in Salinas, California. If you haven’t read his travelogue , “Travels with Charlie, In Search of America,” I highly recommend it. It’s a slice of the US in the 1960’s written during that time, and not a look-back. It’s the real grittiness of the US he no   longer recognised. In his mind, it had never been worse and he was ready to leave this earth rather than see it go to hell.Yes, in the 1960’s.

Moslih Eddin Saadi was his pen name. He was born Abu-Muhammad Muslih al-Din bin Abdallah. He was an important Persian Poet during the midlevel period (1184-1291) and recognized for the depth of his moral and social thoughts. Source: Wikipedia.org

Though some believe this quote is misattributed to Mark Twain and the originator was actually H. Jackon Bron Jr., P.S. I Love You, what really matters is the message.

I’ve read, “I Know Why the Caged Bird Sings,” and “The Complete Book fo Poetry by Maya Angelou.” Her gentleness is something I admired. She had strong opinions by shared them kindly. 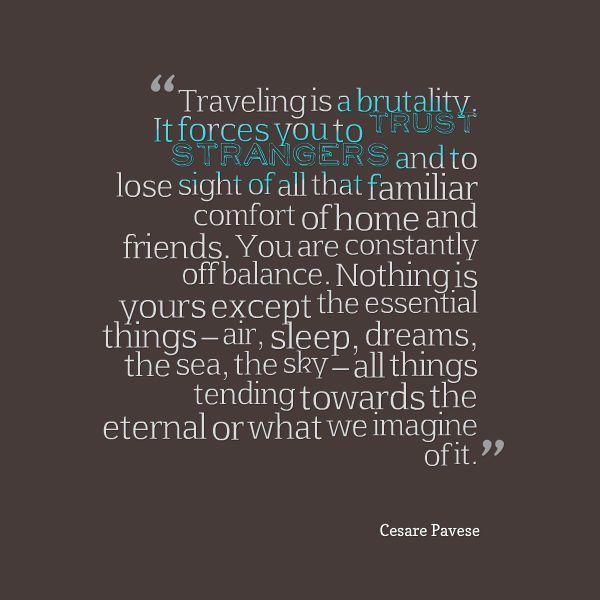 Cesare Pavese was an Italian poet. He died at the age of 41 in 1950 by taking his life. He was exiled in Southern Italy in 1935 for possessing letters written by a political prisoner. After World War II, Pavese became a member of the Italian Communist Party. But it’s said that political disillusionment and depression over a failed relationship led him to commit suicide. – Source: Wikipedia.org 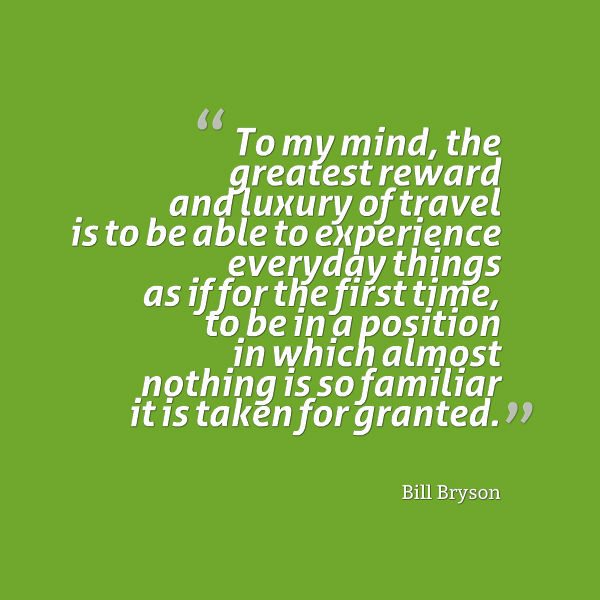 Bill Bryson is one of those authors people love or hate. I happen to have both emotions about him. I love his “A Walk in the Woods: Rediscovering America on the Appalachian Trail,” but didn’t love his self-serving, “A Short History of Nearly Everything.”

Travelling gives us the chance to see that we’re but one speck in the universe. It should humble us.

Things To Do With Kids In Seattle: Feed a Kangaroo!

Big Country Online Casting Call – Be the Star of Episode 5