The Community Foundation of North Central Washington (CFONCW) has set up a fund to support displaced families and animals affected by the Sleep Hollow Fire. They’ll also be using funds to support the firefighters. Dubbed the Sleepy Hollow Heights Fire Support Fund, they’re accepting monetary donations online or via the Foundation office located at 9 S Wenatchee Ave, Wenatchee, WA 98801. You can also donate for the ongoing relief of the 2014 Carlton Complex Fire victims via the NCW Fire Relief Fund. All donations go directly to help those affected by the fire.

The Apple Valley Red Cross is only accepting monetary donations at this time. May I suggest you donate to the CFONCW instead so that 100% of your donation goes to the fire victims.

For the pets. Wenatchee Valley Humane Society is accepting donations such as leashes, collars, food bowls, and beds. Plus gift cards for pet and grocery stores are appreciated. Or you can make a tax-deductible donation online and designate it for the Sleepy Hollow Fire Fund. Call 509-662-9577 or drop off your donation at 1474 S. Wenatchee Ave, Wenatchee, WA 98801.

It started so suddenly. My son was in Pesashtin over the weekend to attend a wedding on Saturday. The temperature was so unusually high for the day that the bride ordered an enormous fan to cool the guests. Unfortunately it and the misters they set up were no match for the 110-degree day and the wedding party soon soaked through their clothing with perspiration and so did the guests.

Pesashtin is just a few miles west of Wenatchee and as my son and daughter-in-law headed into Leavenworth to pick me up a treat for dog sitting from my favorite cookie shop, there wasn’t a cloud in the sky and no sign of fire. Thirty minutes later they were safely on their way home headed towards Blewitt Pass with no idea that the Sleepy Hollow Fire had begun. Within 24-hours homes were destroyed.

We’ve had one of the driest winter in decades and snow pack was minimal so with these scorching temperatures we knew that sadly it was just a matter of time before a fire broke out but I don’t think anyone dreamt it would become so large, so quickly. My husband is a professional firefighter, but he is also one of a handful who are also certified wildland firefighters as well. He’s fought them in that area a few times as well as in California and southern Washington. This is the first year that he didn’t renew his redcard, mostly because his back needed a rest. But I can’t help but feel guilty because I’m glad he’s here with me.

My husband is 57 now and working on the line is insanely strenuous. The likelihood of him dying from a heart attack or heat exhaustion is probably more likely than the fire itself though we have lost firefighters that way not so very long ago. But that’s not the only life-threatening situation firefighters have to face. Firefighters at the Blue Bird Warehouse fire in Wenatchee today faced an ammonia leak which can be deadly. Warehouses like these can have any number of hazardous and/or flammable chemicals stored in them. In addition to ammonia, they can have petrochemicals, methyl bromide, and even fertilizers. I only hope that this tragedy doesn’t make him recertify next year. I know he wishes he was there, but I think it’s time for younger guys to take over mostly because I’m getting too old to worry about him.

But even though this year he’s not there I still feel like I need to do something. I can’t stop the automatic compulsion to watch the updates and wonder where the fire is headed next. After a decade of keeping up with where he is and how he’s surviving the lack of sleep, the aching muscles, and the chow and shower line, it’s hard to step back. 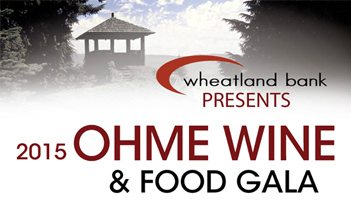