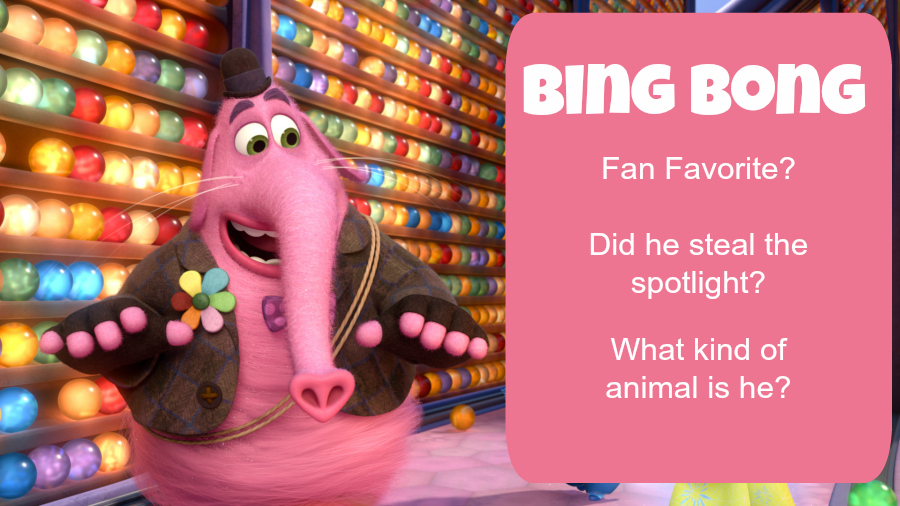 I’ve been reading social media posts over the last few days ever since the Disney • Pixar’s INSIDE OUT movie was released in theaters. It’s pretty easy to see that the standout character so far is Bing Bong. He’s the imaginary friend that Riley tucked away into her memory when she out grew him.

But what is Bing Bong? He’s a happy, bouncy fellow that’s equal parts of elephant, dolphin, and kitten. He wears hobo gloves, a pork pie hat, and a jacket decorated with a flower lapel pin. His body is made from sweet cotton candy and when he wells up with emotion, he unleashes a torrent of candy tears. His song is simple, but that’s his thing. But when Sadness and Joy get lost in long term memory, they find Bing Bong, and he becomes a major player in saving Riley.

Knowing that audiences love the sidekicks, Disney • Pixar produced a few different Bing Bongs to choose from. Here’s a sampling of the current products (toys, books, collectibles, accessories and more ) available. I did notice that the Disney Store Bing Bong plush is current sold out – you can check the status here. I’ve also read that the Bing Bong Tsum Tsum is in short supply, but I haven’t confirmed it. Pick these up now if you want to see them under the Christmas tree. I know, it’s months away, but trust me, if it’s popular now, it’s going to be even more wildly so as we near Christmas. Five years in retail confirms it.

Pick these up now if you want to see them under the Christmas tree. I know, it’s months away, but trust me, if it’s popular now, it’s going to be even more wildly so as we near Christmas. Five years in retail confirms it.

Inside Out Small Plush, Bing Bong – 8″ by TOMY

Inside Out Musical Bing Bong

Disney “Inside Out” Movie Figure Set – Toy Playset of 12 with Joy, Fear, Anger, Sadness, Disgust, Bing Bong, Rainbow Unicorn, Jangles the Clown Etc and Special Collectible. – This is one of those buyer’s beware listings – read the fine print. These are TINY – about 1″ – 2″  tall (they’re cake decorations – see below).. If that’s what you want, then they’re perfect. But they’re hard plastic that can shatter (not the same plastic minifigs are made out of. It’s the #1 seller in new releases, go figure. And the “clear packaging”? It’s a Ziplock bag. But if you’re looking for the harder-to-find characters like Forgetter Memory Mover, Jangles the Clown, Rainbow Unicorn; plus two vehicles – Train of Thought and Riley’s Cart (the Little Red Wagon with wings), then this would be an OK set to display.

The Bing Bong Book (Disney/Pixar Inside Out) (Little Golden Book)

Disney-Pixar Inside Out Pen and Notebook Set – Keep Your Emotions In Check Journal.

Disney Inside Out “Bing Bong” Keychain

Disney Inside Out “Bing Bong” Ornament

Disney-Pixar “Inside Out” Movie Figure Set Cake Toppers / Cupcake Party Favor Decorations.  Large Set of 12 with the 5 Emotions, Bing Bong, Rainbow Unicorn, 2 Vehicles and Special Collectible Figure – at the time I posted this, the same set is being sold as a minifig set for a few dollars less. Check the current price of that set here. Because they arrive in a Ziplock bag, I’d say they were a bulk purchase for a bakery, but who knows.

Disney Inside Out Backpack and Kids Luggage ID Tag

Who was your favorite character in the film? 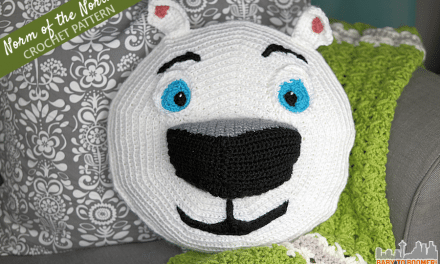