URISTAT® provided data on menopause symptoms and urinary tract infections as part of their Never on Pause education effort to facilitate this sponsored conversation.

No one likes to talk about the perils of being a woman, especially when it comes to menopause and the way our bodies change. But when it comes to something important like Urinary Tract Infections (UTI), it’s important to know how to avoid them and what to do if you get one. Earlier we wrote How to Avoid Urinary Tract Infections, this week we want to talk about the myths surrounding UTI’s them to make sure you have the most accurate information available.

Myth 1: Only Women in their 20’s Who are Sexually Active have to worry about UTI’s

False. UTI’s can happen at any time in life though they often do more frequently during menopause and perimenopause. That’s because the falling estrogen and lower “good bacteria” levels allows the infection to grow freely in the urethra or vagina. Sex can trigger a UTI, but it’s not the only risk factor. The female anatomy aids in the UTI development as does some birth control, menopause, abnormalities in the urinary tract, complications within the urinary tract, an immune system that is impaired, catheterization, as well as previous UTIs.

If you’re pregnant, you are more likely to get a urinary tract infection as well. It turns out that pregnancy changes can increase your risk. It’s the increased level of progesterone that relaxes your uterine and bladder muscles. This decrease when coupled with the growing pressure on your bladder from your developing baby can slow the flow of urine and that is what puts you at high risk of developing at UTI.

Unfortunately, a UTI infection left untreated result in a kidney infection which can cause serious and permanent damage.

Myth 3: UTI’s Only Occur in Women

False. Men are also subject to infection though it is far less common. Studies show that 40-50% of women have a UTI sometime in their lifetime. Compare that to men who report only 12% have contracted the infection. It’s because the design of the female anatomy makes it easier for bacteria to grow.

Myth 4: Poor Hygiene is the cause of UTI’s

False. Contracting a UTI does not mean that you have poor hygiene skills. Whether or not you get a Urinary Tract disease is based on your anatomy, sexual activity, type of birth control, urinary tract abnormalities, complications within the urinary tract, and your immune system’s ability to fight off infection. Plus if you’re pregnant or menopausal, the hormone changes can bring one on.

How Can You Help Reduce Your Risk of Suffering From a UTI?

Always drink lots of water and and clean yourself after every bowel movement by wiping front to back, so you don’t contaminate yourself with fecal material. Avoid irritating products like douches and feminine body sprays and wear panties with a cotton crotch. Always urinate after sex and avoid holding your urine – relieve yourself as soon as you feel the urge.

Uristat will not cure a UTI, only a prescription antibiotic can do that. However, Uristat will provide you with temporary relief from the pain and the symptoms associated with a urinary tract infection. The active ingredient is phenazopyridine HCl; the #1 doctor recommended ingredient to treat the pain and discomfort of a UTI. It’s from the makers of MONISTAT®.

You can find URISTAT® products online and at local retailers across the US including Walgreens, Kmart, Kinney Drugs,  Rite Aid,, DrugStore.com, and Walmart. Find a retailer near you – use the Where to Buy Uristat Locator.

Any revelations in the myths about UTI for you? Did you know there was an OTC solution to the pain and burning of a UTI? 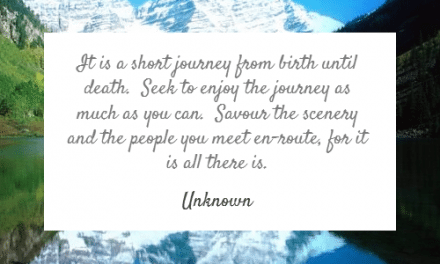 Funerals, Friends, and Choices for the End of Life