Travel and hotel accommodations were provided to facilitate this dance session with the Teen Beach 2 stars. All opinions are my own.

It’s a catchy tune with killer dance moves, but it’s not that hard to learn the 8 little steps, right? That’s what a room full of 25 bloggers including myself thought when Disney Xd gave us a chance to learn the dance moves to one of Teen Beach 2‘s best songs, “Gotta Be Me.”  After all, we were learning the steps from CHRISSIE FIT (“CheeChee”) and JORDAN FISHER (“Seacat”) who perform the dance in the movie. But we were just moments into learning the choreography when I realized that while the moves looked manageable, carrying them off with style and precision are much more challenging.

The song, “Gotta Be Me,” is featured in a pivotal scene in the new Teen Beach 2 movie that will premiere on the Disney Channel on Friday, June 26 at 8 pm ET/PT. It’s a full ensemble dance that fills the screen with toe tapping, head bopping, and hip-swaying beats that stay locked in your brain long after the scene has finished. The dance lesson, led by the talented onscreen duo, was meant to give us a taste of the amount of choreography the actors have to master.

[pullquote]Purchase the Teen Beach Movie 2 DVD the same day it premieres on the Disney Channel. It includes fun dance rehearsal clips that show just how hard they worked on conditioning before filming began.[/pullquote]

Fit and Fisher went through the steps at 1/8 speed, going slowly and displaying patience beyond their years, as 25 of us tried to mimic the nuances of the arm and leg movements (the steps we learned are at 40 seconds into the video). Granted, without mirrors and being six rows back made seeing the demonstration nearly impossible. However, that didn’t stop me from giving my all and laughing as we crashed into each other, stepped on toes of those nearby, and generally had a fabulous time, though never actually accomplishing anything close to what I saw on screen. Fit and Fisher were fantastic at keeping our energy up and encouraging us to add our own attitude into the dance.

It’s a catchy tune with killer dance moves, but it’s not that hard to learn it, right? Teen Beach Movie 2 stars CHRISSIE FIT (“CheeChee”) and JORDAN FISHER (“Seacat”) lead us in “It’s Gotta be Me.”

When the tempo was increased to the actual performance speed, we gladly stood back and watched these two incredible dancers let the music catch them, moving them to dance long past the few steps we learned. Their style, grace, showmanship, and dancing ability was amazing though Fit did say that she is not a trained dancer. She credits her roles in Teen Beach Movie and Teen Beach Movie 2 for giving her the dancing skills that she does possess and for that she’s grateful. On the other hand, Fisher has been training as a dancer since he was in grade school.

I ended the session as off beat and out of step as I started, but with a full appreciation of the incredible work these young people do. They make the choreography and dance moves look effortless. The pure joy they exude from the movie screen is palpable, and I’ll forever watch these incredibly complex dance scenes with much more admiration for the incredible amount of work and talent it takes to create them.

CHRISSIE FIT (“CheeChee”) and JORDAN FISHER (“Seacat”) lead us through 8 simple counts of “Gotta be Me.”

I’m very lucky and thankful to have had the opportunity to share this experience with Fit and Fisher and am looking forward to seeing where their careers lead them. They’re amazingly poised and professional, and I expect fantastic things for them both.

So now you’ve seen the Teen Beach Movie Gotta Be Me video,  do you think you have the moves to pull off this dance?

On TV: CW Resurrects WHOSE LINE IS IT ANYWAY This Summer 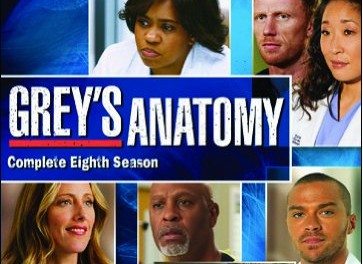 Custom Guitar Straps: Create Your Own at StrapGraphics