Luggage: The Way it Was Plus Atlantic Luggage Orlando Vacation Giveaway

This is a sponsored post written by me on behalf of Atlantic Luggage for IZEA. All opinions are 100% mine. 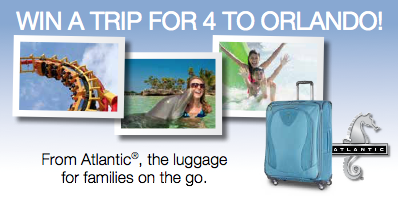 I love exploring new cities so some might say I love traveling. But that isn’t true. While I love the adventures, the actual act of getting there can be a real drag. So I started investing in luggage that makes my life easier, and I’m learning to love the act of going there as much as the being there.

Luggage: The Way it Was…Hand-Carried Bags Made Travel Backbreaking

But what makes luggage exceptional? It’s all about the wheels. I know, you’re probably too young to remember, but it wasn’t that long ago that luggage was hand carried. It seems primitive now, but luggage carts and Sky Caps were a necessity just to get the bags to the check-in counter. At least they were for those with enough money to pay a tip. For the rest of us, we did the bag shuffle – each of us carrying one or two bags, switching out hands continuously, and hoping that the next airline counter was ours.

Then came the rolling bags but they came with a premium price. I was still lugging my bag long after they became the norm. But now I’ve decided that saving my back is worth the money, so I upgraded from the drag-the-bag-behind-me type to a 360-degree 4-Wheel Spinners rolling bag. It’s the best thing I’ve ever done for myself. No longer am I constantly picking up my bag that’s tipped over, and I can push it, pull it, or have it roll along beside me. It’s made my time traversing airports so much easier.

What I Pack In Case of Plane or Airport Emergencies

Having a rolling carry-on bag also gives me the opportunity to have travel emergency supplies on hand that I wouldn’t think of packing if I had to carry them. I buy extra water and snacks in the event the plane is delayed and we’re stuck on board for hours – that’s happened several times, and I’m always surprised by how few people plan for them. I also pack extra batteries, a small flashlight, several instant ice packs, a change of clothes, a  toothbrush, toothpaste, and deodorant, and a lightweight blanket in case I’m forced to layover in the airport. Thankfully that hasn’t happened to me yet, but it’s a real possibility, especially with connecting flights.

Atlantic Luggage is one of the companies that makes a broad range of bags including spinner bags that make carrying all my necessities possible. They’ve been in the business since 1919 with a goal to provide stylish, affordable, lightweight, and versatile luggage that helps families travel easier. In fact, they created the Link2Go™ system that connects multiple pieces of luggage together for one-handed rolling. How convenient would that have been back in the 1980s!

You have a chance to win some of this amazing luggage and to test it out, Atlantic Luggage is sending the winning family to Orlando! The prize includes round-trip airfare, three nights hotel accommodations, four two-day passes to thirty-four of the best attractions in Orlando, plus $150 in spending money! Some lucky family of four is going to have a great vacation with a retail value of $4,270, and it could be you!

Entering is easy. Visit the win a Trip to Orlando Florida Sweepstakes website before June 15, 2015 and fill out the sweepstakes form. The winning entry will be chosen by June 25, 2015. The family has until March 31, 2016 to book their vacation that must be completed by June 30, 2016.

Travel Wyoming: The Wonders of Winter & Roam with Rice 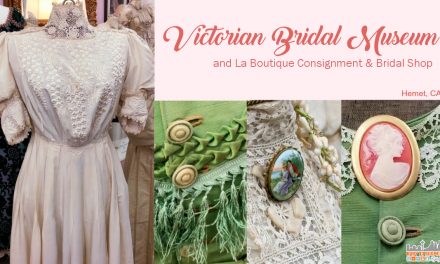 Step Back in Time at the Victorian Bridal Museum – Hemet, CA #visitsjv #travel