Venta Airwasher Review: Purifier and Humidifier in One! 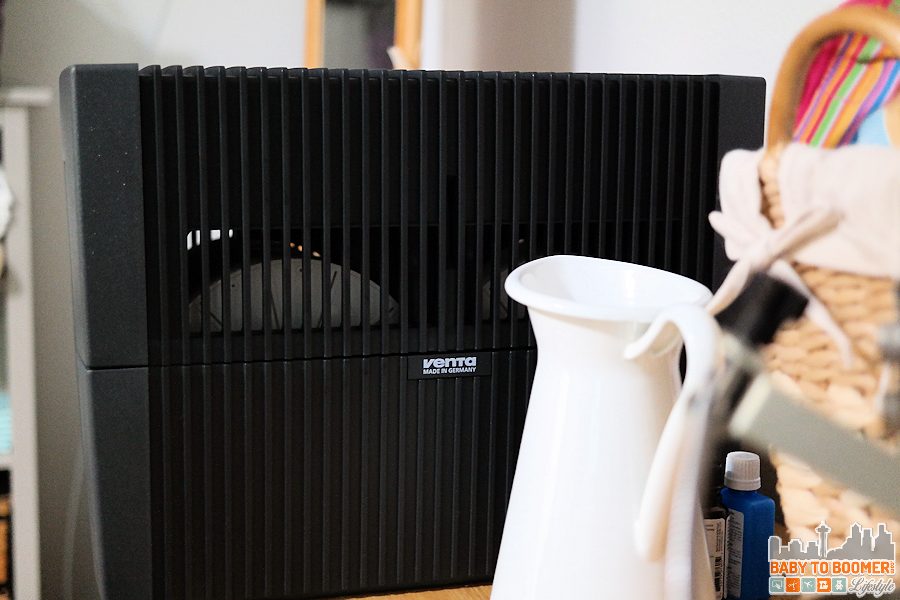 I’ll answer the most important question first. Does the Venta Airwasher LW45 work? I have to say yes. How can I say that? Because although we don’t have dry air here in Seattle very often, we do battle dust during the summer months. But since we’ve started using the Airwasher, the dust level in our bedroom has become almost non-existent. Prior to using the Venta Airwasher, a thick layer of dust coated everything which meant weekly dusting. Now after a week there’s hardly enough to wipe away. To me, that means that it truly is taking the dust particles out of the air and “washing” them which involves removing them from the air and then sending the air back out purified and humidified.

The Venta Airwasher L45 does all this twenty-four hours a day, seven days a week, with a minimum of intervention on my part. It only requires that I add water daily and every two weeks clean I’ll need to clean it thoroughly. It’s dishwasher safe, with the exception of the motor, so I can wash it in the dishwasher (without soap). Or I can clean it by hand with vinegar and warm water in the bathtub.

But we also use the Venta Airwasher to add natural scent to our room with the addition of 20 drops of essential oils (please note that using oils other than Venta’s oils voids your warranty – they are releasing their own line of fragrance oils that have been tested and approved for the Airwasher summer of 2015). The oil fills the air with scent immediately and thoroughly but without overwhelming it for about four hours. I’ve used several atomizers, and this blows them all out of the water when it comes to evenly and thoroughly scenting the air. Also, unlike traditional misters and vaporizers, this one doesn’t send out a mist. Instead, it humidifies inside the machine, so you see nothing coming out of it. The air it puts out is perfectly humidified, and they say never over humidified. I will say there’s no moisture on the wall or table near the machine so they must be right.

The airwasher does make a small humming sound, like that of a fan, which my husband loves. Since we’ve gotten it, his “white noise” fan has been turned off for which I’m grateful. The breeze the fan created bounced off the wall and blew back onto me, which meant I was constantly cold and had to sleep with my head under the blanket to stay warm. Now that the fan is gone, the light whir of the Venta Airwasher gives him the white noise he needs to sleep. Plus I get the pleasure of having purified and scented air instead cold, blowing air. Win/win!

The Venta Airwasher has been made in Germany with proven air washing technology since 1982. It’s such a simple device that there hasn’t been a reason to change it. It just runs in the background giving me confidence that my air is clean. I swear I can feel the difference on my skin though my husband says I’m likely reacting to the essential oils in the water. But I know that it’s the humidified air. 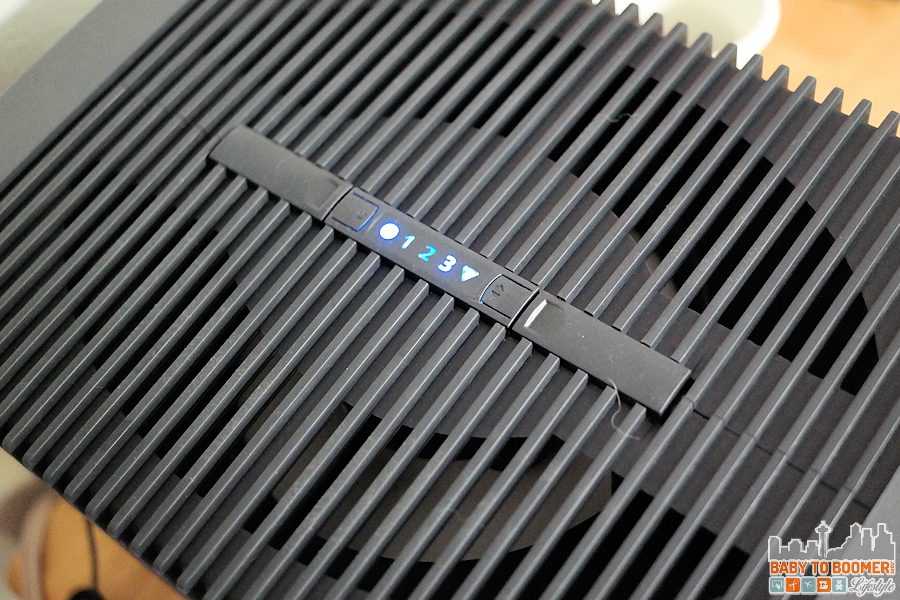 I love, love, love the Venta Airwasher and am now convinced I need one for the living room and dining room area. I’m confident that it will rid the air of the constant odor of salmon, my husband’s new food fascination, because I’m tired of smelling every single night. Plus when winter hits, I’ll have some help in the battle against dry eyes and skin, something I struggle with every year when the furnace is running non-stop.

The Venta Airwasher is available in three energy efficient sizes:

My only complaint about the Venta Airwasher is the color. I shy away from black electronics because they attract dust. That hasn’t been a problem with the Venta because it’s combatting that dust problem. Still, for esthetics, I would have preferred a lighter color. Fortunately, Venta does create a gray and white model that would be a perfect fit in our room.

Learn more about the Venta Airwasher and all of their products on their website. The Shop Venta Products to purchase your own! 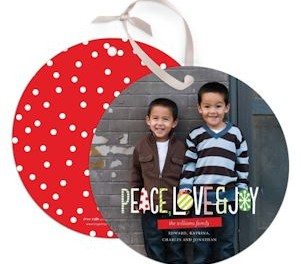 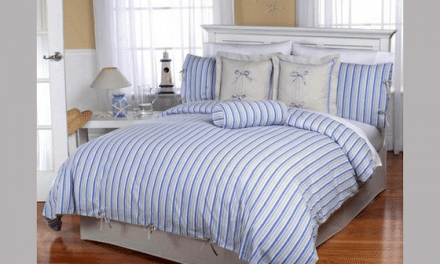 TruGreen: Is Your Yard Ready for Summer?

Deck Gardens: Gardening that Saves Water and Your Back