Someone sent me two cans of smoked fish some time last year. I don’t remember who or why, but every time I opened the cupboard they stared out at me. Yesterday I thought to look at the expiration date and sure enough, one of them expired this week. My hubby would not hear of me tossing it out, so he decided he was going to make soup with them. His idea of making soup is to take the first can of prepared soup in the cupboard. It doesn’t matter to him if it’s chicken and rice or tomato soup. He planned on tossing in these two cans of very good quality smoked halibut and smoked salmon into the can of soup and having it for dinner.

It didn’t surprise me. While I’m the person whose food rarely touches, he’s the guy that gleefully mixes up his meal and says, “It all goes to the same place!” My reply is always the same, “I prefer to enjoy mine individually before they’re mixed.”  Then once dinner is done, and I start pulling out individual containers to store all the leftovers, he’ll say, “Here, I’ll take care of this!” That means he’s about to dump all of the leftovers into one big bowl and call it lunch for tomorrow. I hate to imagine what the guys at the station think I cook for him at home since all they ever see are his bowls full of dinner remnants all stirred together and usually topped with ranch dressing.

I said no to his plan and decided it was time to make a smoked fish chowder out of them since a few weeks ago I cheated and bought salmon chowder for him instead of making it. It was much more expensive than homemade, and my husband said mine tastes better (we’ve been married for 32 years, he knows better to choose the one from the nationally recognized fish restaurant :)). But he said it truly was better, so I pulled out my old recipe and made it for him, but this time with two kinds of smoked fish since that’s what we had on hand. He said he liked the combination of the two fish and that it gave it even more interest so from now on I’ll always include two varieties of fish.

I’ve never tasted this soup because it’s made with chicken stock and fish, but I have to assume he’s telling the truth when he says it’s good. I suppose it can’t go wrong since it’s such a basic recipe and the way most chowders start out. I’m going to be making vegetarian potato chowder for myself tomorrow – I’ve forgotten how much I love it. I’ll make mine a little thicker by processing about half of the soup in a blender and then stirring it back into the unprocessed soup so I can freeze some of it. Blending half of the chowder before freezing gives you a better product when reheating. If you want to do the same for this smoked fish chowder, do it before you stir in the cream, dill, and salmon.

There’s no salt in this recipe on purpose. There’s plenty available in the smoked fish and the low-sodium broth. There are a  lot of potatoes to help counter the salt in the fish and half-n-half instead of a heavier cream to help balance it all out.

What’s your go-to smoked fish or smoked salmon chowder recipe? Is it fancy or simple like this one? 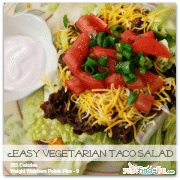