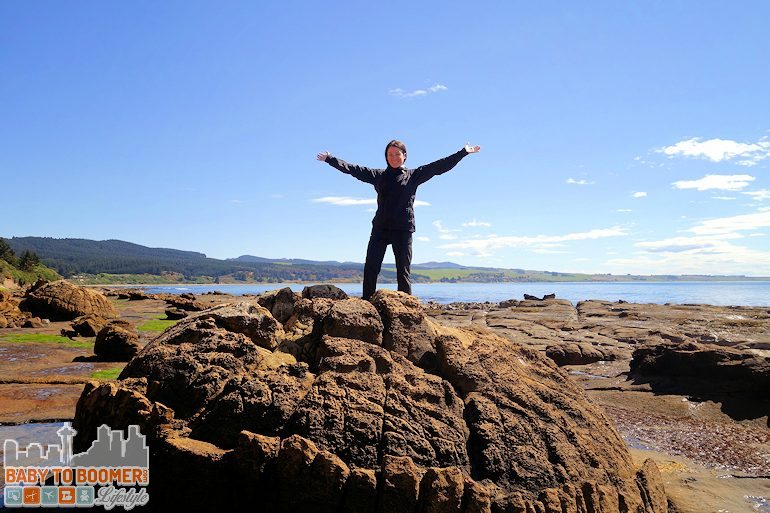 The Moeraki Boulders are one of nature’s true wonders. The spherical rocks are up to 10 feet wide and weigh several tons each and have a mythical air about them. It’s easy to see why they’ve been described as alien eggs, prehistoric turtle eggs, and a giant’s marbles.

The Moeraki Boulders are concretions created by the cementation of the Paleocene mudstone of the Moeraki Formation, from which they have been exhumed by coastal erosion. – Wikepedia 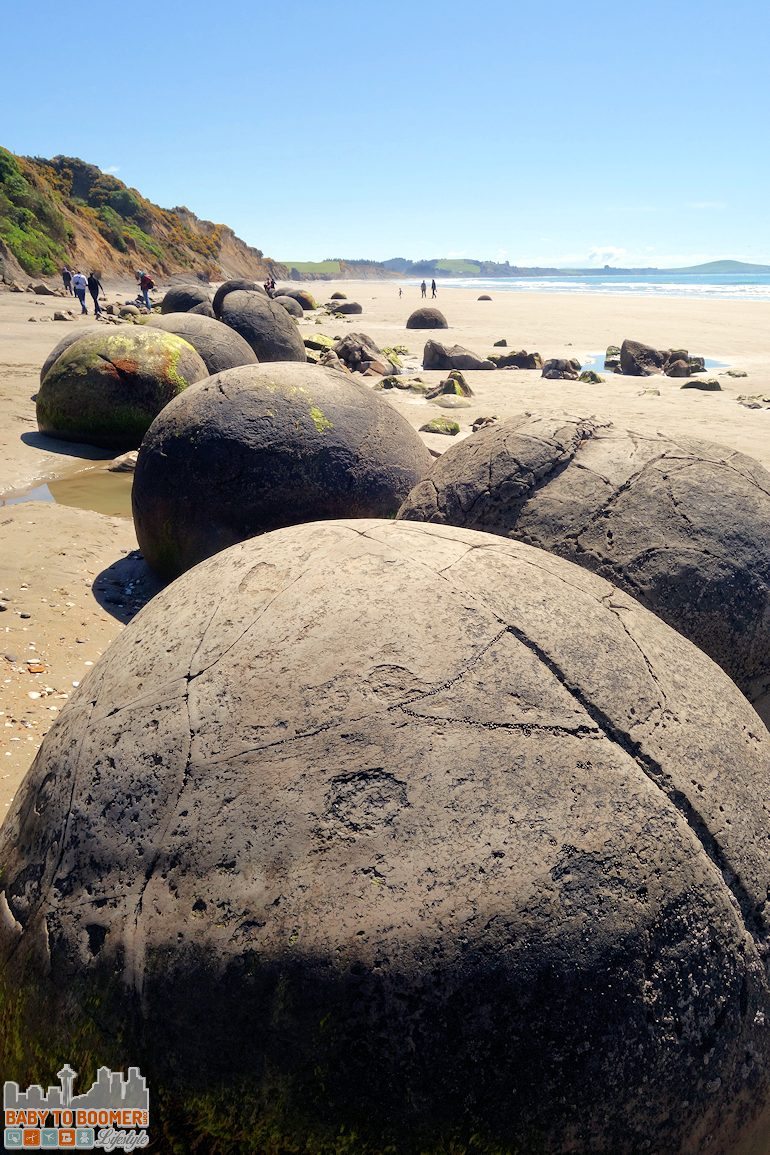 Located between Moeraki Village and Hampden, New Zealand, the rocks are a must-see stop on any itinerary. They sit on the Koekohe Beach on the stunning Otago coast.

We happened to visit them at low tide and so we were able to walk right up to them. Crawling on top for a photo seemed a natural and we couldn’t help ourselves.

Many of the boulders have large cracks in them which expose the crystals inside. Colors of yellow, brown, and rust are exposed as is the eco-system which has formed in them. While there are 50 boulders currently on the beach, it’s said that once there were many more, but they were likely taken as souvenirs. Thankfully they’re now protected and it’s against the law to damage or remove one of these treasures.

While on the beach we encountered sleeping sea lions, one which took a moment to let us know he wasn’t happy to have his napped disturbed. So well camouflaged are these huge creatures that we failed to notice him on our return trip and after nearly stumbling over him, he let us know again just how much he’d like us to  move on and leave him to his suntanning.

You can access the Moeraki Boulders through the Restaurant which sits above them, however, they charge a fee for access. For free access follow the signs for the Moeraki Park which is to the right of the restaurant. It’s a short hike down to the beach where you’ll find a viewing platform and information on the rocks and how they were formed.

Location: About an hours driving from Dunedin

Holiday Travel Safety Tips for You, Your Home, and Pets

Photo of the Day: Goofing at the Pyramids at Giza – Cairo, Egypt