I participated in a campaign for McCormick Skillet Sauce and may have received incentives or free product; all opinions are my own.

McCormick Skillet Sauces are made from natural spices and herbs. They’re available in 7 varieties including Smokey Applewood BBQ and Fire Roasted Garlic Chili Skillet Sauce. Find them at grocery stores nationwide for approximately $1.99.

I’ve been working my way through all of the McCormick Skillet Sauce varieties and today I chose the Taco with Chipotle & Garlic Skillet Sauce to try out (see our Baked Sesame Chicken recipe featuring McCormick’s Stir-Fry Skillet Sauce). But because I wanted to be able to enjoy it as well, I modified it to make it vegetarian. Instead of the ground beef that the recipe calls for, I substituted Textured Vegetable Protein (TVP®) and black beans.

Don’t know what TVP is? It’s a perfect pantry staple (thought it’s best kept in the refrigerator or freezer) because it can take the place of any ground meat in recipes. It’s a complete protein that’s fat-free because it’s made from defatted soy flour. It’s naturally gluten-free, low in calories and is a good source of iron, phosphorus, magnesium, and dietary fiber. It has no flavor of its own and takes on the flavor of any dish. It’s re-hydrated in boiling water or vegetable broth and then can be used in meat-free recipes or can be used as a meat extender. It’s the perfect budget stretcher though I highly recommend the organic TVP which is a little more, but it’s GMO-free. To me it’s worth the extra money and it’s still less than ground beef and infinitely more nutritious. 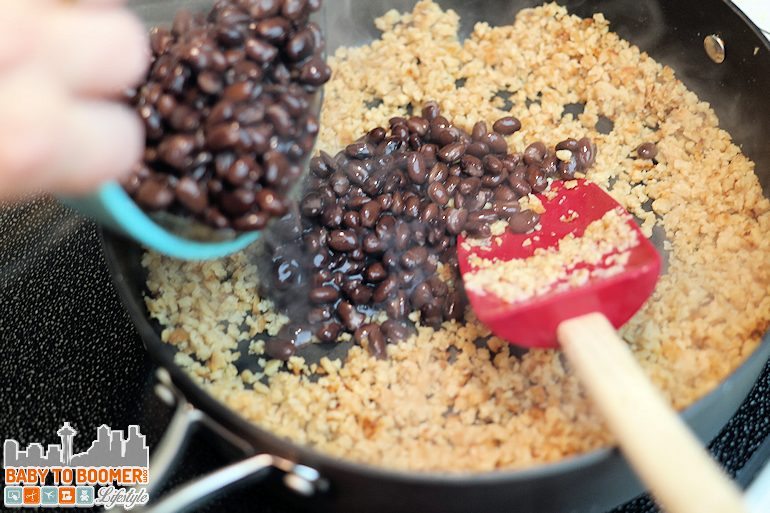 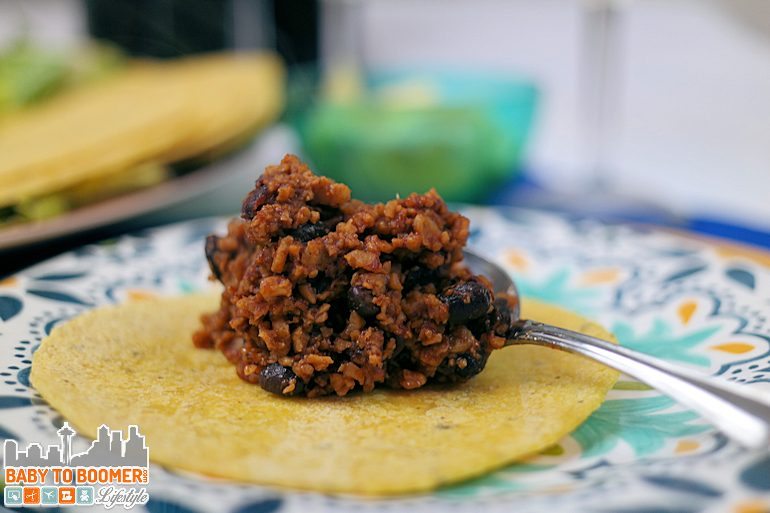 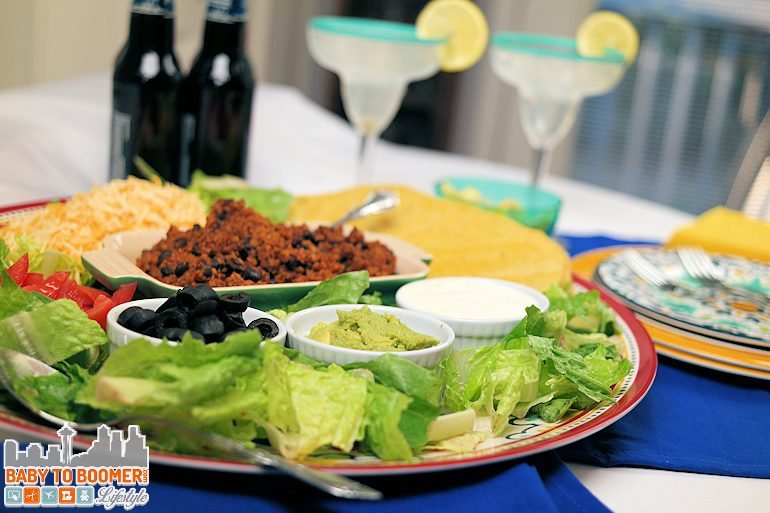 This recipe is so easy and takes just a few minutes from start to finish. It’s got a bit of a kick to it thanks to the chipotle, but not so much that a little sour cream won’t cool it down. The black beans and TVP make a great and filling base for all of the other goodies on top – tomatoes (seeded for those who don’t like the slimy seeds), lettuce, cheese, sour cream, guacamole, black olives, and anything else you like on your tacos.

Save Print
Vegetarian Tacos with Chipotle & Garlic Skillet Sauce
You can skip browning the TVP if you like. It's a texture thing - browned gives it more of a meat texture.

Serve your vegetarian tacos with Mexican Rice, Margaritas, and some cold beers. Have plenty of napkins on hand because these tacos can get messy! The bean and TVP mixture makes great leftovers and can also be frozen and reheated in burritos.

Have you tried any of the McCormick Skillet Sauces?

TVP® is a registered trademark of Archer-Daniels-Midland Co. 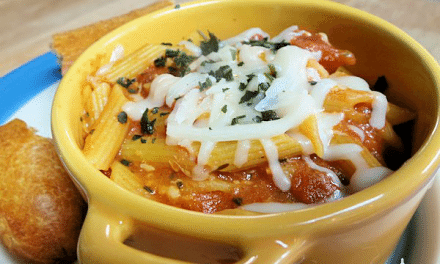