Ford Focuses on Performance Vehicles for 2015 and Beyond

This posts about Ford Performance Vehicles made by possible by sponsorship to the NAIAS; all opinions are my own.

Ford Group Vice President, Raj Nair, announced at the Detroit International Auto Show that Ford is looking forward and working on performance vehicles. In fact, they will be bringing out 12 or more through 2020. To show their commitment, Ford debuted three new cars the Detroit Auto Show. The Shelby GT350 Mustang, Ford F-150 Raptor, and Ford GT were presented with a lot of fanfare at the press preview. The general buzz among the journalists appeared to be solidly positive about the style and design of all three of these cobalt blue performance vehicles.

These three new vehicles join the Fiesta ST and Focus ST. The Ford ST line is designed for the younger generation, the Millennials, and evidently they’re right on target as Ford reports that they’re buying ST models at almost twice the rate of their standard line-up.

The 2015 Ford F150 Raptor includes some of the newest in performance technology and is so popular that they’ve had to increase the production of this off-road vehicles to five per hour to keep up with the demand.  The 2015 F150 Raptor is 500 pounds lighter than is predecessor which means better mileage and handling.

This car looks back at the Mustang history but features the best 2015 has to offer. It will will feature a 500-horsepower 5.2-liter V8 engine and fronted innovations that improve the car’s aerodynamics which result in an improved downforce and cooling. The end result is a car that doesn’t look very much removed from the racetrack.

The new Ford GT is sleek and dare I say sexy, and a car that produces the sounds and sights of a performance vehicle.

But will Millennials be the only customers interested in these Ford performance cars? I think not. All customers can benefit from the Ford EcoBoost technology as well as the advances in safety, comfort, and connectivity.

Ford’s Eco Boost technology is the backbone to the popular ST line of performance cars.

What do you think of Ford’s performance line? Find out more about Ford and all the action at the Detroit Auto Show by following the hashtag #FordNAIAS 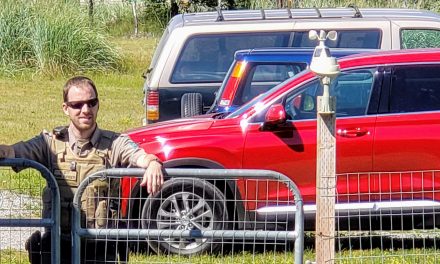 My Pandemic gift to myself: Replacing my 25-year old van