Tickets were provided to facilitate this review; all opinions are my own.

I am a caretaker and Sabra, the woman I work with, and I are both huge fans of musical theater. We’re always looking at the future show announcements and picking the ones we may want to see while they are in town. So it was no surprise that Sabra really wanted to see Dirty Dancing while it is here at the Paramount from January 20 – February 1st. When I got the opportunity to attend opening night, she was a natural to attend with me. Not only would we get to watch this classic turned into a live performance, but we would get to do it at Seattle’s historical Paramount Theater.

A Little Bit of History: Dirty Dancing – The Classic Story on Stage

This classic first came to stage back in 2004 in Sydney, Australia. It then went on a national tour through Australia and New Zealand resulting in a sold out 18 month season. A new production opened in Hamburg, Germany in 2006 where it broke the record for highest advance in European history. Since then the show has gone on to break records in London and ran for 6 months with sold out shows. The theater even had to add additional seats to accommodate for the volume of people wanting to see it. Since then the show has been seen worldwide and continues to travel for audiences to enjoy. The book writing for the live performance was done by Eleanor Bergstein who was the screen writer for the film.

I’ve never seen the 1987 film Dirty Dancing, which starred Patrick Swayze and Jennifer Gray.  I know, that’s  just crazy. But I figure this presents a rare opportunity to experience the play without any bias and get to really enjoy the performance. I can say that I was hooked from the first scene and I now feel obligated to watch the film.

The stage show was endearing and funny and the actors  all played their roles brilliantly. Sabra is a big fan of the film and noted there were a few differences between the film and stage versions,  but nothing that made it any less enjoyable. Of course you get to hear the iconic line “nobody puts baby in a corner” and sway to “The Time of my Life” sung by amazingly talented performers. And who could forget the famous overhead lift that they some how make look so effortless.

The show weaves dancing, music, and a strong story so effortlessly together.  I especially enjoyed the quirky shallowness of Baby’s sister , Lisa, and her way of making some of the more serious moments seem a little bit lighthearted. I would highly recommend this play to lovers of the movie and those that have no idea what it is about other than dancing, but who enjoy live theater.

The show runs in Seattle until February 1st with 16 performances so you have to be quick and get your tickets while the opportunity is here.

The Paramount Theater and Accessibility

I’ve been to the Paramount a handful of times now, but this was my first time that I needed to be aware of handicap accessibility. The Paramount has been around since 1928 and has been restored to keep its beauty and classic theater feel, but because it is a historical venue, it’s not completely accessible. There isn’t an elevator so anyone who can’t take the stairs needs to be seated on the main floor.

Thankfully the main floor is completely accessible including a handicapped washroom located under the stairs. Restroom facilities for other patrons are located in the basement or on their level – the main floor is the only one without regular patron facilities. The staff at the Paramount are proactive about keeping the handicap facility strictly for those who require it. If you’ve ever been to a restroom with someone that needs the accessibility stall, it can be really frustrating to wait while other users choose  it simple because it is open without realizing that it’s meant for the use of those who need the extra space. The extra attention at the Paramount meant we were able to enjoy the show without worrying about delays caused by long lines.

Wheelchair accessible seating is only available on the main floor.  We were escorted to our seats were a raised platform provides a great viewing location for wheelchair users. But even better,  I was seated next to Sabra, instead of behind her, which is common in some venues. This makes enjoy the show together so much better. The  wheelchair accessible section is located next to the aisle so we were able to leave if necessary without disturbing others and although the Paramount is multi-floored theatre, all of the basics are on the main floor, so Sabra didn’t miss out on anything she wanted to do.

Overall the experience of this show was amazing. We both loved it and I was so glad to be able to take Sabra with me and enjoy an evening at the Paramount with a friend who could enjoy the show equally if not more than I did.

7 Things To Do On The Olympic Peninsula With Kids 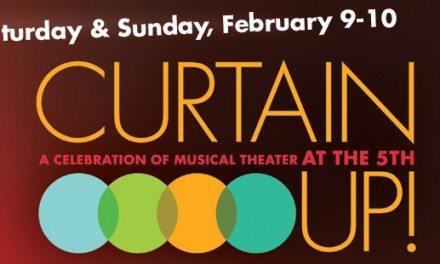