I received product to facilitate this review, but all opinions are 100% mine.

My preschooler has been riding a scooter since right before his 2nd birthday and has always loved it. This last summer, I started taking him to a skate park near our home (in the mornings before the “big kids” were up and around). He typically sticks to the smaller ramps and had so much fun trying out some new tricks — the skate park was his new favorite place and I was so proud of him for being so brave! But, usually the tweens and teenagers would show up near the end of our visit and I could see him slowing down a little more, staying out of the way. After a while he stopped wanting to go to the skate park and told me, “I have a baby scooter.”  Poor guy! I’d been noticing his beginner-level scooter didn’t allow for very good maneuverability — plus he was getting too tall for it! — and after I knew he was noticing the difference too, I decided it was time to start shopping around.

Razor Jr Mixi Scooter: Transitions from Three to Two Wheels so it Grows With Your Child

But, keep in mind — he’s only 4. I personally think that’s a little young to spring for one of the big-kid scooters. Then I found out about the Razor Jr. Mixi — a transitional scooter designed for kids ages 3+, built to allow both three- and two-wheeling scootering by making it easy to switch back and forth. It’s like a two-in-one scooter — a stable three-wheeler that switches in minutes to become a more grown-up two-wheeler when your child’s confidence and ability develop. Plus, it’s a Razor — so it’s got the coolness factor and street cred that come with such a well-known, fun brand.

This was a perfect fit for us! My son was delighted as soon as he saw it — “I’m just like a big kid now!” 😉 He rode it with three wheels for a while, and then was ready for the switch to two wheels. I will say, however, that switching from three wheels to two was not quite as easy as the Razor website instructions makes it sound. This might have been user error, but my husband and I both struggled to be able to remove the double wheels on the back to make room for the single, two-wheeler format, and had to use our own tools to do so (instead of just the tools that come with the scooter). So, if you buy it, be prepared to put in a little extra elbow grease. Here’s a look at how it works: 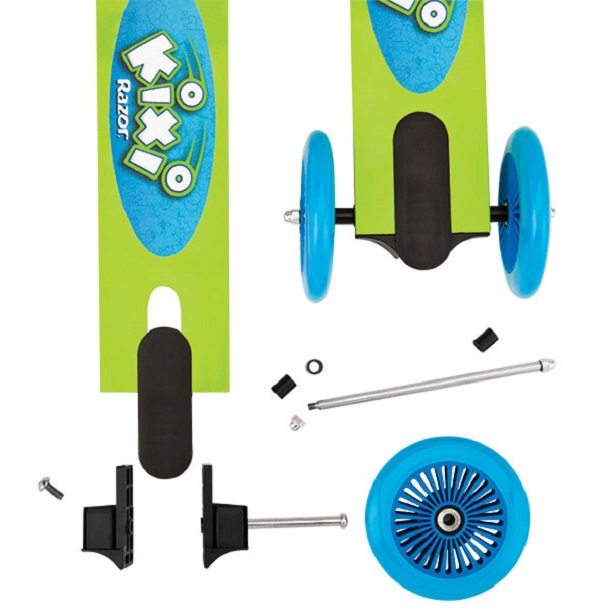 All worth it though, because my son LOVES his big kid scooter. The beginner scooter has now been passed on to my 18-month-old (who is equally as thrilled) and all is well in our scooter-loving house. Now, if only this Seattle rain would let up so we can head back to the skate park! 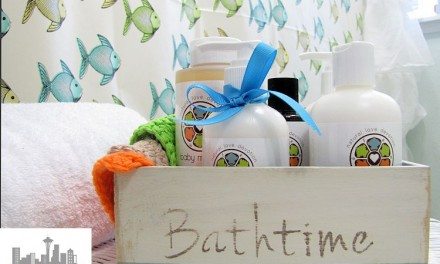 BabyBjorn Baby Carrier We: Comfort From Birth to Age 3