My wife and I are huge Disney fans so when we got the chance to cover the opening night of  Disney’s “Beauty and the Beast” in Seattle,  we said yes! It opened in the historic Paramount Theatre on 10/22/14 and if you haven’t been to the Paramount, you’ve been missing out. This elegant theatre is the perfect location for the KeyBank Broadway shows and especially this one with its opulent lobby and chandeliers.

Darick Pead as Beast and Hilary Maiberger as Belle. Photo by Amy Boyle.

The national tour of Disney’s beloved love story is only playing through October 26, so you’ll miss out if you don’t get online immediately and look for tickets. But I promise if you do, you’ll be rewarded with a memorable show that you won’t soon forget.

The show is directed by Rob Roth and stars Ryan Everett Wood as the misunderstood Beast , Jillian Butterfield as bookworm Belle, Cameron Bond as the self-centered Gaston, Patrick Pevehouse lights up the stage as Lumiere, Emily Jewel plays the caring mom, and Samuel Shurtleff is the timely Cogsworth.

Its based on the 1991 movie which featured songs by Alan Menken and Howard Ashman, with Tim Rice proving additional lyrics.

The “tale is old as time…” but in case you don’t know the premise of the show, let me tell you a bit about it. Belle is growing up in a provincial French town, but she doesn’t fit in. At nineteen she’d rather read books rather than fawn over boys and think about settling down.

The Beast was a young prince who was punished for his insensitivity by an enchantress and is now spending his days locked inside his crumbling castle where he’s falling deeper into despair by the day. The palace staff were also put under the spell and like the Beast, they can’t return to their former lives until the young prince learns to love and be loved in return. With his current mood, the staff isn’t optimistic that the curse will be lifted in time and they fear they’ll continue to be objects for all eternity. 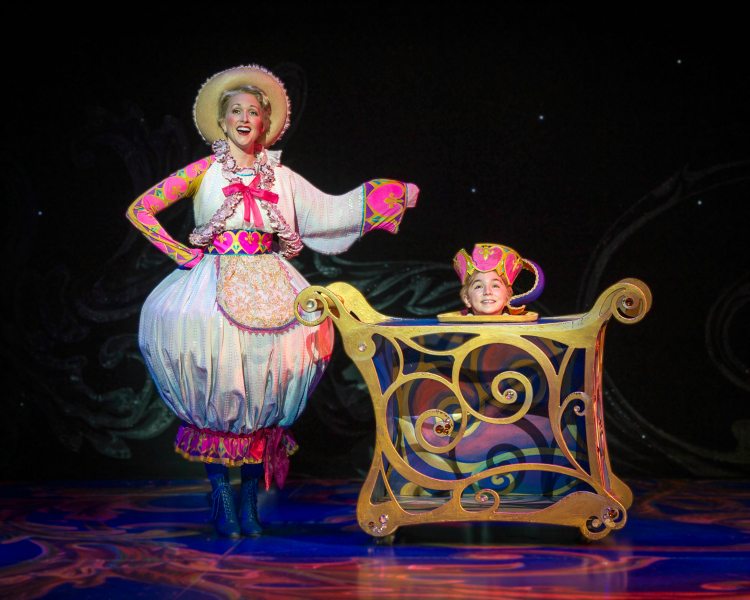 Beauty and the Beast Live on Stage – Seattle Opening Night

The writer and director brought the story to life on the stage where they were able to fill-out the characters, so we learned much more about them than we did in the movie. The music is wonderful- they’re the same songs you know, but done Broadway style – so extravagant and full of pizzazz. Of course the amazing choreography adds to the fantastic stage show that was loved by all.

As we left the theater we disagreed on who stole the show – I thought it was Gaston. The actor played the clueless, arrogant man brilliantly. However, my wife disagrees. She loved Lumier and his humor – plenty to keep the kids laughing and so much more that was meant for the adults in the audience. His lightheartedness brought humor to some of the most serious scenes which hit at the right moment. However we both agreed that the show was fantastic with a good use of special effects and an abundance of talent. The audience fell in love with this timeless love story and so did we!

Tim Rogan as Gaston and the cast of Disney’s Beauty and the Beast. Photo by Amy Boyle.

Buy Broadway at the Paramount Tickets

There’s still time to see Beauty and the Beast Live on Stage and while pick up ticket’s to this year’s holiday show while you’re there!

*2014-2015 Season subscription packages do not include Wicked or Mamma Mia . Additional purchase is required.

Check out the entire KeyBank Broadway at the Paramount Series and plan a night in town to see a show; there’s nothing like live theater!