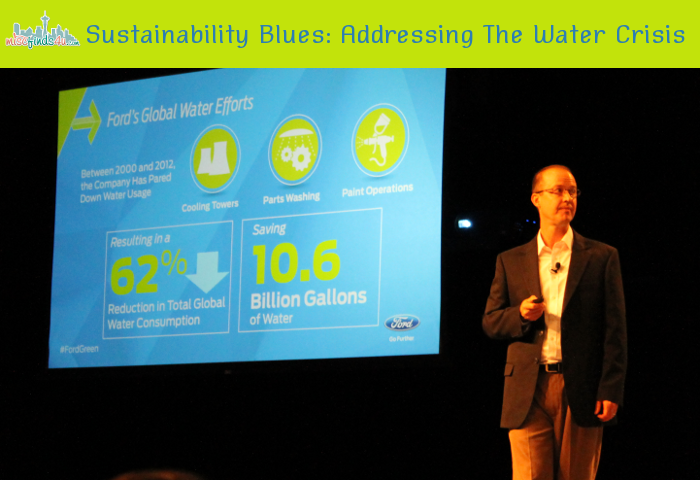 The water crisis is a huge problem that I’ve written about in the past. There are a myriad of complex issues at work, from pollution to communities lacking access to water. In order to create meaningful change, we’re going to have to restructure the way our corporations operate and what we consume. Ford Motor Company laid out the ways it is instigating this kind of change within its own company, detailing this in the “Sustainability Blues” panel at the 2014 Go Further with Ford Trends Conference.

Two prominent activists were invited to speak on the panel: Christoph Gorder, the Chief Global Water Officer at charity:water, and George McGraw, Founder & Executive Director at DIGDEEP. I loved hearing from both Gorder and McGraw about this issue and what their organizations do – the work they do is so important, and also close to my heart, as I’ve hosted parties to raise funds for clean water before.

We also heard from Todd Walton, Manager, Environmental Quality Office at Ford Motor Company, and Rob Frederick, the Vice President & Director of Corporate Responsibility at Brown-Forman, who was also involved with Ford’s corporate sustainability efforts. They discussed Ford’s global water efforts, explaining that from 2000 to 2012, Ford worked to reduce its water usage at cooling towers and during paint operations and parts washing. They achieved their goal of a 30% global reduction in water use per vehicle two years ahead of schedule; and thanks to these overall efforts, this has saved 10.6 billion gallons of water, which resulted in a 62% reduction in total global water consumption.

10 billion gallons of water is the equivalent of…

This is mind-boggling to me, and I think really illustrates the importance of getting corporations on board with environmental initiatives, because of the huge impact they have. Ford was named the Best Global Green Brand of 2014 by Interbrand | Deloitte – it would be great to see other companies follow suit! 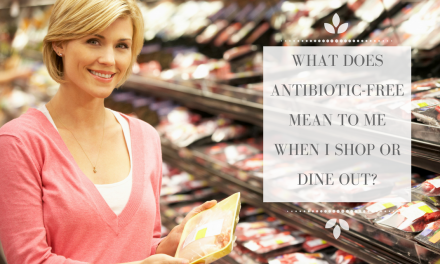 Antibiotic-Free Meat: What’s It Mean & Where to Find it in the Grocery Store & Dining Out

Lightened Brandied Pumpkin Pie – A Twist on a Southern Classic