Cooking with Kids Plus How to Create Great Videos 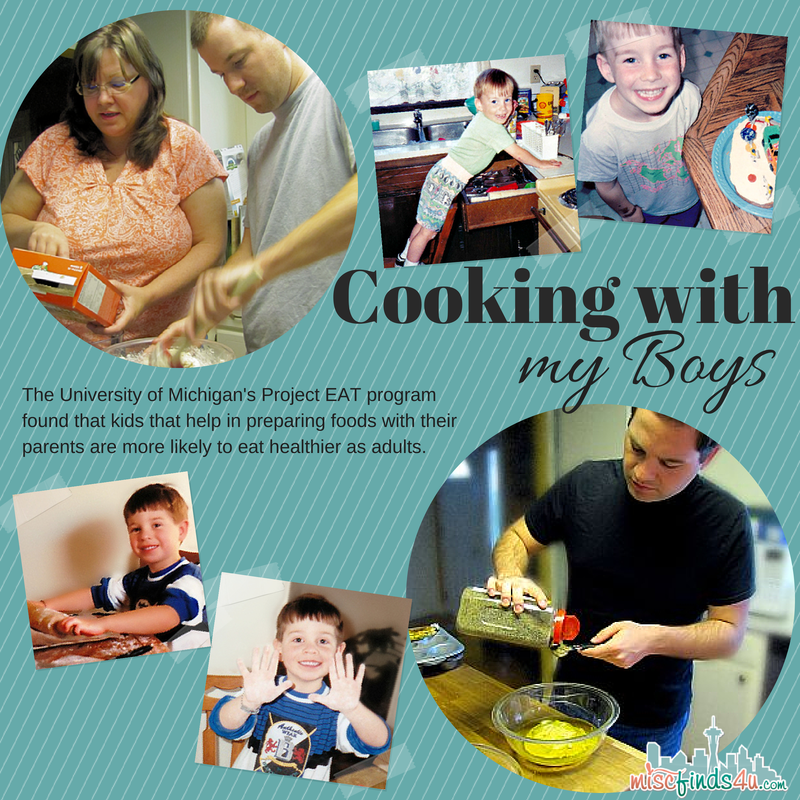 Don’t you wish sometimes in parenting there was a do-over option? I know I do. Now that my kids are grown, I have the chance to see where we both failed and succeeded as parents. With our kids, healthy eating is one place we did both.

Cooking with Kids: Where I Went Wrong​

How could we both fail and succeed? Easy, we have two very different children. They’ve been that way since they were in the womb. One was interested in food and loved playing with it, learning about it, and more. It was easy to encourage him in learning to cook with a play kitchen, plastic food, and lots of pretend time feeding us the crazy concoctions he dreamt up in his head.

Our other son never cared much for food. He had to be convinced to nurse as a baby and long into adulthood reminded to eat. He likes food, just certain foods. We used to laugh because if it wasn’t white, beige, or some completely artificial and brightly colored slurry of chemicals, he wouldn’t touch it. Even back then I knew it wasn’t right, but as parents, we couldn’t provide a united front for better nutrition so he grew up on mac and cheese, chicken nuggets, and frozen drinks from the local mini-mart that were nothing but sugar and chemicals. Obviously I’m not proud of this and would do it over if I had the chance.

My older son moved from plastic pancakes to real food before he entered kindergarten. He was a hearty eater and ate vegetables, grains, dairy, and more. He was always willing to help in the kitchen or shopping and as he got older he often cooked some of the easier meals. He started watching the cable channel devoted to food and especially a show that shares not just recipes, but the science behind cooking. He read books, subscribed to magazines, and thoroughly enjoyed the world of food.

He got a job with an airline that allows him to travel the world very inexpensively. At every stop he eats the local food, loves street vendors, and has sampled some the most unique and interesting food available.

My picky eater is still choosy, though in the last year he’s actually expanded his diet to eat a few more vegetables and even eats a green salad on occasion. He’s still too skinny and doesn’t eat enough.

Cooking with Kids: Promoting Healthy Eating & Ways to Involve Children in the Process

What would I do differently if I could do it over? Well first, it turns out I was right about involving my son in the cooking. The University of Michigan’s Project EAT program found that kids that help in preparing foods with their parents are more likely to eat healthier as adults. Teaching them how to cook gives them the skills they need later. My oldest son still cooks for himself, the youngest is learning with the help of his wife.

What I wish I had done was be more persistent with the youngest. Instead of giving in when he complained about being in the kitchen or helping, I wish I would have asked him how I could make it enjoyable for him. We tried letting him pick the recipe menu for the night, but that didn’t help. Perhaps it was too overwhelming? I think what I might have done is give him three options to pick from, each having one new food included. That would make it less frightening for him. I also would have worked with my husband to explain how his “treating” him to his sweet drinks and fast food made it harder to get him to want to experience “real” food. But I know it’s more than that because he fed the same things to our older son. So getting inside the head of my younger child to figure out what would spark a passion for food. We tried growing it, but maybe there was something more I could have done.

For those of you who are in the place now with a picky eater, you’re really lucky. There wasn’t any online help back then, only newsgroups and most were about computing, not kids. But you have a wealth of information on how to get your kids into the kitchen and learning about food, nutrition, where food comes from and more.

So how can you share the knowledge you have with others? Do you have a future chef or world traveler who’ll eat anything in the making? How about having your child participate in the Ben’s Beginners Cooking Contest? It’s a chance for you and your child to create a nutritious family rice-based meal to share with others. Your child can share your tips on how to make meal planning and cooking fun and how to get more out of the kitchen than just dinner.

So how do you create a winning video for a contest like the Ben’s Beginners ™ Cooking Contest? First, a little planning. Read the instructions thoroughly. Then read them again. Make sure you understand every detail – you don’t want to go to all this hard work to have it disqualified!

For example, to eligible for the Ben’s Beginners ™ Cooking Contest entry, entrants must be:

Both entrant and entrants’ child must be legal residents of the fifty (50) United States, including District of Columbia

NO PURCHASE IS NECESSARY TO PARTICIPATE OR WIN.

To enter, during the Entry Period, a potential Entrant must visit either (i) the Uncle Ben’s Facebook page, which is located at www.facebook.com/unclebens or (ii) www.unclebens.com

After accessing the appropriate tab or page from either Contest Site, Entrant must complete the entry form with the requested information, including (i) Entrant’s first and last name, email address, street address and state of residence, zip code, date of birth and phone number, (ii) the first name of Entrant’s Child, his or her date of birth, name of school for the 2014 – 2015 school year, school city and state of residence and zip code, and (iii) the Video described below (collectively referred to as “Entry Materials”).

Here are my hints and tips for making a great video – these apply to any video you film including contests.

I hope if you enter the Ben’s Beginners™ Cooking Contest you’ll share your link with me. I’d love to see it. I only wish I had child to enter with me. Maybe one of these days I’ll get that do over with a grandchild. You can bet this time I’m going to make it my business to figure out the activity that opens up the world of cooking and future health for the next generation.

Do you make cooking with kids a priority in your household? What have you found excites your child when it comes to food?

Cooking with your children makes for a great beginning! Visit

www.unclebens.com and click on The Ben’s Beginners™ Cooking Contest page to learn more!

This is a sponsored conversation written by me on behalf of Uncle Ben’s. The opinions and text are all mine.

5 Ways To Celebrate Halloween On A Budget

26 Years Ago Today, I Became A First Time Mom