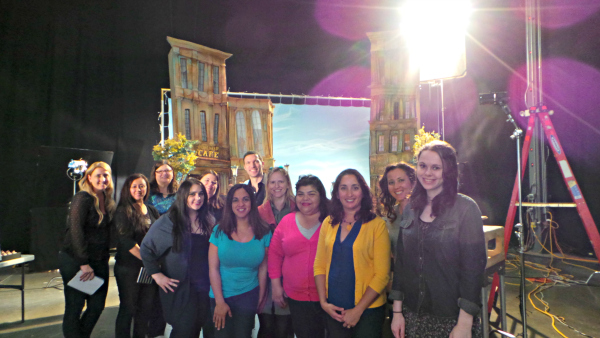 It seems like ages ago that I took part in a top secret trip to LAIKA. At the time I wasn’t allowed to tell you what we were seeing and doing, but now the cloak of secrecy has been lifted, and I can tell you about the most adorable film that will be in theatres  September 26, 2014.

I’ll admit when I first heard the title, it was hard to hide my disappointment. Box Trolls?  What the heck?  I’d never read the book the film is based on, nor had I even heard of it, but after visiting the studio and seeing a sneak preview of some of the film, I can tell you that I’m truly excited to see the rest of this sweet little story about what makes a family, a family. I’ll be sharing more about the film soon, but until then, here’s a peek into what went into the making of “The Boxtrolls.”

The studio is probably best know for its dark and moody stop-motion, feature films ParaNorman (2012) and Coraline (2009) which were distributed by Focus Features.  Both films received Academy Award nominations for Best Animated Feature, though neither took home the prize, they were both  financially successful films.

The studio is owned by Phil Knight, a co-founder and Chairman of Nike. His son, Travis Knight, acts as the CEO and Lead Animator of LAIKA. It’s an unusual position that Knight performs; unlike most animation studio heads, he’s still working behind the camera.

Travis Knight, LAIKA Studio, takes a moment out from filming the final scene of “The Boxtrolls”, to take a photo with bloggers visiting the set.

It was deep inside the massive LAIKAS warehouse, where I met Travis Knight and got a peek at the the magic of stop-motion animation. Beyond the dark and heavy curtains which sectioned off the warehouse into smaller studios, we found Knight working on the final scene for the film The Boxtrolls. This final 40-second scene would take 1000 frames of film and over a month to finish.

If I had to describe the stop-motion animation filming process in one word, it’d be METICULOUS. And slow. I know, that’s two words, but it really is akin to watching paint dry. That’s because every single movement the puppet makes, opening an eye, twitching a finger, or saying a word, can take hours to set up. Lighting must be changed, pieces moved in a  precise direction, effects created and added. It’s excruciating watching every tiny aspect of every shot – it’s definitely not a job for someone without patience to spare.

But Knight is not just moving things blindly. Every single scene of the move has been shot in “rehearsal” and then a worksheet produced that tells him exactly what to move, where to move it, and what pieces to add or remove. Still, there are so many places things could go wrong. It takes an incredible amount of focus, and a real eye for how the final product will look, to be successful. 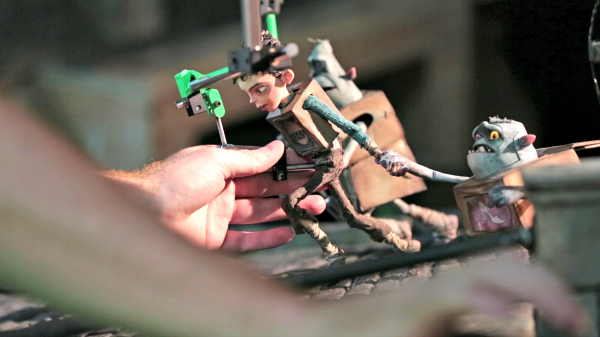 Behind the Scenes of The Box Trolls (video)

See the sets, puppet creation, and how they go together to create the final scenes we’ll fall in love with on 9/26/14,

The Boxtrolls – Making it Come to Life

LAIKA is unique in that they cast their animators for specific scenes and then allow them to own that piece of the film. Some animators are fabulous at animating certain types of scenes  – say crowd scenes – so they’re cast for them. But how does the finished film look cohesive, like it was done by one animator, instead of several? That film worksheet they created from storyboards and the rehearsal shoot keeps the film’s continuity intact in both look and feel and it keeps the project on time.

Every aspect of the animated world is considered during the filming process. Lighting is used to recreate natural shadows and highlights which produce movement and that gives these stop-motion animated film a sense of realness. It’s not hard to forget you’re watching manipulated puppets with 3D-printed faces. They take on the persona of real-life characters with the carefully crafted backgrounds sets, costumes, and movement.

Actors record their dialogue up to a year before any filming begins. They do it in a recording studio and then those recordings are provided to the animators who sync their voices to the movement of the character’s faces. LAIKA created a unique rapid prototyping facial animation system where the puppet is created without a face and pre-made faces are made to fit onto the head.

This new system took the place of the older and more time consuming method where silicone skin was stretched over an armature that was manually manipulated by the animator. But it also means that thousands of faces have to be made for most of the characters. They’re necessary to create every emotion the character will project. These faces create the differences in the eyes, lips, cheeks, and eyebrows, as the emotion begins and then sweeps over the face. That means for each emotion, it takes multiple faces to complete. It’s a little mind boggling to actually stop and think about the changes a face goes through to show an emotion. Try it. Just smile and focus on how your eyes narrow a bit, the cheeks go up, the top lip moves down in the center, the outer corners go up, and the nose dips down a bit. All that is recreated in faces and filmed, frame by frame. 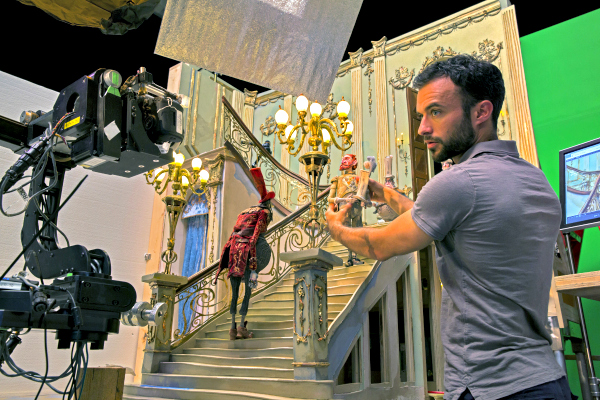 Ok, that’s enough for now. I’ll be telling you more about the sets & costumes as well as the story itself and the book it’s based on in the next few days. Until then, check out the film’s trailers plus the Behind the Scenes trailer to learn more and then mark your calendar to check this out when it hits theatres September 26, 2014. I promise you’ll fall in love with the magical world of The Boxtrolls.

The third animation collaboration from LAIKA and Focus Features, the companies that brought you the Academy Award-nominated features PARANORMAN and CORALINE. Based on the novel Here Be Monsters! (The Ratbridge Chronicles) by Alan Snow.

The Story: An orphaned boy raised by underground creatures called Boxtrolls comes up from the sewers and out of his box to save his family and the town from the evil exterminator, Archibald Snatcher. The Boxtrolls is coming to theatres September 2014. 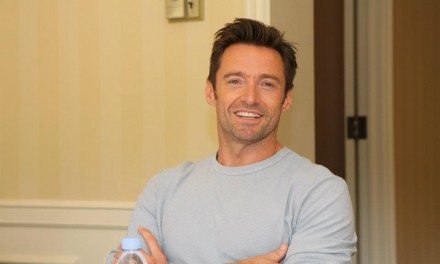 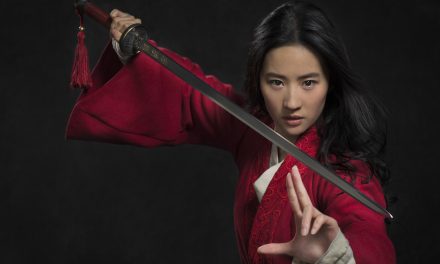