Must See Caves: Our 3 Favorite in the West and Midwest

This 3 Must See Caves in the West and Midwest post is the second is a 4-part summer 2014 travel series by Kathleen Bunn.  She’s a travel blogger who writes about her amazing adventures at Life with 4 Boys.

While you have many choices when it comes to choosing a cave to visit, there are some that are just too beautiful or unique to miss. Below are three caves you must see when traveling throughout the Western and Midwestern United States.

A short drive from Lake of the Ozarks, MO. Is Bridal Cave. This cave has been the setting of over 10,000 weddings, and it is easy to see why. This cave tour is fairly simple, with just a few spots to squeeze through. The tours are given with quite a bit of wit and humor, which makes the experience all the more enjoyable.

One of the things that makes this a must see cave to visit, is the lighting. The cave is very well lit, making it a favorite among photographers. Here you will see astounding draperies, stalactites, stalagmites, cave popcorn, soda straws and more. Tours take about 60 minutes and cost $16 for adults and $8 for kids.

Tucked away behind the visitor’s center in the picturesque Great Basin National Park is Lehman Cave. Photographers and cave lovers flock to this cave for a rare and unique formation that lurks deep inside. Shields do not form in every cave, and Lehman Cave is home to a unique set of two conjoined shields that some say look like angel’s wings, while others claim it is more like a jellyfish. Regardless of what you call it, Lehman Cave is one of the only places to view a formation like this.

Another unique feature of Lehman Cave is a bit of a controversial subject. Lehman Cave was open to the public into the early part of the 20th century and was not federally owned or protected. In those days some marked on the cave with soot from candle flames. People feel very differently about these markings.

Perhaps not as well-known as some of the other caves, this one sits in the Lewis and Clark Caverns State Park just outside of Whitehall, Montana. Those visiting should be aware that the tour takes two hours, 45 minutes of which is the climb up a strenuous hike to the cave’s entrance. The tour itself has many areas where you may have to crawl and duck down, as well as many steps.

The history of this cave is fun, and visitors can enjoy learning how tours used to be illegally operated in the early years of the cave’s discovery. This cave is great for the imagination, especially in the final room of the tour, where formations resembling frogs, alligators and even one with a small Santa Claus shaped formation on it can be seen. Tours leave at varied times throughout the day and are $10 for adults and $5 for children.

Why You Must See These Three Caves

Caves give individuals the ability to take a look at a different world that lives far below. Cave tours are a great way to not only see the beautiful sites, but to learn about how caves and the formations within them form. The three caves above may not be the most well-known, but they are among some of the most scenic within the Western and Midwestern United States.

Have you visited any of these caves? Can you recommend other must-see caves in the Caves in the West and Midwest? 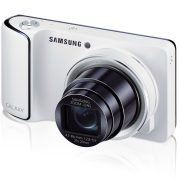 Travel Alaska: When is The Best Time Time of Year to Visit?

Touring the Past at Rock Creek Station State Historical Park