This information on the 2015 Ford Edge is brought to you by Ford. #FurtherWithFord

Last week, I headed to Dearborn, Michigan for the 2014 Go Further with Ford Trends Conference. One of the highlights of the conference was when they unveiled the new 2015 Ford Edge, their popular mid-size crossover utility vehicle.

The 2015 Edge is a big deal: It will be the flagship of the new Ford lineup globally and compete in the European luxury vehicle market. It’s also a solid contender right here in the US. Did you know that the Edge line of vehicles is a best-seller on the West coast? I can’t say I’m surprised; this type of car really is ideal for the Pacific Northwest. With my interest piqued, I spent a day getting to know more about the 2015 Edge.

2015 Ford Edge: Technology With a Purpose

All I can say is that technology has come a long way since Ford made my 1960 Mercury Comet! Today’s offerings come with so many features that we could have only dreamed of before. 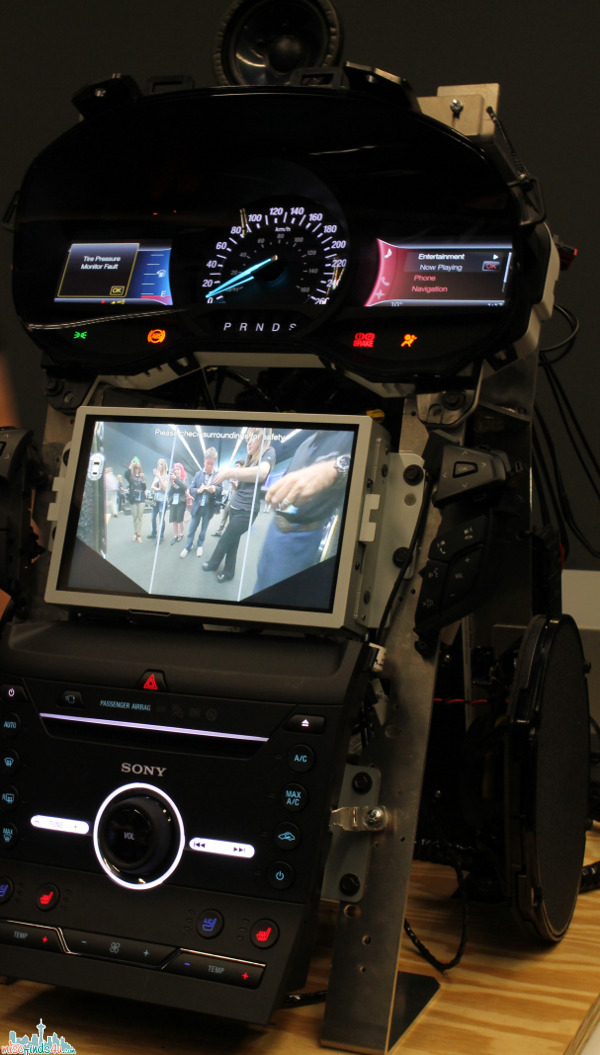 A stripped-down front dashboard with the 180-degree front camera with washer. If you look hard, you can spot me in the picture! 😉

Rear view cameras are standard now, but this is the first time I’d really thought about front view cameras. The Edge comes equipped with this 180-degree view camera on the front of the car, complete with a little washer built in to maintain visibility.

Three split screens show each angle, with an indicator on the screen to help you orient yourself as to which camera you’re looking at. I’d be really interested to try this out myself and see what the visibility is like – the Edge is a slightly larger vehicle than I normally drive, so I like the idea of having more visibility, but I haven’t experienced parking with it myself yet.

I also got a closer look at adaptive steering, a technology that Ford is launching in the Edge but could work in all vehicles will probably be rolled out in more models in the future. This allows you to customize the steering settings; this will be of particular interest to sporty drivers, but will also be more maneuverable at low speeds. I asked if I’d be able to create a custom setting to recreate the manual steering in my Comet – maybe in a future Edge, huh? 😉

I was also fascinated by Select Shift Transmission, which is essentially like driving an automatic that can go into manual when you select “Sport” mode. Isn’t that cool?

The Edge also has a 2.7 liter V6 EcoBoost engine, a fuel-efficient option for drivers.

Besides all the techie goodness, it’s clear that this is also a very attractive car! It’s been designed for luxury-minded customers with more leg room – a car that has enough space to be roomy and practical, without being overly large.

The Ford Edge will appeal to trendy consumers who like to make a statement with what they drive! 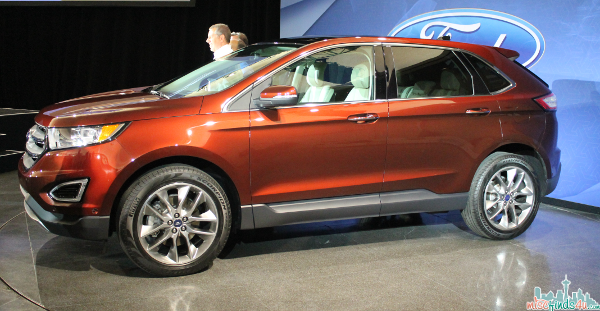 Sickweather App – Lets You Know the Illnesses in Your Area