Southwest Airlines – I Owe You An Apology

I admit it. I owe Southwest Airlines an apology. You see I had a bad experience with them 10 or 15 years ago and I held it against them. Not only did I refuse to fly them, I told my tale to anyone who’d listen.

It’s not that my issue wasn’t a small one, it involved the safety of my children, and I don’t regret standing up to them at the time. But what I didn’t factor in is that they’ve changed. I’ve flown them twice now in the last year when I was book by PR agents against my wishes. I’ll admit I was not happy when it happened and I wasn’t looking forward to the trips because of it. But I have to say that they have improved their customer service tenfold since my experience over a decade ago, and for that I have to apologize to them and update my staunch stand on not flying them.

Southwest Airlines – You Owe Your Employees for My Change of Heart

So what changed my mind? Their employees. On my latest trip I encountered such fantastic customer service that I had to melt my reserve. The first was a customer service agent at the ticket counter in Seattle. She was kind, caring, and considerate and went out of her way to provide me information I needed to find my gate. Yes, my reserve melted a bit.

Then the flight attendants on the plane carried out their duties in a professional and kind manner. I appreciated most that they don’t pull out a drink cart and block the aisle like most airlines. They provided more personal service at our seats. Plus they offered free peanuts and pretzels which have been removed from every other airline. It’s a little thing, but it was nice.

But it was my return trip that really cemented my new found admiration for the airline. First the customer service agent at the ticket counter took my bag though I was there prior to the 4-hour mark (I know, who sits at the airport for that long, but it was the hotel lobby or the airport and my car service was cheaper pre-rush hour).

Instead of requiring me to hang out in the ticketing area (which other airlines have done), she checked my bag on a much earlier flight and then gave me information on how I could go standby on the same flight or one a few hours later at no charge. Again, that’s not something available on any other airline I’ve flown – they charge a change fee and some a difference in the ticket price.

The same set-up is in Oakland – it made waiting hours for my plane so comfortable.

I was in a great mood as I headed to the gate and I mingled in with the passengers there awaiting a flight out to Denver. Unfortunately, Denver was experiencing severe weather so the gate agents announced that the flight may be delayed or even cancelled. Then they worked with customer to reroute everyone possible around the Denver hub. Again, I was amazed at the customer service.

I didn’t bother trying to get on the 2pm flight, instead opting for hanging out in the restaurant area and around 5pm I got dinner. The area was right across from the gate the two stand-by options were available, but I just figured I’d take my scheduled plane.

That was until I got a notification on my phone that my plane was going to be delayed by 30 minutes. I got up to head to the gate and I noticed the 6pm Seattle plane was boarding so I thought I’d stop by and see what the chances are I’d get on the plane.

I approached the counter and waited while they took care of an employees ticket problem ahead of me. For a slight second I was annoyed, only because of the urgency of the flight boarding, but then I remembered that crew are passengers to and relaxed.

Two very kind gate agents told me that yes, there were two seats available, so I’d likely have no trouble making it. But as I thought outloud, I decided to opt to continue with my flight since I’d paid extra to be loaded earlier so I had a better chance at an aisle seat. You see I have a neurological disorder that makes my balance a problem and I opt for a aisle seat not just because I’m tall (5’10”) and overweight, but because I don’t want to fall on anyone. I mentioned to them because of my disorder I’d wait for the next flight rather than take the 2nd to the last seat which would surely be a center seat.

That’s when they flew into action and told me not only would I get on this flight, they’d put me in an aisle seat. I protested and they instead saying, “This is about customer service.” To say I was in shock is an understatement.

I was taken down the jet way, past people waiting to board, and put in an aisle seat in the second row. Now I know they probably moved someone and I feel bad about that, but the manner in which they handled it was amazing. I told them I never mention my disorder because it’s embarrassing. I don’t look ill and most people assume it’s just because I’m fat, so I rarely pre-board. They told me nonsense, that’s what they’re here for and not to worry about what anyone thought.

So, I got home early, had the best customer experience ever, and have totally rethought out I feel about Southwest. Sure, I still hate their unassigned seats, but now that I know I can pay a little extra to load earlier, I’m ok with that.

So yes, Southwest Airlines, I humbly admit I held a grudge far too long and your people, especially Lynn at gate 24 in Oakland (identified by her workmate as the supervisor) are what won me over. Thank you.

Thinking of Taking A Road Trip? Take Along Insight Guides United States on the Road 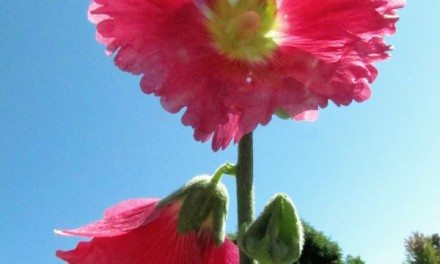 Visit San Jacinto Valley: How to Get There

What to do in Monterey CA – Elkhorn Slough Safari Tour