AT&T recently sent me a Nokia Lumia 2520 Tablet to use and explore and that I did! What’s really interesting is that it’s Nokia’s first Windows tablet which runs on Windows 8 OS and not a mobile version.

The 2520 is easy to use and handle with one hand, it is light (1.36 pounds) and has a design very akin to that of the other Nokia Lumia phones. My Nokia Lumia 2520 Tablet came pre-loaded with Microsoft Office 2013, One Drive, Music, Games, Finance, Food and Drink as well as a host of Nokia apps like the Nokia camera app and the Nokia Storyteller app to name a few.

Now it is up to the user to either keep or delete these apps, so if you have already browsed the Windows 8 store and have some favorites, there is nothing wrong with switching them out and using the apps that you feel more comfortable with,

On the top edge of the Lumia 2520 Tablet you’ll find a volume button and the power/lock button, with a pin-locked SIM door as well, together with it a micro SD slot, but that card slot is limited to cards as large as 32gb only.

Now a word of caution from personal observation, the power cable can be a bit stiff when plugging it in and removing it, so when plugging/unplugging be careful not to yank it out too hastily. The last thing you want to have happen is to have it snap off.

On to the right side, there’s a micro-USB 3.0 connector and micro-HDMI slot. This is good because you can actually connect other devices via the micro USB, but bad because I still use normal sized USB devices for everything I do. That can be remedied with the optional power keyboard which sells separately for $149. It adds two full-sized USB 2.0 ports along with a built-in battery which is supposed to last for five hours of runtime.

The fact that the Lumia 2520 is a tablet means that it is not going to be sporting the same type of high mega-pixel camera that most smartphones are carrying nowadays. The 2520 does have a 6.7-megapixel which provides good quality shots.

If I had to use the tablet for taking pictures, I would choose to take scenery shots or objects that don’t move.  Like other tablets, when the camera is use, it has a built-in shutter effect which makes it ideal for still shots and bad for action shots.

Unfortunately for me it does have a few shortcomings. First the 2520 doesn’t have a kickstand, which means if you don’t purchase the optional keyboard, you will have to either hold the tablet at all times while you use it or have to rest it on a table and look over at it. While it’s light and easy to hold, after a few hours of it’s going to take a toll. Another shortcoming for me is the lack of a full-sized USB port since most flash drives commonly used today are still full sized.

I found it very refreshing to use the Lumia 2520 Tablet. It was amazing to have a small device that could do nearly everything my PC does and thanks to its thin design and access to AT&T’s LTE network, I can take it anywhere and stay connected at all times and stay up to date on everything that I want.

I found the Nokia Lumia 2520 Tablet easier to use than the Surface 2. Plus the stunning display makes the experience even better when on the couch or in the kitchen. Having a tablet around is a handy way to look up recipes online, or using apps like Skype to continue talking with someone hands free while you finish what you are doing. Add in the long battery life, a high-quality camera, access to AT&T’s LTE network, 32GB of storage plus the room for a SD card, and it’s pretty clear Nokia did good job with its first tablet.

Thanks to its lightweight design, it’s an ideal tablet to give to a child on long road trips or for looking up bedtime stories to read. Plus with access to both the Internet and the Windows app store you can find pretty much any story that might be requested.  Plus it’s a complete entertainments system for mom & dad. It’s going to be a popular piece of technology in any home.

You can visit the AT&T website to learn more on the Nokia Lumia 2520 as well as its pricing, contract and features at http://www.att.com/shop/wireless/devices/nokia/lumia-2520-silk-black.html#fbid=Vu-KMB5XKCd. 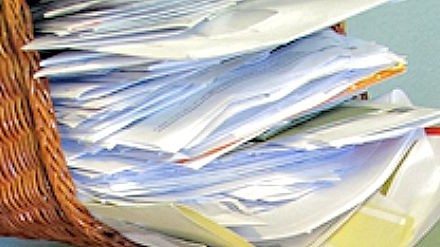 Save on LG Tone Wireless Stereo Headsets at AT&T #GIVEAWAY