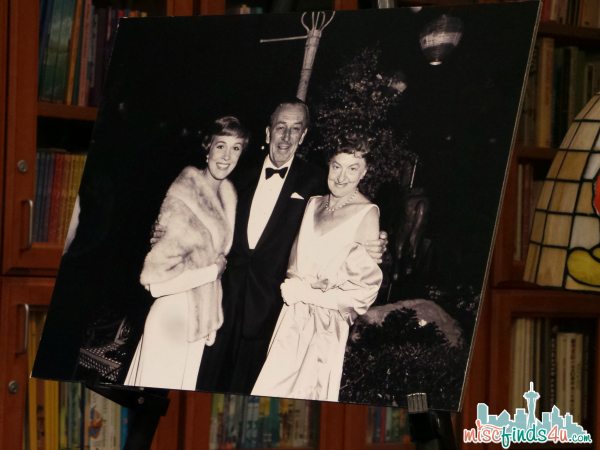 I participated in a FROZEN/Pirate Fairy Press Event which included a tour of the Walt Disney Archives Tour  – Disney provided transportation and accommodations; all opinions are my own. Read more about this event here and by following the hashtag #piratefairybloggers on Twitter.

I’ve been to tour the Walt Disney Archives in Burbank, California, several times and each visit is a delight. On this trip the new film, “Saving Mr. Banks,” was highlighted with photographs of the premier of “Mary Poppins” along with a chance to listen to some of the original recorded conversations between PL Travers and Richard and Robert Sherman about the film that would become a Disney classic. (Read my “Saving Mr Banks” review here)

After taking a few moment to look around and marvel at the historic photos and displays, we were asked to have a seat to listen to the original recordings.

What I learned by listening to them was that PL Travers was a very demanding woman who wanted to keep full control over her beloved characters. Her tone of voice and manner of speaking comes across as quite disagreeable, but it’s easy to understand how she felt the frivolity of a musical was wrong for the careful and precise character she’d created.

Behind the Scenes, MARY POPPINS Photograph Displayed at the Walt Disney Archive

The back and forth bantering between her and the Sherman brothers was very interesting. She was vocal about what she liked, and didn’t like, and though she was to have the final say about the project, it was obvious that that wasn’t exactly true. For example, she insisted there be absolutely no animation in the film, of that she was clear, and yet the animated penguins appeared against her will.

I also got the chance to hear a song which didn’t make it into the film. It’s called “Mary Poppins Medley.” The song would have replaced “A Spoonful of Sugar.” Sadly we weren’t allowed to record the song so I can’t remember if I liked it or not, but I can’t imagine the movie without the  iconic song that replaced it.

While PL Travers didn’t love the finished movie and had hoped to make changes before the premiere, the film was released on August 27th, 1964 in Walt’s vision which went on to win five Academy awards. She let Disney know she wasn’t happy with the film on premiere night though she did go on to attend the premier in both New York and England.

Travers felt some guilt over the way she talked to Disney at the Hollywood premier which prompted her to write an apology letter with a note that the second time she saw the film she enjoyed it a little more. Then after Disney’s passing, PL Travers sent a telegram with her condolences where she mentioned that throughout Walt’s lifetime she never wanted to seem disrespectful, so she never told him her full feelings about the film.  I guess in the end she had the final word, but though she may not have seen HER Mary Poppins on the screen, there’s no doubt millions of people love the character Walt Disney Studios brought to the screen.

Have you seen “Saving Mr. Banks?” I’d love to know what you thought. Did you know that if you watch the credits you get a small bit of the original recordings?

I thought I’d note that the Archives are not available for general tours; however, they do sometimes hold special D23 Member events in which fans can catch a glimpse inside. The 2013 D23 Studio tour was very popular, but a 2014 date has not been announced  to date. Watch the D23 site for more information. 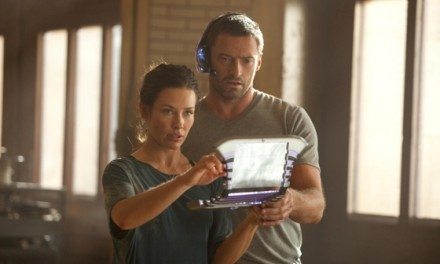 Travel: Get Outside and Explore Branson Missouri

Ditch the Space – Sublet or Rent in NYC