Which Smartphone or Phablet is Best? #ATTSeattle

I was loaned these phone and phablets by AT&T to facilitate this comparison; all opinions are my own.  The comments and opinions I make are from specific versions of each phone that do not reflect the individual phones maximum capacity in the aspects mentioned below. These are my personal opinions on the phones that I used during said time.

Over the past few months I have had the pleasure of testing the number one phones for many of the top leading companies including the HTC One, Samsung Galaxy S4, Lumia 1020, Lumia 1520, and the Galaxy Note 3 (review coming soon).

All of the phones and phablets were tested using the AT&T network and all possessed LTE which allowed for very nice connection and download speeds across all of the different phones no matter the brand.  So we can safely move to the side the issue of which phone has the better connection because at this point it’s more of the carrier, not the phone, that gives you a faster connection.

It is a bit tricky to provide a comparative review of the phones without going into the technical aspect of each one and just compare what one has over the other, so what I am going to do is compare the features that most appealed to me.

Each of these phones minus the Galaxy Note 3 (coming soon) has an individual review already done, so you can take a look at each one by checking out my other posts.  The key aspects that I will compare on each one are memory capacity, apps, size and design, and camera.  The rest of the aspects like processor, RAM, wireless tech have become mostly backseat items at this point and only users that are really tech savvy and into tech specs care what these specifications are.

Let’s start things off with memory capacity, and keep in mind that I will be talking about the phone models I had access to during my review and it does not reflect the final capability or functionality of each phone.  It is safe to say that any person that lives in the modern age has at least 20-30 gigabytes worth of audio, video and pictures.  When we go from one phone to another, one of the most important things that I do is make sure that all my stuff actually fits into my new phone.

That said, I was a bit dismayed to see that some of the top phones out there only had 16gb of memory – I am looking at you Lumia 1520 and Galaxy S4.  As I go from phone to phone putting in my music files, pictures, apps etc., I keep getting surprised at how quickly it gets filled so I believe that 16gb of memory is definitely not enough, even with access to cloud storage. I still want direct access to all of my files without having to go online to get them so I’m a firm believer that the standard should be at least 32gb and soon it should be even higher now that we are getting apps that are between 2-4gb in size.

The silver lining is that many phones have expansion slots (that is has room for a memory card) can really help out those people that carry a lot of files from phone to phone. So although the HTC One has 32gb of memory it does not have an expansion slot. So does the Lumia 1520 and S4. Both only have 16g but do have expansion slots allowing for a bit more leeway.  But it is the Galaxy Note 3 that is the winner of the group with 32gb of memory and room for a memory card.

Moving on to our next category APPS.  Now this might be a bit tricky, am I looking at apps available via the store for each phone, or apps that are preloaded and enhance the use of the phone?

Well both actually, it is no secret that the Android market has a vastly more diverse set of apps than the Windows Phone Store does, and with the Windows Store going through some changes and upgrades,  it might be a while before it actually catches up with the Google Play store.

When I got my first smart phone I had no idea what I would find in the store, it was only after I started doing reviews and switching between Windows and Android that I realized that apps I purchased and wanted to play on one market were not always available in the other.  As of now Android has my vote of having better and more diverse apps than Windows phone does.  But that is quickly changing as more and more developer’s port their apps over. The dream would be that I could buy the app in one market and not have to buy it in another, but that is a dream that will never come, so let’s move on.

As for pre-loaded apps, there are good ones and bad ones. I recently learned that most Android phones come pre-loaded with so many apps that you don’t really have 16gb or 32gb of memory available but instead you have 3/4 of it because you have so many garbage and useless apps that you are not aware of and will never use.  Unless you dive into your phone and delete each one you lose out on some precious memory thanks to the many useless applications that come with your phone that are either in beta, buggy, or you just don’t know you have them. The next time you buy a phone and before you start downloading anything go into your settings and check to see just how much memory you have available, it will surprise you.

It’s pretty standard for phones to have a few main pre-loaded apps, one for maps, another for navigation or GPS, Camera.  And I will give this one to the Lumia 1020 and the Lumia 1520 over the past few years the windows phone has done great strides in unifying and creating apps that are used across all of their phones, so that features available say in the 1020 are also in the 1520.  The camera app that first came out in the Lumia 1020 was quickly made available to all Lumia phones because of their great versatility and ease of use. It expanded camera use for newer phones and also made older phones get a breath of life so that their cameras although have lower mega pixels can still be used to create and save some awesome moments.

I want to take a moment and talk about the size and design of past present and future phones and phablets.  In the 80’s and 90’s brick phones and flip phones were all the rage and the only thing available, but it wasn’t because it was a fad or what was in, it was because battery size did not allow for smaller phones like the ones we have available today.  In the late 90’s and in the 00’s we saw a great wave of change rush over cell phones,  pre-smartphones you could go out and see cell phones the size of lipsticks, and small enough to fit in a toddlers hand.  The smaller the phone the better it was, and for a while that was all the rage.

But then came the smartphone, wireless technology and mobile internet browsing and now it has done a total 180 once again.  And we are getting bigger phones which can put the old brick phones to shame, the size of my phone has never been something I really looked at, even after I started using the internet and playing games on my phone. But it was when I picked up the Lumia 1520 with a 6in screen that I realized that all the phones I had used previously were so tiny in comparison. When I tried to go back to use the old phones, I felt like I had fat fingers on a tiny screen.

I would say that a 3in-4in screen does not cut it in today’s phones, but there is such a thing as too big, and the Lumia’s 1520 is just that.  At 6in of solid screen size, it’s right on the edge of being one of those people that looks as goofy as the people who hold iPad’s up to their ears.  Now there is a sweet spot, from all the phones that I have used HTC One (5in), S4 (5in), Lumia 1020 (5in), Lumia 1520 (6in), it is the Samsung Galaxy Note 3 that has that Goldilocks spot with a 5.7” view-able scree. It does not feel too big, but it still has that extra screen size for better viewing of movies and playing of games.

Lastly we come to the camera, that memory catching device that we all love to use in moments that are both appropriate and inappropriate.  How many mega pixels do I really need to get a good picture?  Honestly I don’t know, like in many other facets of life the more you have the better, and the same is for mega pixels in your camera.

The more megapixels, the sharper the image, the more you can zoom before the picture degrades, and the better quality you will get when you capture that perfect moment. All of the phones here have comparable cameras both the Samsung S4 and the Note 3 have 13 megapixel cameras, while Lumia 1520 has a 20 megapixel camera, but it is the Lumia 1020 and it’s 41 megapixel camera, that when combined with the preloaded Nokia camera app lets you create some of the best looking pictures, videos, gifs and animations I have seen done by a mobile device.

Each of the phones is capable of taking incredible pictures and depending on who is taking them quality may vary from phone to phone.  But it is those camera apps that come with each phone that provide that extra oomph, which make it better than the rest.  And although Android does provide some interesting and unique camera apps it is Windows phone and the Lumia 1020 which beat out the rest.

Which is the best Smart Phone?

As you can see there is no clear winner in which smartphone is the best, each one has something the other lacks, or something you want on one phone is available only on the other.  But one thing is for sure there is no lack diversity in today’s phone market, so whether you are looking for a small phone, big phone, camera phone, movie phone, you can find something that will suit your needs in one way or another.

You just have to know what you want and go find it, because it is out there and it is waiting for you to buy it. AT&T has some great phones available, the HTC ONE, Samsung S4, Lumia 1020, Lumia 1520, and the Galaxy Note 3 are but a few.  You can see more on these phones and many others at AT&T.com. 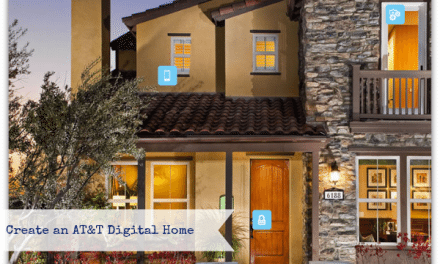 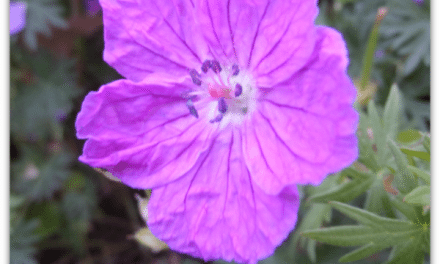 Nest Thermostat: It Learns and I Save #VZWBuzz