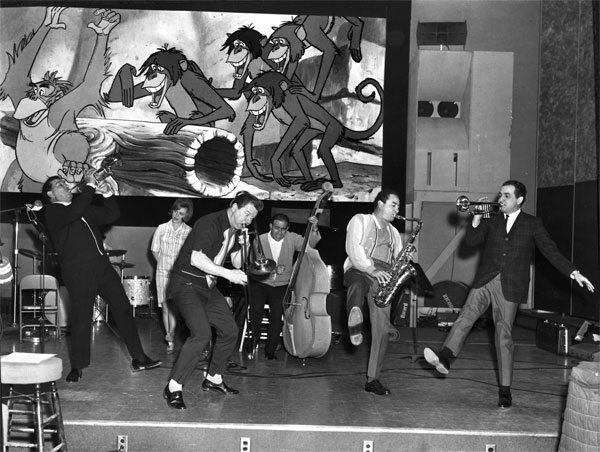 I received a Jungle Book Blu-ray to facilitate this review; all opinions are my own.

Jungle Book Behind the Scenes Photo – Recording the Music

I’m back with another Disney Classic movie review. For the first time ever,  The Jungle Book Diamond Edition,  is being released from the vault in a Blu-ray/DVD combo pack. Disney took the time to restore the original movie and it has never looked so good! The original artwork now pops and all of the songs you love sound amazing. There are the same beloved characters, melodies, and some new behind the scenes bonus features. 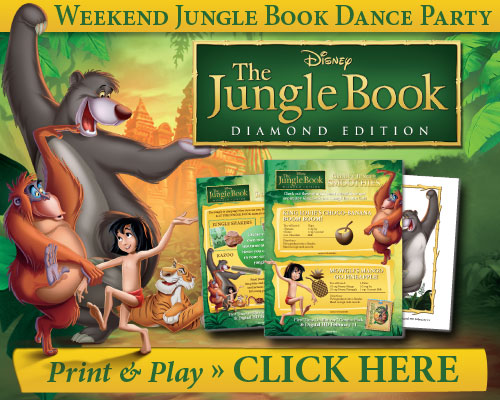 In this featurette you  get to hear from one of the composers of the music you love, one of  Walt’s daughter, and one of the animators of this amazing film. They go into detail of how Walt’s last film was made and what the process was to making this film a success which has become a treasured film loved by all. You get some real insight into the process behind the music and animation and what it was like living with Walt Disney while he was making a film that for him involved some new techniques that he hadn’t used before.

Alternate Ending – Mowgli and the Hunter

This featurette includes a story boarded alternate ending that the Disney Studios found and decided to put together for viewers to be able to see a possibility of how this film could have ended. This ending has a bigger focus on what happens when Mowgli is reintroduced to the “man village”. The whole thing is described by a storyboard animator and has simple story board art.

Kids will love this special feature. Bear-e oke sing along allows you to pick some of your favorite songs from the movie and artfully puts the words on screen so that you can sing along with your favorite characters. There are over two hours of bonus features on the Blu-ray disc and the DVD includes all the classic bonus features from its original release. This edition is something for the entire family to enjoy together. 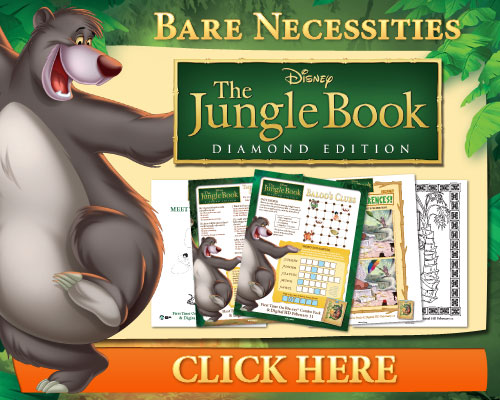