I received a VisiKey large font keyboard to facilitate this review; all opinions are my own.

You don’t have to be old and/or sight impaired to enjoy the benefits of a VisiKey® keyboard. This keyboard’s lettering is four times larger that of a regular keyboard (20/300 instead of 20/70) which can help reduce eyestrain if you’re a hunter and a pecker. Heck, I type almost 100 words per minute and I still sometimes look at the keyboard, especially for keys that aren’t used very often like function keys. Having a large font keyboard makes that so much easier.

Kids benefit from the larger font as well if they’re learning their letters or to type. That’s because instead of being in kiddie colors that are chosen for style, this one is designed high contrast black and white for quick letter identification

The VisiKey® is available in wired (Wired Enhanced Visibility Keyboard – EVIK-400) or wireless (VisiKey® Wireless Enhanced Visibility Internet Keyboard Model EVIK-410) versions so you can purchase the one that fits your needs. To use the wireless version you’ll need a Blu-tooth enable device.

We tested the wireless version and loved it. It paired easily with our computer, stayed paired, and worked as well as any “normal” keyboard. The battery life was comparable to the wireless keyboard we had attached before (battery life is dependent on your use and the power draw from the keyboard) but ours lasted for months.

The VisiKey® Wireless and Wired version both retail for $14.99. They’re a great gift for young children, seniors, and anyone else who’d benefit from a well-made keyboard with a large font. 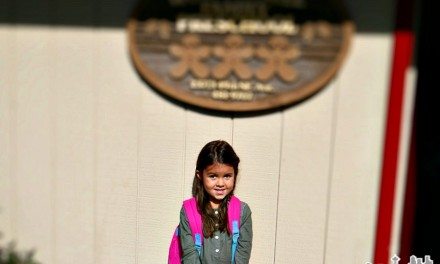 Back to School Moments with the new Panasonic Lumix G7

Protect Your iPad in the Kitchen