I received a discounted ticket to attend the 2013 IFBC conference in exchange for my honest views of the event.

I learned something about myself by attending the International Food Blogger Conference (IFBC) here in Seattle. That is, I am not a foodie. Sure, I like food, especially good food. But I do not delight in it the way that foodies do.

That’s not to say I don’t appreciate the art of food, because I do. But when I signed up to attend a food blogger conference I was hoping for something I could bring home. Some hints and tips on how to take better photos when you don’t have a window or even daylight most of the year in order to take those natural photos. Food bloggers like me live in the real world. We don’t have the luxury of cooking the same dish two to three times and passing out the food to the neighbors. We’re sharing what we’re having for dinner, but we’re expected to compete with the professionals who do this for a living.

Companies, many local to Seattle, were very generous with samples.

One such professional is the top New York Times food photographer who headed a session. He was affable and fun,  but few food bloggers have the equipment he has available to him at their disposal. I would have appreciated a session on how to get photos that are pinnable and attractive with the sparse amount of equipment I can afford as blogger. Or even suggestions on what to purchase – say the right camera or portable lighting that fits into a real world kitchen to make it possible.

I would have also like food styling help. Yes, there was a demo where a few foods were plated and then like the contestants on The Price is Right, a few chosen foodies we’re called on down to take photos. This is again when I realized I wasn’t a foodie. I didn’t care if I got photos or not. After all, it’s just food and since we eat three times a day, there will be another opportunity soon.

A sampling of the Taste of Seattle event at IFBC 13 – sadly so few choices for vegetarians but did have gluten free and plenty of seafood for others.

Will I attend the 2014 IFBC? We’ll the location is perfect. It is here in Seattle again, but unless there are some improvements in the learning aspects of it I will probably skip it. There just wasn’t enough meat on the IFBC bone for me. But if you’re a foodie who blogs? Register now. You will love every moment of it and who knows, you may see me there. 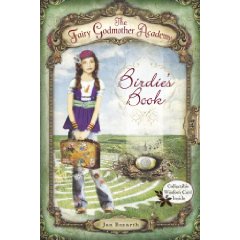 Triberr: What Is It and How Does it Benefit Bloggers?

Quote: Weekends Don’t Count Unless You Spend Them…