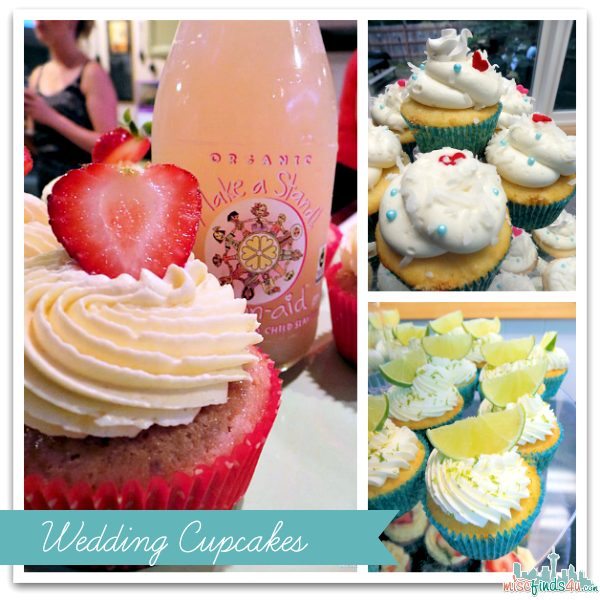 My sister is a fabulous cupcake baker so when my son announced his engagement, she stepped right up to offer her services. She gave the bride and groom a list of suggested flavors from which they picked. She and I spent two days making 6 dozen cupcakes for their wedding. They were delicious!

The first recipe was for Margarita Cupcakes. We used the recipe from the Brown Eyed Baker, but didn’t find them nearly as boozy as she claimed. In fact, they were mostly lime cupcakes, but that’s ok, they were still amazing. We doubled her recipe to make just over 2 dozen and decorated ours just a bit differently, but they were good enough to make again, only this time we’ll add more tequila during the brushing process. Granted, we didn’t use Patron, but it was a premium brand.

The second recipe was strawberry lemonade. Instead of the recipes filled with artificial colors and flavors found all over the Internet, we made strawberry cupcakes (we doubled this Sprinkles Strawberry Cupcake recipe – scroll down) and while still hot, the cupcakes were pricked all over with a toothpick and then brushed with 1 cup of organic lemonade which was reduced on medium-high heat until it was the consistency of maple syrup. We finished them with lemon buttercream icing (Sprinkles Buttercream Frosting with Nature’s Flavours Lemon Extract instead of Vanilla). We did make one mistake though  – don’t sprinkle the decorative strawberries with sugar. They start letting their juices flow and look a mess on top of the cupcakes. The cupcakes above are in pink wrappers – they were are testers. The ones for the wedding all had the same teal wrappers.

The last two dozen were made from Sprinkles Great-Grandma’s Coconut Cupcakes recipe. We toasted coconut and added it to the batter and then added untoasted coconut to decorate (I’d skip this next time). The toasted coconut gave such an amazing flavor and texture to the cakes. The recipe for Sprinkles Coconut Cream Cheese Frosting was perfect though I personally would have preferred unsweetened coconut. These were also decorated with Wilton’s pale blue sugar pears and premade white roses.

We baked the cupcakes on Friday, let them cool completely, then covered them overnight. On Saturday morning my sister got up early and frosted and decorated them all in time for the 3pm ceremony. The were fresh, delicious, and adorable!

Special thanks to my lovely sister for allowing me to help her create these little masterpieces.

Check out photos from the big day 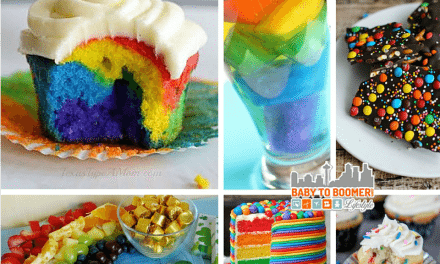