My travel and accommodations were provided by Disney. All opinions are my own.

I recently traveled to LA to attend the world premiere of Disney’s newest animated feature, PLANES. I hadn’t read much about the film and I knew none of the cast, so I went in with no preconceived notions or ideas about what I was about to see. Sometimes I think that’s the best way to see a film.

Granted, seeing the film in the El Capitan theatre on Hollywood Blvd may have added just a bit to the film. First the organ player set the tone for the event by playing Disney classics and when the film was about to begin, the organist and his instrument disappeared into the floor of the stage. Then as music played, grand curtains with thick fringe trim parted and a lighted landscape of Hollywood appeared. Layers of curtains were all pulled back until the screen was revealed and the film began.

There was no preview or short before Disney’s PLANES. We were greeted with the main character,  Dusty Crophopper (Dane Cook), flying in what turns out to be a dream….and it starts from there. Unfortunately, in the first minute of the film the character makes a disparaging remark about women. I was a bit shocked and taken aback.  Calling males “ladies” in an effort to overpower or belittle them is demeaning to women and never appropriate. But I realized while I’m not happy , it’s there, so to make the best of it.  I would hope that parent’s use it as a conversation starter with their kids about what not to say on the playground.

Thankfully, that was the only thing that caught my ear and the rest of the film was enjoyable. I loved the added dimension the 3D brought to the film, the bold and brilliant colors, and the fabulous music. The story is simple and will appeal to the under 10 crowd as well as adults, but those in between might find it dull or a bit repetitive as it follows the successful CARS formula. But I actually like that it was a simple race story that showcased that it’s OK to be yourself, but that there are times when you can push yourself to do more.

Plus there’s the subplot about living up to your own expectations, being truthful, and above all else, supporting your friends.  PLANES will be a hit, of that I’m sure, and the toys and soft goods that have been created to support the film will be huge hits this Christmas. The characters are just to adorable not to become Disney favorites. 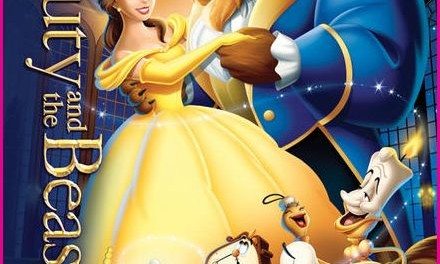