I received these Disney 3-Disc Special Edition Combo Packs to facilitate this review; all opinions are my own.

Hello everyone! After a long hiatus I am back with another set of movie reviews. This week I had the chance to watch three different Blu-Ray movie sets.These three combo packs are the remastering of some of the post Lion King-era Disney classics.

I spent a lot of time this weekend watching all six movies that included “Lilo & Stitch”, “Stitch Has A Glitch”, “Atlantis The Lost Empire”, “Milo’s Return”, “The Emperor’s New Groove“, and “Kronk’s New Groove.” These combo packs include a Blu-Ray that contains both the original and sequel to the movie, and also a pair of DVDs in case you ever want to watch them in a different room or on some other device other than your Blu-Ray player.

The first thing I noticed about these new releases was how sharp the picture was in this Blu-Ray version. I have seen all of these movies on DVD but that just cannot hold a candle to the picture quality of these new versions. If you have never seen any of these lesser-known Disney movies, I would highly suggest picking at least one of them up. “The Emperor’s New Groove” is in my top five animated movies of all time list, and it is a shame that it isn’t more appreciated. Lilo & Stitch is another one of those movies that did not receive enough praise for how great it is.

There is a lot of love and a lot of fun put into these movies and I would highly recommend any one of these combo packs to anyone out there, no matter if you have kids or not. So I give Disney six thumbs way up for these three combo packs! Keep them coming! 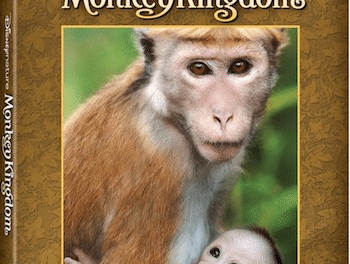