I attended Monsters University which included a screening of “The Blue Umbrella” as a guest of Disney • Pixar; however, all opinions are my own.

Finding your true love isn’t always easy and sometimes she appears right in front of you only to be lost in an instant. That’s the premise of “The Blue Umbrella,” a sweet short film directed by Saschka Unseld. The film, while completely animated, looks and feels like a live-action movie.

I had the chance to speak with Unseld about the animation process. He remarked that the look and feel of the short was made possible by advances in technology. In fact, he noted that new technology is quite often used first on short films. That’s because it’s easier to test it out without jeopardizing the production schedule of a feature film should the programming not work as expected.

Unseld also shared that this short was inspired by a photograph he took of a discarded umbrella. He wondered what the umbrella’s story was. He ruminated on what it might have encountered and been a part of before it was tossed aside. He also named all of the objects in the film, though only for his own use and for aid in production; however, as he shared the names he’d given them, it was obvious he’d grown to love the objects as if they were characters themselves.

Though not named in the story, which true to many Pixar shorts has no dialog, the city it takes place in is New York. It’s a city Unseld loves and one he made two trips to in order to replicate the buildings, shapes, and colors.

The story is sweet, universal, and well told. The animation is stunning. There’s just nothing not to love about this new short which plays before Monsters University in theatres on June 21st. 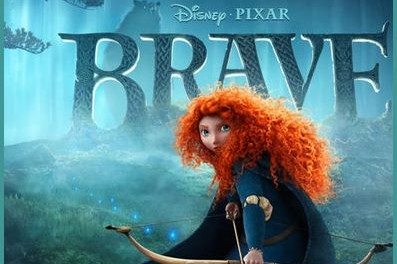