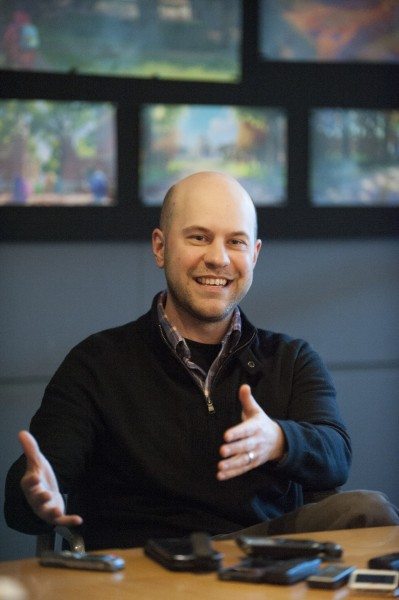 I attended Monsters University as a guest of Disney • Pixar; however, all opinions are my own.

Not too long ago I got a chance to interview Dan Scanlon. He’s the director of the upcoming Disney Pixar film, Monsters University. This is his second time in the director’s seat for this film franchise, and he knows the characters well.

Scanlon tells how the story came about. “We were hunting for the story that we wanted to tell, which was the story of how these guys met and became friends.” It became clear to the creative team that Monsters Elementary wasn’t the story they wanted to tell.

In fact, it was Pete Doctor and John Lasseter who approached Scanlon with the idea of having them meet in college. Sure, it’s a different story than the one they told of their meeting in [amazon_link id=”B0090SI44M” target=”_blank” container=”” container_class=”” ]Monsters, Inc[/amazon_link]., but it was the story they felt fit best with the direction they wanted to take the movie in. They hope fans will give them the creative leeway to take the story in another direction and not be limited by one line in the original film.

Their goal was to show these two monsters before they meet – Mike the misfit who heads to college where he meets big-man-on-campus Sully, who’s a bit of a jerk. Along the way they find themselves involved in college life and become Greek brothers almost by accident.

But what about the scare factor of [amazon_link id=”145211207X” target=”_blank” container=”” container_class=”” ]Monsters University[/amazon_link]? Scanlon’s face opens to a wide grin and he notes that, “I think initially we always sort of make these movies for ourselves, and with our own families in mind as the gauge.” He goes on to say, “But then we do test screenings and things to kind of get a feeling. It is a tricky movie when you’re dealing with the issue of fear. It is always a tough line.  You want to make sure that there’s a story that’s {as fearful} as we remember from being kids ourselves.  It’s thrilling, too.  It’s those great characters in films we remember from our childhood.”

In fact, the monsters in Monsters University are fun characters with the exception of Dean Hardscrabble, and even she shows a softer side by the end of the film.

Changing to the topic of college life and its place in children’s animation, Scanlon mentions that they worked hard at making it feel like a college, retaining some of that “wild side”, but they kept it tasteful. They modeled much of the campus life after their favorite 1980’s college films like “[amazon_link id=”B007N31Z06″ target=”_blank” container=”” container_class=”” ]National Lampoon’s Animal House[/amazon_link]” and “[amazon_link id=”B000M341R8″ target=”_blank” container=”” container_class=”” ]Revenge of the Nerds[/amazon_link],” only making them PG-rated to fit the audience. 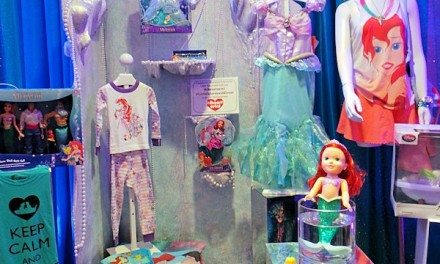