This review of the Walt Disney Family Museum was made possible by the Disney company. All opinions are my own.

I’ve had the pleasure of visiting the Walt Disney Family Museum for a second time (read my first visit trip report plus hints and tips for visiting here). It was just as magical as my first trip.  This time we were allowed to bring our cameras along so I took some photos to share with you. The WDFM uses lighting as a feature to its pieces, so while it highlights them beautifully, photographing under the lighting is difficult. Still, I hope you’ll get a sense of the grandness of this building an its homage to Walt Disney and his family.

I must admit that seeing the building again brought back a sense of awe – it’s stunning. As are the grounds it’s located on. One only needs to walk down to the end of the row of buildings to get arguably one of the best views of the Golden Gate Bridge. The interior is just as stunning. It’s dripping with the richness of Walt’s history as well as that of the animation genre.

So much of the museum is resplendent with multimedia displays – videos, movie reels, audio, and more. Photographs are grouped in fun collections, many of Walt as a young boy, through his trying years, and beyond. The photos of a young Walt as a father touched me the most. His love for his wife Lillian and his girls  was abundantly evident throughout the exhibits.

The middle section of the gallery, where the heart of the building is, is still my favorite place. Sure, there are hands-on exhibits and more throughout the building, but this is where Walt’s toy trains are and the model of his dream for Disneyland. So much of his dream came true, but it’s interesting checking out the areas on the 3D map that didn’t.

There’s also the years of strife, when Walt nearly lost everything and those when it seemed his employees turned against him. The tour ends with Walt’s death and the sadness of it still resonates all these years later.

Visit the Walt Disney Family Museum next time you’re near San Francisco. You don’t have to be a Disney lover to enjoy the rich history shared within those stunning walls. 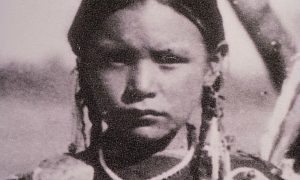 8 Tips To Get More From Your Vacation Travel

Vacation Rentals in Washington and Oregon – Finding the Right Fit