Yep, that’s right, I’m headed back to college! Considering the last time I was a college freshman it was 1980….stop laughing…it’s been awhile! Only this time I’m going to Monsters University where’ I’m going to learn the fine art of scaring!

Why pick Monsters University? Easy, they celebrate individual uniqueness’s and goodness knows, I’m unique! I just hope I can learn the fight song in time! But I won’t be alone, I’ll have 24 other bloggers to help me through it.

Monsters University – A Message From The Dean

I’ll be visiting the beautiful Pixar Campus in San Francisco which houses Monsters University. There I’ll get a sneak preview of this family-friendly film that’s due in theaters on June 21st. Plus I’ll be interviewing the director of the film, Dan Scanlon as well as producer Kori Rae. Scanlon has worked as a storyboard artist and as well as a director and he’s worked on some of Disney’s best animated films. I’ll also get the opportunity to talk with some of the animators who worked on the film.

I’ll also be viewing the animated short that will play in theaters with MU called The Blue Umbrella which was created directer by Saschka Unseld and producer Marc Greenberg. The short is just six minutes of film and is the story of a blue umbrella that falls for a fancier red umbrella – a Romeo and Juliet story told in unrequited umbrella love perhaps? After the amazing beauty of La Luna, I’m expecting big things for this little short and can’t wait to see it and besides, being from Seattle, I have an unnatural loves for umbrellas.

To finish my trip I’ll be touring the The Walt Disney Family Museum. This will be my second time through the delightfully interactive museum and this time I’ll bring my camera. I missed out on taking a fabulous shot from the museum of the Golden Gate Bridge – that’s not going to happen again! The facility is stunning inside and out and this time I hope to capture it for you!

Come With Me to Monsters University!

Press day at Pixar is always filled with fun surprises and interesting information so I hope that April 8 through April 10th you’ll watch for posts about the trip as well as follow along on Facebook and Twitter. The event hashtag is #MonstersUEvent.

Plus, if you’re not already a blog subscriber, now it a good time to sign up because I’ll be sharing numerous Monsters University related interviews and posts until the film’s release date. You’re going to want to see all the behind-the-scenes info I have to share with you! And while I’m at Pixar I’m going to pick you up some souvenirs – one lucky reader is going to win some fun stuff! 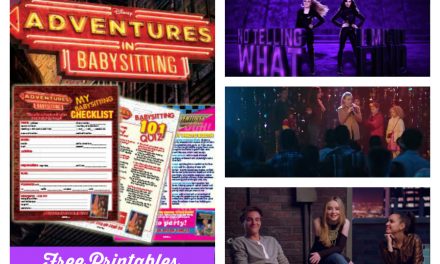