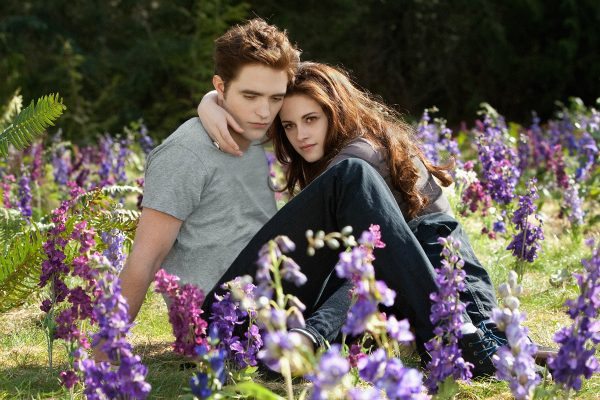 The Twilight  books and movies have been categorized as teen fiction and many times when people think about the franchise, they envision young girls wearing shirts that declare their Team Jacob or Team Edward relationship. And while I may be 25 years old, I couldn’t have been more excited when Connie told me we would be getting the final Twilight movie, The Twilight Saga: Breaking Dawn – Part 2, on Blu-ray. My favorite book genre is the young adult category and although the Twilight movies tend to seem cheesy, I can’t help myself. I have to watch them – more than once I might confess.

Too Many Twilight Movies?

When I originally saw The Twilight Saga: Breaking Dawn – Part 2, it was and the end of an all-day theatrical screening of the first four movies. It was the main event, showing at midnight on its release date. I literally got to see the development of the films, one right after the other, which was fascinating. The Twilight movies certainly have come a long way since the first one, which would make sense considering the millions of dollars every film has brought in.

By the time the midnight premier begin, you would think that I would be tired of sitting in a movie theater and consuming concession bar food all day; however, the complete opposite happened. The second the film came on I was re-energized and engaged in the story. The scenes were beautiful and heart warming and the music chosen for this film was excellent.

Of course I thought I knew what was going to happen, but the movie made sure to add a nice little twist in there for those who’ve read the vampire-themed fantasy romance novels by American author Stephenie Meyer. The entire theater audience was in shock during the closing scenes and I was actually sad to see it come to an end.

When the Blu-ray arrived, I immediately picked a date when I could sit down and watch it with my two best friends; one of whom had yet to see it.  Getting to watch this film again at home with my friends was just as great of an experience as seeing it in theaters.  Plus, not only did we watch The Twilight Saga: Breaking Dawn – Part 2, we also received the extended version of The Twilight Saga: Breaking Dawn Part 1 which has seven extra minutes of never-before-seen footage.

I’m looking forward to my next Twilight marathon fix where those extra seven minutes will be a nice unexpected surprise. I would recommend Breaking Dawn Part: II if you enjoy young adult fiction and/or movies.