In true “Housewives” fashion, Dina Manzo, formerly of the Housewives of New Jersey, announced her separation from her husband via Twitter. In a simple tweet that was sent out after midnight on February 1st, the blonde mother of one let out the secret she evidently has been harboring for some time cheered on by Lisa Gastineau, a former reality TV “star” as well. The truth that she’d been separated from her husband Tommy Manzo since October.

First, according to my count, Dina is the 18th Housewife to divorce. But more interestingly, she married Manzo in a supposed million dollar wedding that was televised on VH1. The show, called “Ep. 108, My Big Fat Fabulous Wedding: Dina and Tommy” was an over-the-top 600 guest event that was extravagant by any standards.

Caroline Manzo, her husband’s brother’s wife and her sister (yes, they married brothers) was featured in the wedding and went on to star with Dina in the Housewives of New Jersey. The sisters have been estranged for a few years following a feud that was likely fueled by another of the housewives.

Dina has since left the franchise but has struck out on her own with a move to HGTV where she hosted “Dina’s Party” which has aired for two seasons.

Who Didn’t See It Coming?

I could have predicted this split up. You see the groom revealed during the wedding confession that he had cheated on his future wife for a few months prior to their nuptials. Call me crazy, but it seems spending a million dollars, which included live butterflies, isn’t enough to keep a couple together.

Sadly, Dina does have a child from her former marriage and now she’s going through her mother’s second divorce.

I’m not sure why people think sharing their lives on TV is a good thing. The number of marriages torn apart far, outweigh the few that have stayed together; marriage is hard enough, that’s pressure no one needs. But then someone who feels the need to be the center of attention and a wedding whose cost could feed a starving nation isn’t exactly one that understands these subtleties of life. 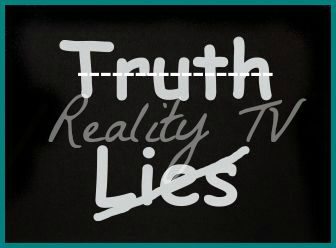