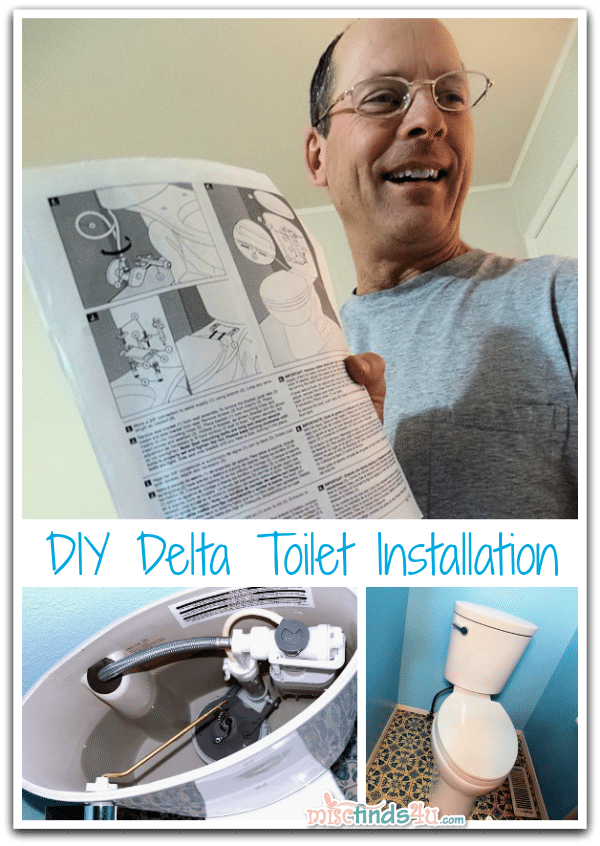 Update 3/27/13: We have tried to clog this toilet every crazy way you can imagine….it’s uncloggable! Seriously! Our old one clogged several times a week. We’ve had this one for over two months, and the plunger has been retired. My only tiny complaint is that the seat back knocks the back of the tank off slightly if you’re not careful. Minor flaw and one most people won’t notice. I never thought I’d be so excited about a toilet! But not cleaning up after on that clogs continuously is priceless. All of our toilets will be switched out to this one  as soon as we have time.

We moved into our starter home 25 years ago this April. When we moved in the house was already over ten years old, and much of it was out-of-date. Additionally, it was cheaply built and with except its location, it was a bit of a junker.

We always intended to fix it up and flip it. But life got in the way, and we decided that this house would be ours for much longer than we’d intended. And now almost three decades later we’re looking at finally fixing it up so we can move on and retire somewhere else.

We’ve been working on upgrading the house slowly as time and money allows, but there’s one room that’s been neglected for 25 years. That’s the master bathroom. It still sports the original 1970’s patterned linoleum floor and until today, the 35-year old toilet. We’ve tried over the years to make it more water efficient with add-ons and tank ballasts. But none of that worked and worse, it’s started clogging quite often.

I did a video interview with handyman Chip Wade few weeks ago about some problems we were having with the toilet, and he recommended that we replace it. (read: HGTV’s Chip Wade Answers My Questions about Holiday Home DIY.) So today my husband took about 5 hours and slowly pulled the old toilet out of place (the bolts were rusted in place and the flange took some time to dislodge) and soon the ugly old toilet was gone and in its place now sits a sleek, modern, and water efficient Delta toilet.

We installed the Delta C43904 Corrente Elongated Toilet, which has their WaterSense® feature which will save water without sacrificing flush capacity. It also features their SmartFit™ Tank-to-bowl connection which is designed to reduce potential leak points and keep you from over-tightening the fasteners and thus cracking the toilet.  The other interesting thing about this new toilet is how tall the seat is. It’s designed that way to make getting up and down easier, and it’s compliant with the ADA requirements.

But what about installation? That’s the beauty of the Delta Corrente Toilet. It’s meant for the home handyman. It comes with most everything you need to remove the old toilet – disposable gloves, toss-away scraper, a sponge, and a cloth for cleaning up the floor and for plugging up the sewer hole while the toilet is removed.  This makes removing the toilet easy.

The installation is simple as well. There are no tools needed with the exception of the SmartFit™ Multi-Tool, which is provided and fits the bolts. It also has a 2-in-1 screwdriver adapter to secure the other components. There are step-by-step, illustrated directions so you know you’ll be able to complete the job on your own.

This Corrente™ model also has a special feature that makes cleaning easier. The toilet seat unlocks so you can remove it to clean completely under the latches. The elongated bowl shape is perfect for small areas like ours, but there are traditional round bowls as well.

These toilets are available at The Home Depot and range in price from $189 to $315 depending on the features.

Video: How to Install a Delta Toilet

Remodeling with Retirement In Mind After 22 Years In Our Home