I love Disney movies and always look forward to their release into theatres. But there are some movies that I can hardly stand the release date anticipation and with each knew clip, poster release, or interview, I get more excited.  Disney’s OZ THE GREAT & POWERFUL is one such film! While it doesn’t open in theatres until March 8, 2013, I’m already planning on seeing it the moment it comes out.

The new fantasy/adventure film stars James Franco, Mila Kunis, Rachel Weisz, Michelle Williams, and Zach Braff. This is a cast that should make this story into one memorable film. But what is the storyline that has me so excited? Consider it a prequel to the other famous film from the Land of Oz. You know the one based on the book by L. Frank Baum.

In this story, we learn more about the characters Baum created. Their background, where they came from, and the challenges they faced that made them the characters we love. James Franco plays Oscar Diggs, a small-time magician in a ragtag circus. His dubious principles and his lack of integrity get him tossed from Kansas and into the Land of Oz.

It’s in Oz that Diggs meets three witches, Theodora (Mila Kunis), Evanora (Rachel Weisz) and Glinda (Michelle Williams). He thinks he’s hit the jackpot of fame and fortune, but the witches are not convinced he’s the great wizard they’ve been waiting for.

Of course they’re waiting for a wizard to save them from some problems they’ve been having and Diggs is thrust into the position of figuring out who’s evil and who’s good and he needs to do it before it’s too late. In doing so, he becomes the all-knowing wizard we see in the L. Frank Baum story. 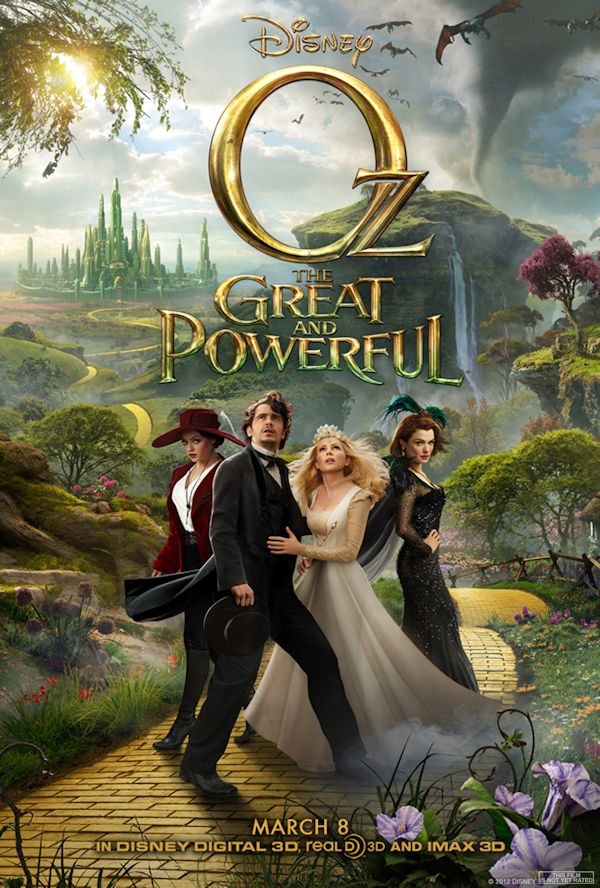 What a great premise, huh!  The characters look amazing and I expect Disney’s  OZ THE GREAT & POWERFUL to become a classic film.

Connect with  OZ THE GREAT and POWERFUL