Gift Ideas: Captain No Beard An Imaginary Tale of a Pirate’s Life Book

This is a Sponsored post written by me on behalf of Carole Roman for SocialSpark. All opinions are 100% mine.

The one thing I never regretted buying my kids was books. The plastic toys and electronics all became garbage in record time, but a good book lasts forever. I generally bought them hardcover books and those books were passed on to other children when mine outgrew them. But I tucked away a few special ones to regift to them when they have children of their own.

I still buy children’s books as gifts for nieces and nephews. I look for great illustrations, a wonderful story, and a storyline that leads to conversations. I’ve just picked up such a book, granted this time it’s in Kindle form, my how the times have changed! The book is “Captain No Beard An Imaginary Tale of a Pirate’s Life” by Carole P. Roman.

This new book is filled with fun characters taking part in and adventure that includes pirates and mermaids and a little bit of excitement. Geared for kids ages 3-8, it’s a fun little read that will give you and your child lots of opportunity to discuss imagination, pretend play, and make-believe.

I love the cheerful and fun illustrations which are filled with fabulous details. These pages are balanced out by text-only pages which are a great way to help kids with recognizing letters and words. The text-only pages also build up the story and create anticipation for the next page.

Alexander and his cousin take their three stuffed animals on an imaginary voyage across the ocean. Upon boarding the Flying Dragon they become Captain No Beard, First Mate Hallie, and their pirate crew is Mongo the mast climbing monkey, Linus the loud mouthed lion, and Fribbit the floppy frog. It’s on this trip that the crew learns some pirate lingo and Captain No Beard realizes it’s not easy being the captain and having everyone rely on him for information.  When they come across some rough seas, the crew must to work together as a team to keep the boat and its members safe.

About the Author – Carole P. Roman

Carole P. Roman is a former teacher and business woman, but her favorite job is that of being grandmother to her many grandchildren. “Captain No Beard” is her first book but she’s already working on her next project in the series, “I Want To Do Yoga, Too.” Plus she’s working on a new educational series that will explore different cultures from a child’s point of view.

Consider putting this new action adventure children’s book under the tree this Christmas. Who knows, maybe this is the book you’ll put away for your children’s children. 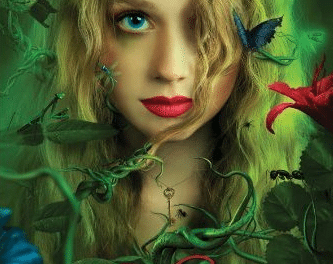 Quotes: Maya Angelou Quote on Finding the Peace and Patience Within

Gift Suggestions: Cookbooks for the Foodie on your Christmas List

Quotes: Maya Angelou Quote on Finding the Peace and Patience Within